Home  »  Magazine  »  Books  » Interviews  » Interview »  Those In The Centre Of The National Debate Must Speak Out: Amish Tripathi

Those In The Centre Of The National Debate Must Speak Out: Amish Tripathi

Author Amish Tripathi talks about his new book, Raavan, the third in his Ramachandra series, after Ram and Sita. 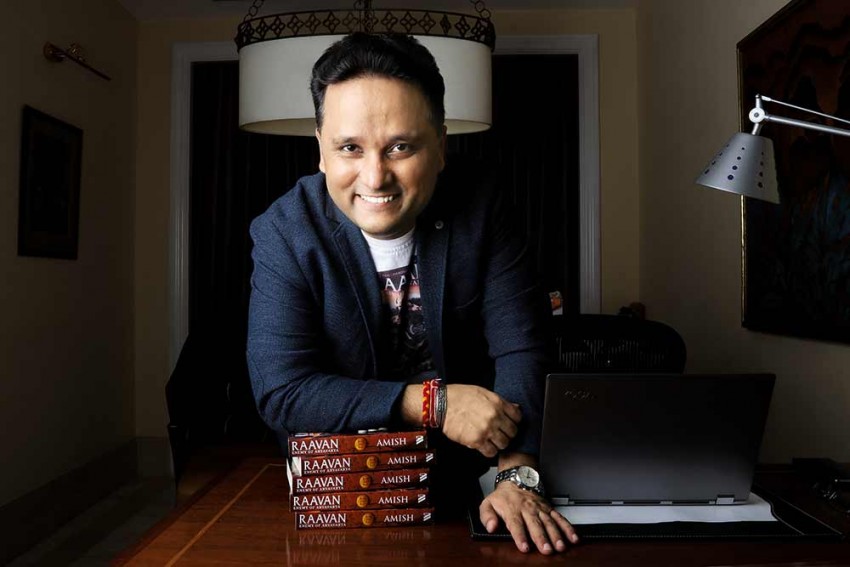 Photograph by Suresh K. Pandey
Satish Padmanabhan July 17, 2019 00:00 IST Those In The Centre Of The National Debate Must Speak Out: Amish Tripathi 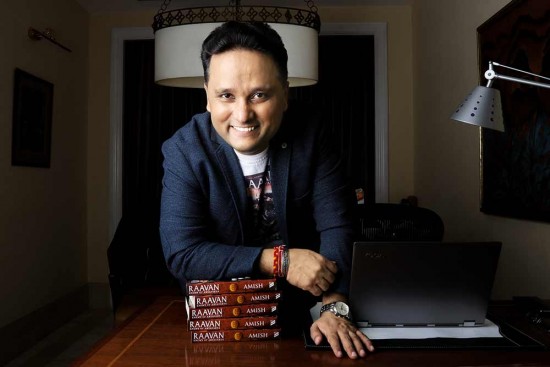 Amish, the author who made mythology cool, is a bestselling Indian writer in English whose books have sold five million copies. His new book, Raavan, the third in his Ramachandra series, after Ram and Sita, is the darkest and deals with a complex character. Amish talks about villains in our stories, how India is not proud of its culture and extr-eme religious positions with Satish Padmana­bhan. Excerpts:

There have been so many retellings of the Ramayana and yet its power remains intact. How were you swept by it?

I had heard these wonderful lines—no Indian reads or hears the Ramayana for the first time. We are just born with it. We are a surviving ancient culture and these stories are in our genes, helping us explore them, learn from them, celebrate them. One reason why our culture has remained alive is our tradition of retellings—keeping the soul of the old but adding something new. We have the ideal mix of rigidity and flexibility. I learnt much I write today from my family. My grandfather was a pandit in Kashi; my parents are deeply religious.

Your new book Raavan is one of the darkest you have written. What kind of research goes into it?

“In our popular culture we have lost so much of the depth or nuance of our ancestors. I put the blame entirely on our education system.”

I don’t do research for a particular book. Whenever I am not writing, I keep reading. I read five to six books a month, I read non-fiction and my favourite genres are mythology, spirituality, science, politics, economics. I travel a lot and learn something about local ways. For instance, in Kenya I was fascinated by the warrior culture of the Masais.

Raavan is a very dark character. But he is different from your ordinary villain. He’s a scholarly, very complex man, he is not just violent. He is a brilliant musician, poet, good dancer, a good administrator. He is a fascinating, and troubling, character to write about. Even his violence is kind of studied…he will actually behead someone and look closely at the gaping neck, how the blood is spurting out. For him that’s a path to knowledge.

In our popular culture, do you think depictions of Raavan have become monochromatic?

Not just him. Sadly, in popular culture we have lost much of the depth and nuance of the original. I blame our education system. We teach little about our anc­ient culture, our ancient texts, our traditional plays. In an atmosphere of ignorance, half-baked knowledge will prosper.

What do you mean by not teaching our culture?

But you know there is the narrative that our past was not all great….

No, that’s not what I am saying. Yes, there is a painful part of invasions as well. I think one of the misfortunes of India is that our historians called the Turkic colonial rule ‘Islamic rule’. Nobody calls British colonial rule Christian rule. To my mind, calling Turkic colonial rule Islamic is a major mistake. Islam didn’t come to India with the Turk invaders. Islam came a lot earlier. In fact, the second oldest mosque is in India. The Delhi sultans were Turkic. You read the list of nobles, you will find no Indian Muslims there; they were all Uzbek, basically all Turks, and their administrators were all Persians. But that’s not what our history books say. We must be the only culture which is not proud of its past.

Only sometimes, pride touches fantastical levels—there was plastic surgery in ancient India, or there were test tube babies, that we had missile technology. That is when the problem starts.

Test tube babies and missile technology are clearly fantasies. But of plastic surgery, there is evidence. The first recorded rhinoplasty, or nose reconstruction surgery, was recorded in a British magazine by British soldiers who saw it being done on a soldier of the Maratha army. The procedure the surgeon follo­wed was exactly the same thing spoken of by Sushruta a thousand years ago. Our education system doesn’t teach us that, so genuine achievements get merged with fantasies.

What I meant was half-baked knowledge leads to some bizarre claims about our past….

Yes, absolutely. No knowledge is as dangerous as half-baked knowledge. But rather than beating our chest about the achievements of our ancestors I would like us to take inspiration from it. Compared to the rest of the world our ancestors had great achievements. But where are we today? The solution really is only knowledge—or fantasy and ignorance will prosper.

In the present political atmosphere, everything seems to be getting lost in this extreme right or extreme left arg­uments. The middle core, which perhaps forms the largest part of our country, is getting lost in it as you have pointed out.

“Sadly, modern Indian liberals don’t realise that the ancients are their biggest ally. But they haven’t read any of the ancient texts.”

I never comment on politics. As for politicians, it’s their job to get votes. India is a difficult country and I have a lot of respect for politicians. My thing is more on the public debate space. This has sadly been captured by two groups of extremists. Left-wing extremists want to deride everything about our past, don’t want to talk of religion, our spirituality, our achievements. And right-wing extremists think we were the only great people. I genuinely bel­ieve a vast majority of Indians are in the centre. But perhaps we don’t speak loudly enough. Or are so fed up with the debates and say ‘I don’t want to be a part of this’. I think those of us in the centre must speak out more.

You have also said that some feel going back to our past is at variance with liberal thought, which is equated with Western thought, while we had the most liberal thinkers.

I think there is a reason why liberalism is losing the argument. It is sad because if there was ever a point in time when the world truly needed liberalism, it is today. The biggest enemies of liberalism are liberals themselves. They don’t truly understand the land they are in. Almost none of us resonate with the West. So, we have to use arguments which connect here. And fortunately we don’t have to make things up; you only have to read our ancient texts. Sadly, modern Indian liberals don’t rea­lise that the ancients are their biggest ally, but they haven’t read many of our ancient texts. They have been brought up largely on Western texts. The ancient versions of the Ramayana, the Mahabharata, the plays of Kalidasa, of Bhasa, of Shudraka, will have a huge positive impact. It’s not just a Hindu thing; Buddhist, Jain, Sikh, Indian Islamic interpretations. Only an Indian Muslim could have said: Ya toh masjid mein sharab peene de saaki/ ya aisi jagah bata jahan khuda na ho.