After his acclaimed Ibis trilogy, author Amitav Ghosh returns with his new book The Gun Island, a powerful tale of migration and a world that is constantly changing. Read excerpts from his interview. 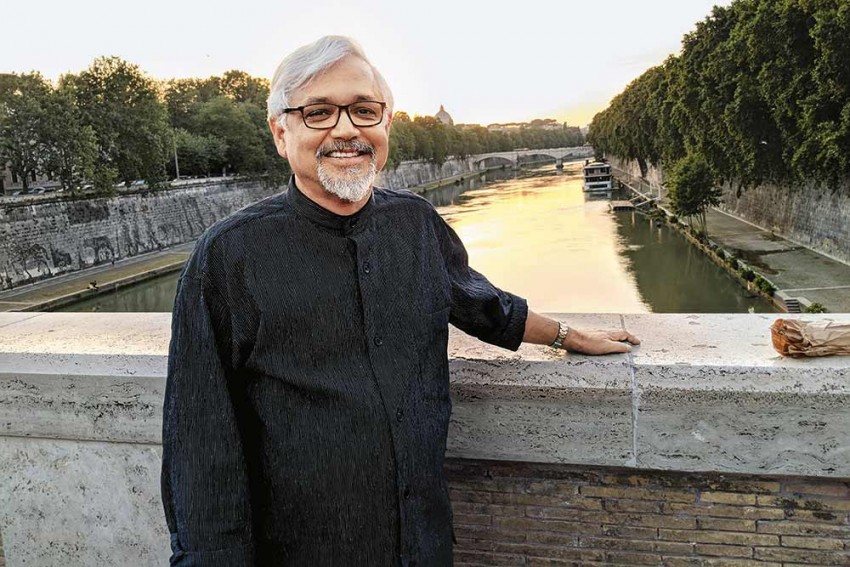 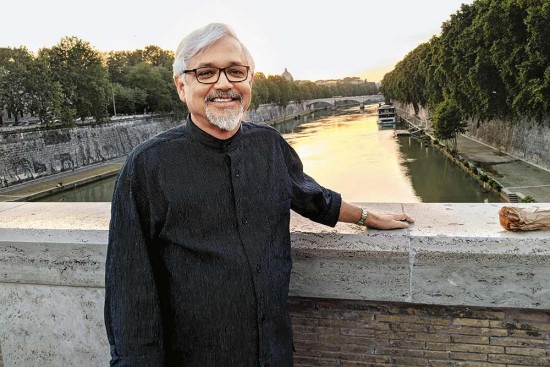 The only writer to get the Jnanpith Award for writing in English, Amitav Ghosh, is out with his new book, The Gun Island. After his acclaimed Ibis trilogy, he returns to fiction with a powerful tale of migration and a world that is constantly changing. Ghosh met Satish Padmanabhan for a conversation. Excerpts:

Your new book is in thriller mode, alm­ost Dan Brownesque, sweeping thr­o­ugh continents, from the Sundarbans to Brooklyn to Venice, and there are mysteries, secret symbols and codes. It’s written with frenetic energy, isn’t that a new thing for you to do?

Yes, there was a sense of urgency in writing it. When you look at the state of the world, when we look at the reality that surrounds us, I think it is impossible not to be urgent.

Well, you just look around you. The temperature outside is 46-47 degrees, some of the highest temperatures recorded in this city. I lived in Delhi for years, we never saw anything like this. Sim­ultaneously, there is a cyclone (Vayu) hitting the coast of Gujarat…there is this prolonged drought, farmers in villages in Maharashtra and Karn­a­taka are without water. You can see this complete weirding of the weather acr­oss the planet. What is even more terrifying is the reality that this is just the beginning. That it is only going to get worse.

How come reasonable, thoughtful people still deny climate change? There is this big lobby, particularly in the West, which argues that climate has always changed, it is just that we are able to record it now so it seems alarming.

There are many issues here. The lobby is not all over the West; it’s only in English-speaking countries, in the UK, US, Canada and Australia. This is very much a sort of Anglophone phenomenon. Secondly, it is not surprising. The big oil companies have been spending something like $200 million a year on funding these lobbies. Obviously, it is in the oil and coal companies’ interest to pretend there is nothing wrong. They are actually following the playbook of the tobacco companies 20-30 years ago. Naomi Oreskes, a historian of science, has shown that they are following an older script.

They have sold the idea that man’s inte­rference in nature is so minuscule that in the broader scheme of things it is impossible for him to make an impact.

Look, it is no longer possible to claim that climate isn’t changing. So, their second line of defence is that humans are not changing it but it is happening on its own. It has been clearly demonstrated that there are anthropogenic impacts, it mainly comes from the burning of fossil fuels. But when it serves people’s interest, they just tell lies that are constantly exposed.

The other theme in your new book is migration, a hot political topic the world over. How do you see that unf­olding, is the backlash against mig­rants increasing?

“The neo-liberal ideology behind globalisation is an aspect of acceleration of people and goods that’s so damaging. People are now horrified, but it’s too late.”

Migration and climate change are connected in multiple ways. For example, when people’s lands are swamped by the sea they have little option but to move. Similarly, when there is extreme drought, as in the Sahel, or desertification, as in parts of Sudan, people are directly displaced by climate. There is another way in which migration and climate change are connected. We live in a world in which because of communication technology, information is going around in billions and billions of bytes every nanosecond, goods are circling around the world through logistics technology, things aren’t made in a single factory anymore, different factories make different parts, then they are assembled through these logistical chains. So, you have goods circling at endless speed around the planet…how can you expect that this acceleration will not affect humans? These communication technologies are absolutely fundamental to migration. Every movement in the journey is made possible by them. For example, the payments to the traffickers are made through phone, the routes are discovered through phones. Both climate change and migration are effects of the same thing—which is acceleration.

Globalisation, both economic and cultural, was the mantra in the ’80s and ’90s; you couldn’t say a word against it. After this explosion of globalisation, do you think more countries are now raising barriers for both trade and people and looking inward?

This neo-liberal ideology behind globalisation was also an aspect of this acc­eleration that we see. I think it’s cur­ious that it is only now that people are waking up to realise how profoundly disruptive these new technologies are. But it’s too late. People are recoiling in horror from what they have unleashed. I met a migrant who said that they keep talking about stopping migration…it can be done easily, it can be done in five minutes. I said how and he said just shut down the internet.

That’s when you realise you are no longer in control, I mean, is it even possible to shut down the internet? Maybe the internet will fight back. It’s reached a kind of self-awareness which will not allow itself to be shut down. That’s the scary and uncanny thing about it, they can be as nativist as they like but can they do without their iPhone? And that iPhone cannot be made without the logistical system. So, that’s the paradox—this nativism is using the same technologies as that which makes migration possible. They call it nativism, but if you look at the sort of stuff that is said by the Indian right or the Turkish right or the Australian right, they just copy each other, saying exactly the same things. Is there any genuine localism in that?

The other term you touch upon is ‘slow violence’, that the media doesn’t spend as much time on the violence unleashed by climate change as on riots or bomb blasts.

Slow violence is a term coined by literary critic Rob Nixon. The part of climate cha­nge that get covered are the wildfires or big tornadoes or cyclones. But the way climate change is impacting most our lives is exactly like this terrible heatwave, like the droughts. They unfold very slowly, they are not spectacular processes for a newspaper to report on. But they are incredibly violent. People are dying, they are shortening people’s lives.

The place you keep revisiting in your writings is the Sundarbans. What is that attracts you to the mangrove forests so much?

“Nativists raging about migration cannot do without their iPhones. That’s the paradox: they use the same technology that enables migration.”

I have a very long relationship with the Sundarbans, through an uncle who used to work there. Over the years I have visited it a lot. Then I wrote a book about it, The Hungry Tide. The Sundar­bans is a very powerful landscape, it imposes itself upon you, it’s so unique, so distinct. It is also ecologically very fragile and it is suffering the impact of climate change in catastrophic ways. There was a cyclone in 2009 which des­troyed many lives. Since then we have seen a massive outmigration from the Sundarbans…not just people going abroad but even within India. In Kerala and in Karnataka, the Bengali is the working-class people now.

You were one of the first people to sign a petition against the politics of hate before the general elections began. Now the results are out, the new government has swept in, how do you react to it?

I signed the petition because it was really unobjectionable, I mean who would want politics of hate? So many writers were there, sometimes you have to stand in solidarity with the people in your profession. Whatever may be the case in these elections, I don’t think it’s correct to say it’s just the politics of hate. It’s a much more complicated scenario than that.

Money Is Important, But I Will Continue To Make Films, Regardless Of Funding: Nitin Chandra