Plassey, with its web of cruelty, loot and intrigue, is relived in fresh pungency 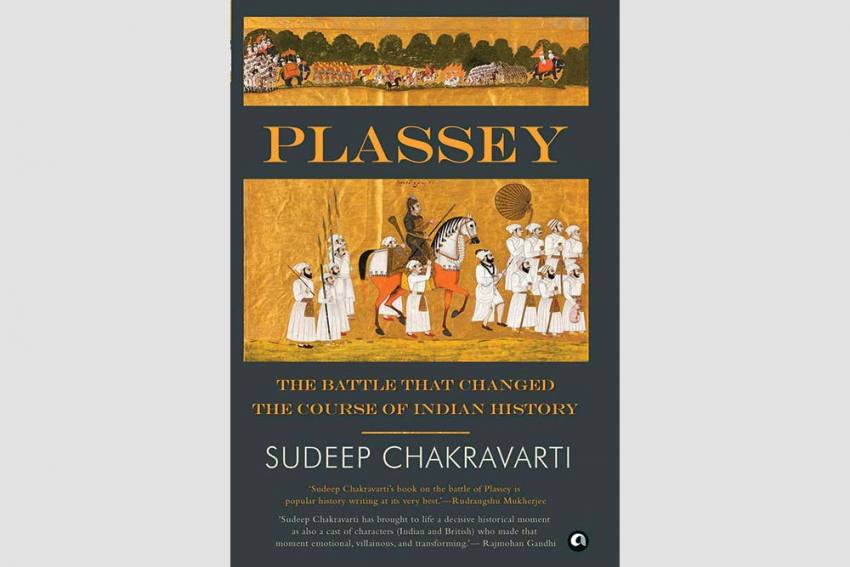 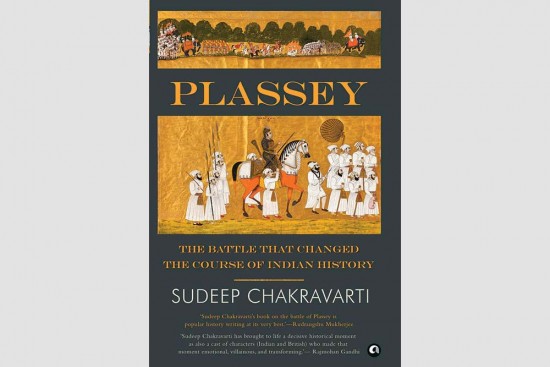 Plassey: The Battle That Changed The Course Of Indian History
By Sudeep Chakravarti
Aleph | Pages: 440 | Rs. 799

Treason, playboy princes, multinational corporations and exotic locations. If Plassey were a television serial that would probably be the promo for it. Sudeep Chakravarti’s Plassey brings dense research to bear on a battle that did in a sense change the course of Indian history since it established the British as a power in eastern India.

Chakravarti traces the history of the East India Company’s trade in the east, the constant fallings out with the nawabs, starting with Murshid Quli Khan and Shaista Khan, moving on to Alivardi Khan, the last of the powers in the region, and ending with the outmanoeuvred Siraj-ud-Daulah. Tellingly however, he starts his book with the young ‘Bob’ Clive at his uncle’s, where he earned a reputation for temper and fisticuffs. Robert Clive, his uncle wrote, had a tendency for heroics even though he did listen when admonished. Clive’s greed and Siraj’s pride came into direct conflict.

Siraj thought that all foreigners could be ruled by a slipper. Further, he antagonised the rich Jagat Seth and made enemies in his own family. Then there was the black hole of Calcutta.

For some British historians, most people were unaware of who was in control of the country, there was political confusion and no one really objected to the ‘Feringhees’. There was also a difference of opinion where Siraj was concerned—many Indians, including Ishwar Chandra Vidyasagar, did not (retrospectively) approve of the 24-year-old nawab. Fatally, nor did his aunt, the beautiful Ghaseti Begum, who joined the ranks of conspirators against him. Siraj underestimated the British, convinced that all foreigners could be ruled with a slipper. Other mistakes were catastrophic—he slapped Jagat Seth, then the most important banker in the Asian world, publicly, thus ensuring his finances would be thrown into the balance against him. Then came the infamous Black Hole of Calcutta. Chakravarti details Holwell’s accounts of the incident to point out that it was not ‘fake news’, as Siraj supporters, including historians like Jadunath Sarkar, insisted, though Holwell’s shifting statements made that seem very likely.

The result was a lock-in between the British and anti-Siraj Ind­ians, culminating with a secret treaty between Mir Jafar and the British. Siraj-ud-Daulah hoped the French would stand with him against the British, but despite possible French gains, they refrained from interfering.

Everyone knows what happened at Plassey; the reader waits to see how the book plays out. While historians may scream against the reiteration of established tropes, Chakravarti dramatically pits a ‘giddy-headed’ young nawab against a slightly older Clive, who has already distinguished himself at Madras’s Fort St George. The rest, as the author’s nuanced and detailed narrative tells us, was a combination of monsoon rain and bad luck for Siraj.

Set against the background of Murshidabad with its Lake of Pearls and names like Hazarduari and Namakharam Deori, the merciless looting of Bengal and the rise of the Raj in India seem the stuff of Shakespeare, with Siraj as a misguided Macbeth.