In this whodunit, each concept of the preamble is dissected in the light of Ambedkar’s radical thought and critiques. A coruscating book, but it could have benefited with dialogue with other scholarship. 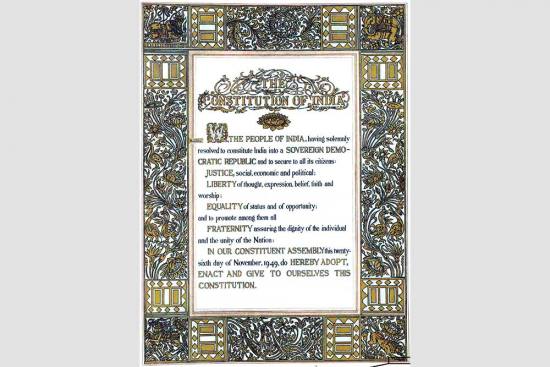 As the Indian constitution turned 70 on January 26, 2020, hundreds of thousands of ordinary citizens gathered in streets across the country protesting the new citizenship law, through collective recitations of the preamble to the constitution. Since its promuglation, social and political movements had made claims using particular provisions of the constitution; artists and writers around the freedom of speech, political parties challenging preventive detention, people’s movements around the right to food or education, regional movements for local autonomy; what set this moment apart was the unprecedented engagement with the preamble itself.

Aakash Singh Rathore’s book is prescient in its hope that it will “spark a renewed passion for the preamble”. Ambedkar’s Preamble is a cross between a scintillating detective thriller, a necessary companion to Amebdkar’s life and thought and a sharply focused glimpse into the intellectual foundations of the Indian republic. The first half of the book is a whodunit. Rathore asks who wrote the preamble to the Indian constitution and assembles a cast of likely suspects: Jawaharlal Nehru through his objectives resolution; B.N. Rau, the learned advisor to the constituent assembly; the collective efforts of the seven-member drafting committee and the sole authorship of Ambedkar himself. Through a forensic comparison of drafts, skilful reconstruction of committee meetings and drawing on the conceptual history of the vocabulary of the preamble, Rathore makes a persuasive case for Ambedkar’s authorship.