The Insider Who Needs A Pedestal

As the top Indian diplomat in the British Indian government and then as a confidant to top leaders like Nehru and Patel, V.P. Menon did more to determine the contours of the Indian republic than most prominent Indians. Consigned to relative obscurity, this scholarly biography aims to correct the oversight. 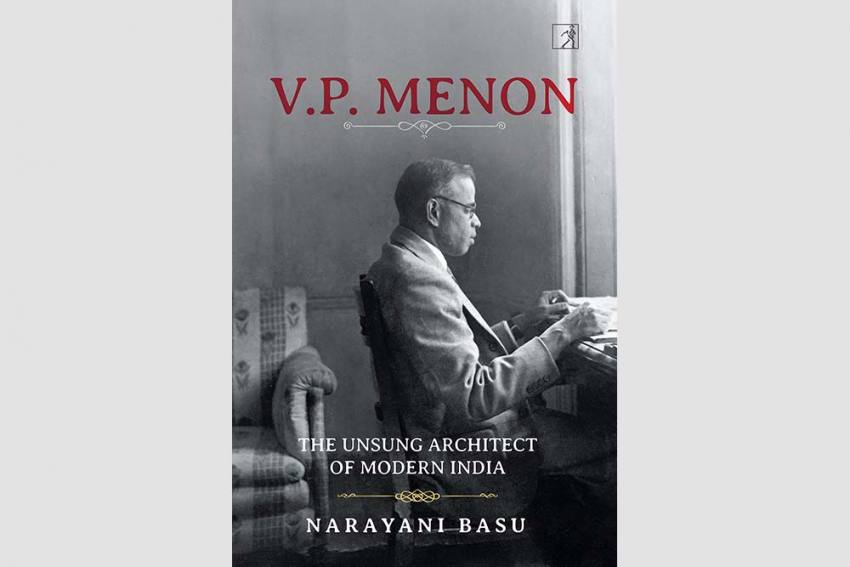 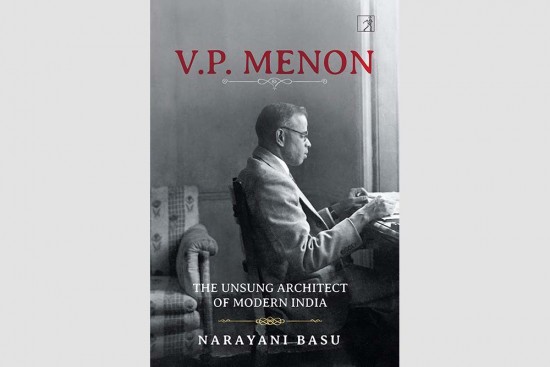 As compared to V.K. Krishna Menon, who has several biographies, Vappala Pangunni Menon, his contemporary, did not have any till Narayani Basu took up the challenge of throwing light on a man who played a pivotal role in the shaping of the Indian nation as we know it today. Unlike Krishna Menon, ‘VP’ was born in a poor household, received no formal education, yet became known for his ability to master the arcana of government and make himself indispensable to India’s colonial masters and then, the founding fathers of the new republic that succeeded them.

That Basu is the great-granddaughter of Menon should not distract. The book is no hagiography. It is a scholarly account of a subject who has remained hidden too long. Anyone who is fam­iliar with modern Indian history would not but have read V.P. Menon’s seminal Integration of the Indian States and The Transfer of Power but these books have not revealed much about the man who played a key role in both the events.

His was an extraordinary history—running away from home to do manual labour in the Kolar goldfields, a brief stint selling towels in the streets of Bombay, to a temporary job in the home department of the government of India by the age of 21.

Much of this story has been recalled through the archives and family recollections. Indubitably, there are many gaps in it which Basu has filled with considerable success. She has effectively trawled the Vappala family’s correspondence and recollections as well as British archives to come up with a memorable tribute to her great-grandfather. One thing the account does bring out is that not only was the short, stocky self-educated Malayali extremely gifted, he was very lucky too.

But this is a warts-and-all account of a man of extraordinary abilities who had  huge failings too, especially when it came to his children and first wife, who left him and simply dropped off the pages of history.

Basu weaves in the independence movement in the biography, relating to the manner in which the viceregal government dealt with the national movement and the twists and turns of imp­erial policy as it began to confront the rising tide of nationalism.

Since much of Menon’s work during the years preceding Independence was to be at the core of the British Indian bureaucracy in Shimla and New Delhi, the book has effectively woven an important aspect of the independence movement into the account. This principally relates to the manner in which the viceregal government dealt with the national movement and the twists and turns of British imperial policy as it began to confront the rising tide of the nationalist movement under the command of Mahatma Gandhi.

In recounting the times in which V.P. Menon lived and worked, Basu has emerged as a skilled story-teller, using a succession of short chapters to take us through the vicissitudes of the national movement and imperial policy. The process helps provide flesh to the book whose protagonist only begins to play a significant role in the 1940s.

The period between the mid-1920s to the mid-1930s was when V.P. Menon married, had children, lived through the disintegration of his marriage and saw the entry into his life the widow of his erstwhile mentor in Shimla. Despite Basu’s best efforts, this turbulent period remains in the shadows, no doubt just as its subject, V.P. Menon, would have preferred it.

As Independence approached, Menon’s mastery of the backroom—honed over years of back-breaking work on a raft of British plans and proposals relating to the shape that India could take—gained significant importance. So, too, did his relationships with the top leaders of the national movement, primarily Sardar Vallabhbhai Patel and Jawaharlal Nehru. It was this relationship, especially with Sardar Patel, whom he helped in inducing the princely states to accede to India, that played a decisive role in the immediate aftermath of Independence in giving physical shape to the Indian republic as we know it now. As Basu’s account will tell you, nothing was foreordained in this, and the outcome could have been starkly different had it not been not for V.P. Menon.

There is one important problem with the book. Just why the publishers—prominent ones, too—put out an important biography minus an index is baffling. Navigating names and places is an important aspect of biographies and an index is an invaluable tool for the purpose.

Before The Fall, A Giant