We see them as pits of despair, but, as this book shows, government schools and their unjustly derided teachers give both shelter and alphabet to millions 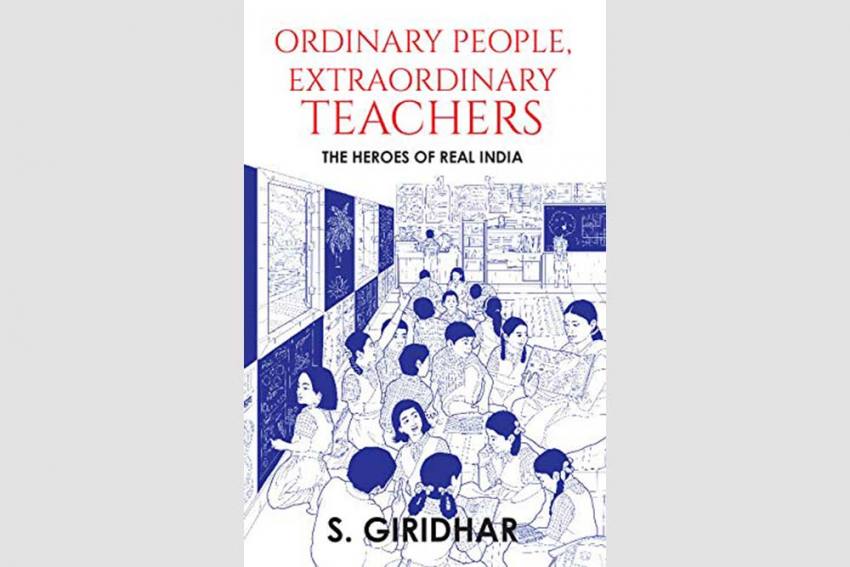 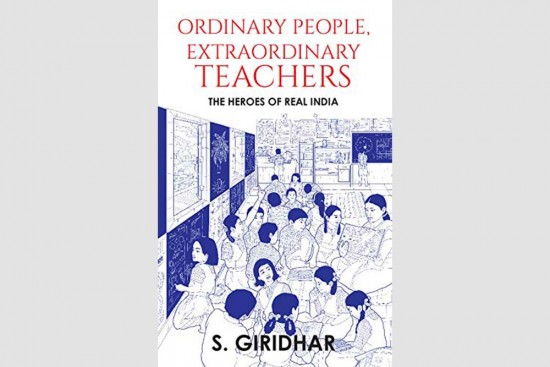 On March 14, a national daily reported that as the cor­o­­­navirus pandemic keeps students away from school, 3.75 lakh children registered with 33,115 anganwadis in Kerala will get material for their mid-day meals delivered at home. It bro­ught to mind an article in an Ame­­rican higher educ­ation magazine, of college shutdown due to the pandemic forcing poor and minority stude­nts to lose valuable academic experience, as well as hot meals and a shelter. The closure have literally thrown them out on the streets.

S. Giridhar’s Ordinary People, Extraordinary Teachers is a tim­ely reminder of what government schools mean to the vast majority of Indian children. For a nation whose urban middle and upper-­middle class increasingly identify K-12 education with private institutions, what is forgotten is that education is not just a venue of liberal humanist idealism—the widening of emotional, intellectual and ethical horizons. For the poor and marginalised, it is very often the ticket to a meal and a bed to sleep on. And in no country can this responsibility be carried out by private instituti­ons. They are, as Giridhar says, the lifeline of 60 per cent our children.

But it is customary to dismiss government schools as inefficient and dysfunctional, especially among the urban middle class and above, who would shudder to send their children to one. Girdhar’s book is a robust dismissal of such dismissals. His is more a case for individual teachers rather than the system, of which he has his share of criticism. But any system is only as good as its individual practitioners—ironically, in this case, the whole can be much worse than the sum of its parts.

The One folk devil that blackens government schools is ‘teacher absenteeism’. Yet studies show most absent teachers are sent away on other work. They are the ones that hold the system up.

Clearly, the bad press government schools get in India are linked to the often superficial reasons for which people—ironically, from disenfranchised segments of society—send their children to private schools: ‘they have a nice uniform with tie and shoes’, ‘English seekhega’ or bizarre ones like, ‘my biradari (community) will think we are kanjoos’. And since private schools are more expensive, the choice also becomes a vehicle of gender bias: private schools for boys and government schools for girls.

The book is a collection of brief profiles on the people Giridhar aptly calls the “unsung heroes of real India”, the teachers in government schools across the country who illustrate the heroic work of educating the nation’s children, the vast majority of them from rural and poverty-stricken areas. The different chapters are clustered around different kinds of heroes—in Giridhar’s evocative language, “the head teacher as CEO,” “reflective practitioners”, those especially committed to “equity and quality” or “teamwork”.

Giridhar makes the sad admission that the nation’s best talent is not drawn to school teaching, much less teaching in government scho­ols. But at the same time he deflates many negative myths about government schools, especially its teachers. As opposed to “urban myths”, these misinformed notions are “folk devils”. One such folk devil is that of ‘teacher absenteeism’. “Popular discourse—in parts of higher echelons of government—bac­ked by some ‘scholarly’ research talked of absenteeism of 30 to 50 per cent,” he writes. He continues: “We had never seen absenteeism rates, even remotely of this order.” Rather, the study conducted by Azim Premji University found that of the 18 per cent of teachers who were not in school, 2.5 per cent were absent without cause, while 6 per cent were on sanctioned leave, and 11 per cent were sent on other work, such as training or government business. He makes a potent case against the last—sending teachers away on business when they should be in school. It is the kind of misleading publicity, such as calling teachers “mis­­sing” or “nadard” in the press when the majority of them were away on approved business, that builds up to the negative and hopeless image of teachers at government schools.

Yet there is no denying that government sch­ools exist today across a landscape of bleakness, a gathering of travails real and imagined. Across this scene, the question Giridhar asked the teachers most persistently was: “Why do you come here?” The “gist of all answers,” he says, “is the same: ‘we want to learn to teach better’.” Like their stubbornly hopeful ans­wers, Giridhar’s book also does much to dispel the bleakness and spread light across this vast and crucial landscape.