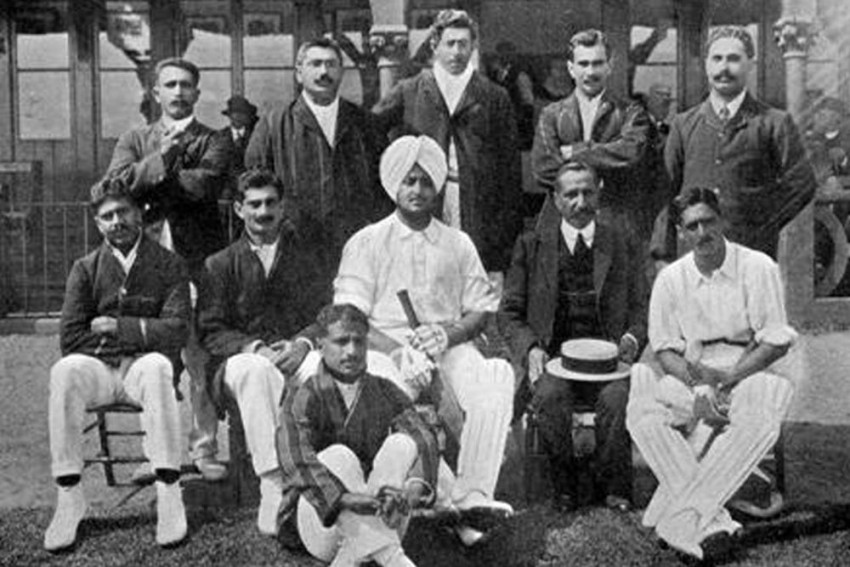 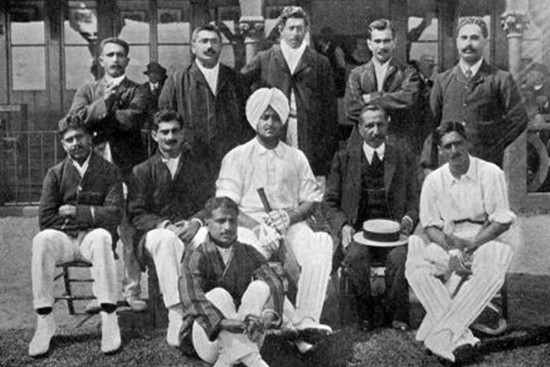 The Untold History of the First All-India (Cricket) Team, which toured England in 1911, is a narrative of the game’s contr­oversial, conflicting and contra­dic­tory relationship with col­­o­­nia­lism, nationalism, communalism, commercialism and caste/class differences. The composition of the team is revelatory. An elitist, Maharaja Bhupinder Singh of Patiala, led the team for reasons that didn’t include cricket. The original 16 was chosen along communal lines—apart from a Sikh skipper, there were seven Parsis, four Hindus (later five), and four (later three) Muslims. Among Hindus were three Brahmins and two Dalits, Palwankar Baloo and his brother, Shivram.

For the colonisers, the aim of the tour was to inculcate Western ideals and values in the ‘orientals’ through cricket. As nationalist feelings turned radical/armed revolutionary, the rulers perceived that the gentleman’s game could bring ‘natives’ closer. Cricket was seeped in ‘benevolent paternalism’ and ‘Britannic nationalism’. Some Indians “sought to promote a reassuring image of India in Britain” in times of “intense mutual antipathy and antagonism”. Others thought in nationalistic terms—what if the browns could beat the whites at the latter’s game?

Such feelings resonated and echoed as Indians adopted the game in the 1850s and form the basis of Prashant Kidambi’s Cricket Country. From the late 1870s, the Parsis, who were the first to become exp­ert cricketers, began to win against Eng­lish clubs in Bombay. After the English 66th Regiment lost to Parsi Cricket Club in 1877, the “defeated soldiers lashed out at the Parsi spectators” by “wielding their belts”. The Parsi and other Indian communities savoured such victories as natio­nalistic wins, feeling “equal, if not superior” to the English.

Communal tensions were visible when the religion-­based teams played each other. Many felt the 1911 tour would enhance Indian-ness and dilute communal disharmony.

As Parsi domination continued, domestic cricket evolved on communal lines with the emergence of Hindu Gym­khana and Islam Gymkhana in Bombay. Com­munal tensions were visible when these teams played each other, and were interspersed with nationalism when one of them won against an English team. Many felt that the 1911 tour would enhance fee­­lings of Indian-ness, and dil­ute communal disharmony. A letter writer rem­­arked, “In an eleven consisting of Hindus, Parsis, and Moslems, each one will instinctively feel that he is an Indian first, and a member of their race afterwards.”

Within the religious divide, caste and class played a definite role. Kidambi notes that the educated middle class and the elite (including Indian and princes) were the “principal adherents of the game”. Educational institutions that imp­arted Western teaching popularised cri­cket too. This explains why more than half of the 1911 team hailed from Bombay, which had an “extraordinarily dense network of (British-style) institutions”. Given such roots, it was almost logical for the game to become a prism through which “Hindu society was forced to reassess the insidious effects of the caste system”.

At the heart of this caste debate was one of the country’s best cricketers, Baloo Bahaji Palwankar, a Dalit spinner, and his two cricketer brothers, Shivram and Vithal. The fact that these untouchables played for the Hindu and Indian teams illustrated the “progress that had been made in the cause of Hindu social reform”. For critics, it highlighted the “deep-roo­ted caste prejudices that defined Baloo’s long cricketing career”. Initially, his team members wouldn’t eat with him. Only the efforts of the English, who appreciated his skills, and intense public criticism, forced his entry into the Hindu team.

Princely politics was enmeshed with cricket when the Indian Rajas realised its benefits. This was epitomised by Ranjit­sinhji, who became the Nawab of Nawa­nagar only because of his legendary exp­l­­oits in England. The captain of the 1911 side, Bhupinder Singh, initially ref­used to travel, but changed his mind. The reason: his belief that through cricket, he could reach out to British officials in Eng­land, who could overrule their offi­cers in India, who were apprehensive about the Raja’s character and ability to rule. Singh hardly played cricket on tour and successfully networked with key bureaucrats.

From the beginning, commercialism went hand-in-hand with cricket. The 1911 team was partly financed by the Tata Group, which funded Mahatma Gandhi’s struggles in South Africa and the Indian nationalist movement. Among the earlier Parsi patrons were businessmen like Cowasjee Jehangir Readymoney. Hindus and Muslims had their backers—Guj­arati traders and Khoja entrepreneurs. The English aristocracy hosted the 1911 team and the earlier all-Parsi teams that travelled to England. British governors, soldiers, journalists and publicists pushed for the 1911 tour. In ess­ence, the first all-Indian team marked the culmination of several social, political, economic, and cultural factors.

Topkeydara In Darjeeling: A Lifeline For Endangered Red Pandas