Spirit In His Genes

Biologist, pioneering geneticist, man of science, friend of India...Haldane was all this and more. This biography grapples well with a great life. 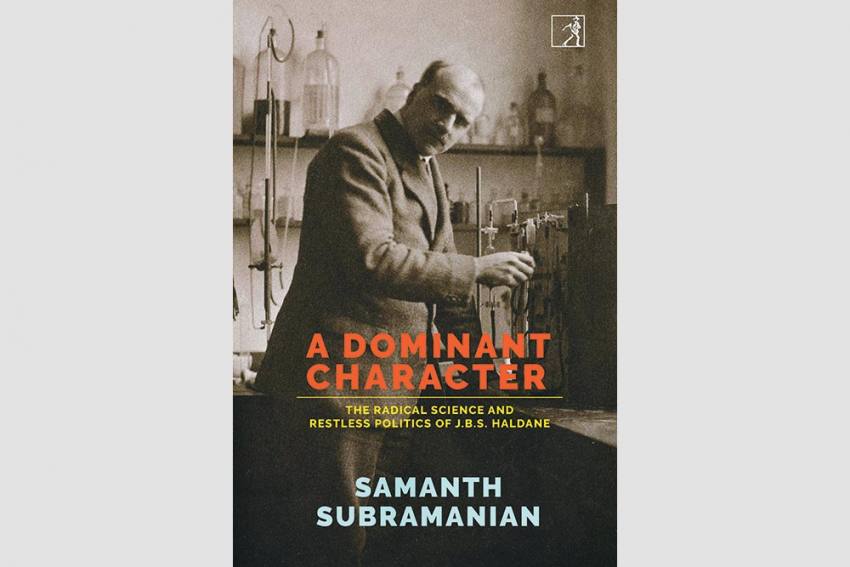 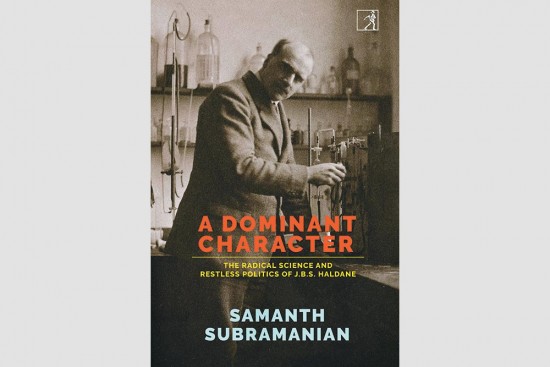 “I wish I had the voice of Homer/ To sing of rectal carcinoma,/ Which kills a lot more chaps, in fact,/ Than were bumped off when Troy was sacked.” This was the opening stanza of a comic poem which appeared in 1964 in the New Statesman. The man who wrote this was dying of cancer and yet the deadly disease had fai­led to repress his indomitable irr­e­verence. An exceptionally gif­ted man, John Burdon Sanderson Hal­dane, was not just a preeminent biologist who was a founder of population genetics, but also a brilliant orator, prolific science populariser and much else.

Born in 1892, Haldane’s intellect was evident at an early age when, all of four years old, he injured himself and asked the doctor whether the blood was oxyhaemoglobin or carboxyhaemoglobin! He graduated in mathematics and Classics from Oxford and wrote his first scientific paper with his father at 19. Haldane picked up many experimental skills from his father, a brilliant scientist, as also a penchant for experimenting on one’s own body.

The First World War was a life-changing experience for Haldane. He was assigned to a regiment to train them in the use of explosives, but was soon sent to the front. He witnessed carnage at close quarters, was among men from different social backgrounds and frequently came close to being killed. His almost pathological irreverence was evident—he was adored by his mates who gave him the moniker ‘The Rajah of the Bomb’ because of his bravado.

The First World War left a deep impress upon Haldane: witnessing carnage at close quarters, being among men from different backgrounds and coming close to being killed.

In the interwar period Haldane did pioneering work in the newly emerging area of genetics, placing population genetics on a sound mathematical foundation. Though the idea that life could have ori­ginated from a primordial soup of inorganic chemicals was first proposed by the Soviet biochemist Alexander Oparin, Haldane independently propounded it later. He hardly conformed to the stereotypical ivory tower scientist. He wrote and lectured extensively on science for the general public. He was, as Arthur C. Clarke said, “the most brilliant science populariser of his generation”.

Haldane visited the Soviet Union and was impressed by the project of harnessing science and technology for development. He became a Marxist, though he only formally joined the Communist Party much later. Despite being a staunch opponent of the establishment (he was followed and reported on by MI5), Haldane assisted the war effort by working on the effects of decompression on the human body—essential for submarine warfare.

Samanth Subramanian’s book is a comprehensive account of Hal­­dane’s life. Extensive use of archival material as well as private letters and diaries of Haldane and his sister make it well researched. Subramanian, with his lucid writing, makes it into a page-turner, with some brilliant asides. Thus, commenting on Haldane’s sticking a lit fuse into gun cotton, he writes, “Bravery and bravado felt just like isotopes of each other”.

Writing about a brilliant person like Hal­dane, it would be easy to focus on his achi­evements. It is to Subramanian’s credit that he does not shy from describing some of his human failings and one gets a vivid picture of Haldane the man, warts and all. However, one would have liked a much more detailed discussion of his scientific work. The book does dwell on it and does a decent job of exp­laining it in simple terms, but it does leave one wanting more details of the fascinating work done by this polymath.

Haldane moved to India in 1956 and sta­rted working at ISI, Calcutta. His impatience with the bureaucratic and hierarchical functioning soon got in the way of his passion for doing science—he once called CSIR the “Council for Supp­re­ssion of Independent Research”.  He left ISI and at Biju Patnaik’s request, moved to Bhu­­baneswar to establish an Institute of Genetics.

Haldane died of colorectal cancer in 1964. Ever the man of science and rationality, he willed that his body be used for medical research—organs to be preserved and studied and bones to be assembled into a skeleton to be displayed in an anatomy museum.

The comic poem he wrote from his deathbed ends with “…A spot of laughter, I am sure,/ Often accelerates one’s cures;/ So let us patients do our bit/ To help the surgeons keep us fit”.