Plumbing The Bowels Of Pop 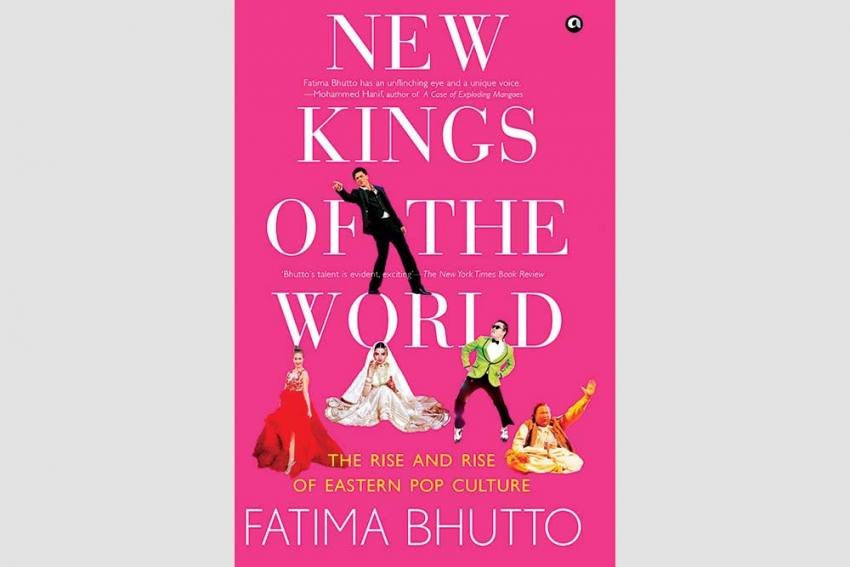 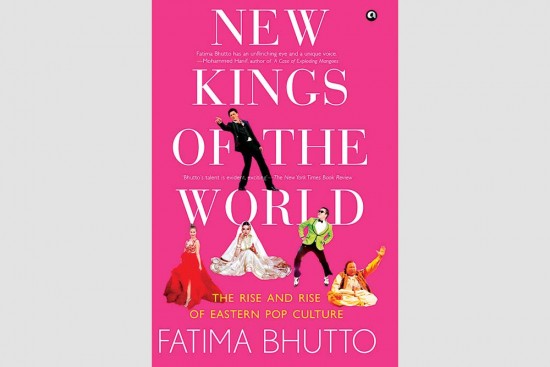 New Kings Of The World The Rise And Rise Of Eastern Pop Culture
By Fatima Bhutto
Aleph | Pages: 184 | Rs 499

A plot to facilitate world domination through mind control, subtle suggestiveness and emotional seduction. It sounds like a conspiracy theory, but that’s the ground on which Fatima Bhutto’s New Kings of the World is based. USA, she writes, embarked on a plan for world domination through soft powers, flooding the airwaves with enthralling drama that showcased the American dream. What she was referring to was the soap opera—shows like The Bold and The Beautiful, which stopped conversations in houses across India at a certain time. However, after being mesmerised for a while, the East decided to fight back. Bhutto proceeds to explore the pathways by which Eastern pop culture was able to rise and rise.

Bollywood is the most obvious beginning.  From a legendary old bazaar in Peshawar emerged Shahrukh Khan, who against all odds won hearts, whether he played a serial killer or a man with Asperger’s syndrome. Bhutto grills SRK through a shoot in Dubai despite gruelling schedules and shared omelettes and helicopters to get to the bottom of his stardom. The SRK phenomenon eludes American customs officials who are convinced that Khan is a terrorist, but spreads to Peru, where something in the Bollywood subtext and SRK’s gaze appeals to men and women from the backwaters who struggle to survive and recognise a fellow feeling. Not to mention influencing Latino telenovelas.

American soaps held people across the world in their thrall. However, the east ­eventually ­decided to fight back. Bhutto explores the pathways by which ­eastern pop culture was able to rise.

Bhutto also dwells on dizi, a Turkish entertainment genre that the Turks refuse to call soap opera. It has become another global phenomenon, especially in West Asia, where Arab women recognise traditional feelings packaged in pseudo-modern trappings. Aşk-ı Memnu ( Forbidden Love) took the TRPs by storm and helped refugees from Syria in camps built on garbage dumps to forget their woes for at least two hours—the length of a dizi episode.

Bhutto is to be credited for her explorations and language. She notes the waves that sweep the pop styles. The Americans have had their time, Bollywood exists in an India whose perspectives are gradually growing narrower, while the Turks have been swept from the airwaves in Saudi Arabia by Prince Mohammad bin Salman, who may or may not start a subversive Saudi soap culture to fill the gap.

And then there’s K-pop, Korea’s answer to culture through a ­repackaging of Americana. Bhutto’s exploration of K-pop though is not as deep as her analyses of Bollywood and dizi. She has a short interview with an actress and a producer, but mostly skims the surface with statistics, quotations and quirky facts like Kim Jong’s biography stating that he has not made a bowel movement. However, Bhutto’s conspiracy theory is obviously working—the Chinese have banned Korean soaps and are grooming their own entertainers to capture channel time. Culture is obviously the way to soft soap the world. However, if the US has been defeated, why are shows like Game of Thrones and Breaking Bad still making headlines?

A Man Worthy Of His Cap