Of Jhulelal And Cheti Chand

In spite of the irregularities of structure and the notable absences, this is an enriching, interesting book on an industrious and enterprising community 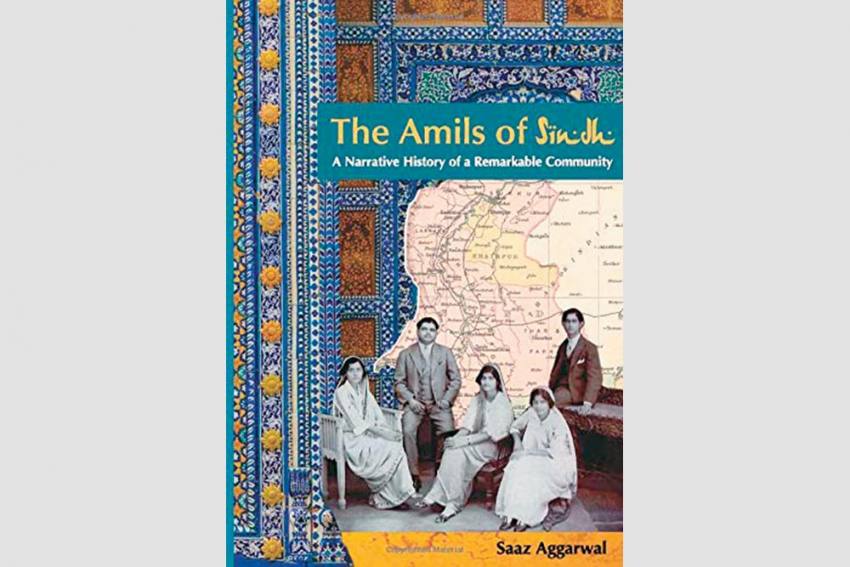 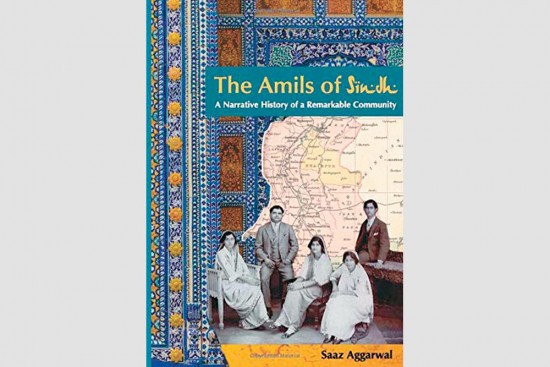 The Amils Of Sindh: A Narrative History Of A Remarkable Community
By Saaz Aggarwal
Black and White Fountain | Pages: 732 | Rs. 1,499

The trauma of an arbitrary Partition left Sindhis with no state of their own in ind­ependent India. It is a matter of no small pride that all Sindhis (not just Amils) have rob­ustly settled wherever they could, supporting lesser end­o­wed members of the commun­ity, without any special pleading. This book contains nar­r­a­­tives of remarkable Sindhi families, stre­s­sing the adaptability of Ami­ls, displays some exquisite old and new photographs and contains a potted history of the community before and since Partition.

Agarwal’s account of early Amil history suggests that this ‘educated’ part of the larger community adapted and has been co-opted to collaborate with a succession of rulers. They studied Farsi to become revenue officers for earlier rulers and English to work with the British. In 1843, when Sir Charles Napier supposedly sent a cryptic despatch to his masters in the East India Comp­any—‘Peccavi’ (Latin for ‘I have sinned’), punning on the name of the state, he was announcing a victory of no mean proportion. His later, more audacious comment: “If this was a piece of rascality, it was a noble piece of rascality”, suggests he had gone beyond his brief of facilitating a comfortable trade zone.

Flexible in religious matters, Sindhis revere Jhulelal, the great Sufi pir of Sindh; Cheti Chand, both spring festival and the Sindhi New Year, is robustly celebrated, now less syncretically, wherever Sindhis are present in large numbers. They worship Guru Nanak; some families have offered elder sons to the full ritual observance of the faith with kesh, khanda, kharga, kara, kachh. Some have adopted Christianity. A tiny number converted to Islam, mostly those who opted for Pakistan. Traditional Hindu deities have been incorporated into daily worship. The most ‘famous’ Sindhi is L.K. Advani, proponent of the Savarkar version of Hindutva, who led the rath yatra and later was in the vanguard of Babri Masjid’s destruction. Followers of Sadhu Vaswani have recorded their devotion in the book, complete with miracles he apparently performed. Some have become Radhasoamis. Frequently they have adopted trendy worship of godmen/ godwomen, especially Bollywood subjects—Santoshi Ma, Sherawali Ma, Sai Baba of Shirdi or Puttaparthi share space of devotion in the Amil Sindhi mind. Agarwal omits the stories of the infamous Asaram or the fate of the Brahma Kumaris.

Amils are proud of being educated and in professions, not traders like their bhaiband and shikarpuri brethren. Sindhis are also an almost caste-free society.

Amils pride themselves on being educated professionals, not mere businessmen like their counterparts, the Bhaibands or the Shikarpuris. Many of Agarwal’s narrators, however, are successful entrepreneurs, sometimes in the ‘Sindhworki’ mode, brilliantly portrayed by Claude Markovits in The Global World of Indian Merchants. They have also established well-known corporate firms. These narratives move from riches to rags and then back to riches. There are many professionals: from ICS officers in British times to IAS officers, doctors, engineers, bankers, railway officials, photographers, whose stories have been tracked, spoken into tape recorders and then painstakingly, but uncritically, transcribed. Stories of two well-known book stores, Advani’s of Lucknow and Manney’s of Pune made interesting reading. There was no mention of the famous Oxford Bookstore and India Book House, both of Calcutta.

There are some touching stories of Amil women: Kala Shahani, who with her husband Shanti was a devoted Gandhian, continued his work of writing and editing the Hindusthan newspaper and the Hindvasi publcations in Bombay after her husband’s untimely death—a story of rare courage and commitment to a cause. Entrepreneur Shamlu Dudeja works with local Bengali women to preserve the exquisite kantha emb­roidery of West Bengal. There are other women, in India and abroad, in exciting professions like journalism, like Lila, (p. 330) or Nandita Bhavnani , who has authored an eng­aging book on Sindhis herself. The story of young Sindhi girls who spent a short while in Shantiniketan, in the wake of Krishna Kripalani’s work with Rabindranath Tagore and his marriage to the poet’s granddaughter, was extremely interesting.

Memory and oral testimonies are essential to preserve the history of a diasporic community. Commissioned by the Khudabadi Amil Society, Agarwal’s work tries to perform this function. The oral is now a perfectly acceptable branch of history, but should not be monologous. The listener’s presence is an essential component even if she is mostly silent. Assessing, responding, inveigling more information, making connections between narratives, and ordering them would have enriched the work. Narratives might include, fabricate or omit: a historian must mine them for clues to a more nuanced and less fossilised reading of the identity of this vibrant community.

Aggarwal orders narratives according to the major spaces to which Sindhis emigrated: Bombay and Poona get the bulk of representation. Notable settlements in smaller cities like Ajmer and Indore go without mention. Resettlement in Gandhidham, Kutch, deserved its own chapter. Calcutta gets short shrift, though there was a vibrant sense of community here long before Partition, which still exists. Sindhis went everywhere: in the ’50s, there were families selling papads and other Sindhi staples in places like the then tiny village of Shahdol in Madhya Pradesh. A friend had remarked that when humans ultimately land on the moon, they would find Sindhis selling papads there.

A linear historical model might have provided an organising strategy for the book. The early history of the Sindhis is sketchily presented at the beginning. An original document before Sind became a province in its own right and not merely a part of the Bombay presidency is presented in toto in the form of a letter to the Queen of Britain, but not treated with the close attention it deserves (p.228ff). Acharya J.B. Kripalani, Naraindas Malkani or Acharya Gidwani, who played important roles in the Independence movement, are mentioned. But the saga of Bhai Partab, principal architect of the Gandhidham resettlement and the murdered Prem Ahuja in the infamous Nanavati Case, is not mentioned at all.

‘Ghitti’ histories might have unified interviews randomly put together. Literally, the word translates as lane or street. In Hyd­erabad, Sindh, each surname or larger family unit would live in the same ghitti. The word has become synonymous with one’s surname. Ghitti loyalties are like tribal bonding, often going beyond blood relationships.

Chapters on traditions and craftsmanship would also have been welcomed. Like Hala’s lacquer work, the daily handiwork of women who cooked complex foods for survival in the desert and on long journeys. They were were expert seamstresses too and did exquisite embroidery. Such details are unclassified either by chapterisation or by an efficient index. In a community with a history of huge dowry settlements, there is an interesting story about a militant anti-dowry feminist or the principle of kanno vati, a variation on the dowry system. (p.340), but one has to go through the book with a fine tooth-comb for such nuggets.

Sindhis are an almost caste-free society. Lower caste Sindhis apparently stayed back in Pakistan, not certain their lot would be much better in India. Did Agarwal in her trips to Pakistan meet any of these?

Let me not cavil further with a book that many will read with great interest. If the author goes ahead with plans to write books on Sindhi groups such as the vigorous Bhaibands or Shikarpuris, she might look into some of these suggestions.