Rushdie borrows Cervantes’s many-mirrored structure to portray our post-truth world of leaky realities; it ends up as a mildly engaging treatise on exculpation 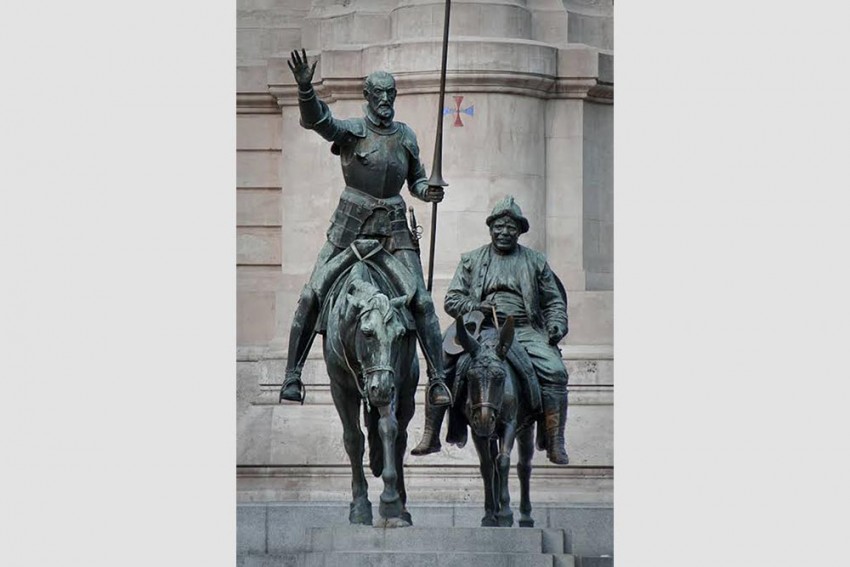 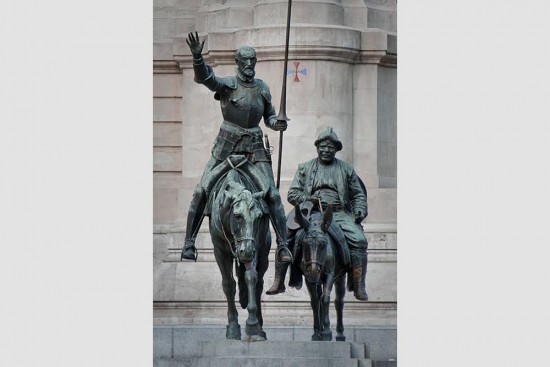 Salman Rushdie’s author-hero in Quichotte, Sam Duchamp, spawns Ismail Smile, modelled after Don Quixote—whose adve­n­tures Miguel de Cervantes said were substantially translated from an Arabic text by the Moorish aut­hor Cide Hamlet Benengeli who did not ever exist—who travels the post-truth US with his young but imaginary and wayward son, Sancho, in search of a TV hostess, Salma. He carries out his ambiguous but painful transactions in a world of “increasingly prevalent psychological disorder in which the boun­dary between truth and lies bec­ome smudged and indistinct….” You see the complexities of the plot?

Cervantes wrote his novel to bring back chivalry into a world that he thought could no longer tell it if it came tilting at it in full armour. Chivalry is not much if it is not a tragicomic individualistic ethic left to work its set of phantasmal worship-­rites in a society that ignores it if only because it could be seen as an arbitrary largesse of male patronage.

The individual in the world of the Qui­xotes (or, Quichotte) is up against group identitarian norms of the moment. In the end, on his death bed, Don Quixote reg­ains his sanity, becomes ‘good.’ But he ‘lives’ only when he wills his fall through the gaps of social norms and attacks wind­mills. In Quichotte, Sam Duchamp’s hero, along with his dream, Salma, is poised to enter through the gates to the next world in the last pages. The long journey to the threshold, not devoid of poignancy, is clever but not entirely engaging.

Though Don Quixote was initially seen as a comic take on a hidalgo and his sli­g­htly more intelligent squire, he is now reg­arded as tragic: what else can you say of a place or time in which a man must pass off as a clown to hold a door open to a lady? It is not the individual as much as the world that has been rewired. The Great Correctness we strain toward must, in the long run, have tragic outcomes to the form and content of the novel itself. Thinking could be at some point formally declared illegal. Rushdie’s novel suffers from a need to be piteous. His radicalism seems to have sha­ken off its chic. His characters so want to be part of the new, sanctimonious universe.

The individual in the world of Quixotes is up against group identitarian norms. Smile and his dream, Salma, here is poised to enter the next world in the last pages.

All radicals now belong only to a camp. Outside the respective group, the aberr­ant well might be a monster. It is this monster, in the form and person of Qui­chotte, removed twice from reality (Rus­h­­die and Sam DuChamp) that Rushdie offers an apology of sorts for his character’s inexplicably continued existence: “He was a heartless monster, she told him; did he know, understand…that human life was short and that each day of love stolen from it was a crime against life its­elf? No, …, such understanding was bey­ond the ken of monsters….”

Reviewing Benjamin Moser’s Sontag: Her Life in The Spectator, Philip Hensher quotes the philosopher Herbert Marcuse after an “extended encounter” with the “self-proclaimed genius”: “She (Sontag) can make a theory out of a potato skin.” (Marcuse, whose One Dimensional Man critiqued the repression that both capitalism and communism conspire toward and which anticipates the post-tr­uth world that Rushdie tries to come to terms with here, was himself adept at theorising.) Similarly, in Rushdie, one word can spin into another. But the cum­u­lative eff­ect of that skill in this novel contributes to a kind of apologia literat­ure. A work in defence of his characters: “He talked about wanting to take on the destructive, mind-numbing junk culture of his own time just as Cervantes had gone to war with the junk culture of his own age. He said he was also trying to  write about impossible, obsessional love, father-son relationships….about Indian immigrants, racism toward them…the intertwining of fictional and ‘real’ rea­lities, the death of the author, the end of the world.”

As the ‘Author’  meta-shuffles toward our correct, censored and possibly logo-­phobic fate, Rushdie’s subversive genie, fraying like smoke on the pages, is seen begging to return where it came from.

Nevertheless, Quichotte raises great que­­­s­tions. In these times when Shak­e­spe­are is censored for his sexism; Hemingway’s heroes for their masculinity and Peter Handke for his portraiture of genocidal imagos, we might really bel­ieve only the saintly has a right to write. Yet it is the devils that help us to understand the human condition. When great writers, like Rushdie, weaken in their resolve in that vast literary project, villainy loses its verve. And what might have been a grand novel settles for a modest treatise on exculpation.

Bouncers And Yorkers! Why Showman Imran Khan Is In A Big Soup At Home