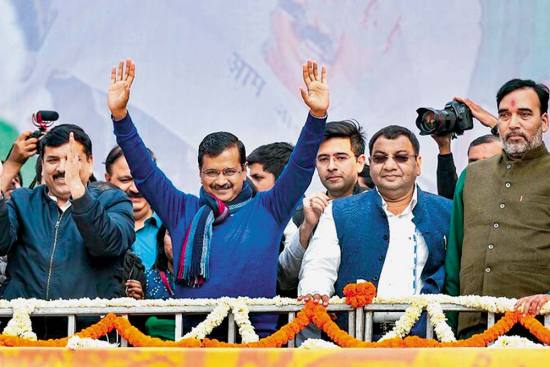 While every India-Pakistan cricket match unites the entire nation, in our victory and loss alike, it is ironical how the collective memory of the wounds of Partition stands to divide us as a people. I have a clear observation of polling trends and I hope political leaders reading will note—polarisation can never be the main reason for your victory. That may sound like a rather sweeping statement to make but I will argue my case patiently. Since the first poll prediction I made in 2013, I have repeatedly asked voters what counts in an election and I can tell you with some certainty I have never come across anyone who has prioritised temple construction or minority appeasement when they choose their representatives. That is not to say that communities do not have their sympathies with a particular political party with a certain ideology that is in line with their own religious beliefs. Political parties will always continue to enjoy their traditional support base even as they make their best efforts to invade and engage their rival’s votebank. Polarisation typically works when the incumbent has a solid report card while the challenger is at a loss and does not have much to show for in terms of fresh promises or is unable to demolish the incumbent’s claims. Since the incumbent is always evaluated on the basis of the outgoing government’s or individual’s performance, the challenger’s only opportunity is to highlight the failures and punch holes in the incumbent’s claims. It is only when this does not pan out as per expectations that the challenger resorts to a slander campaign or makes a polarisation bid to consolidate votes from a single community. The most recent reminder was the Delhi assembly polls in February 2020. The nationwide unrest following the abrogation of Article 370, the Citizenship Amendment Act and the proposed National Register of Citizens in the winter of 2019 made for the perfect recipe for a highly polarised poll battle two months later.

The protest at Shaheen Bagh, against the exclusion of Muslims from the Citizenship Amendment Act, kept the pot boiling while hate speeches by local leaders added fuel to fire. Incumbent Delhi chief minister, Arvind Kejriwal, fully aware of the pitfalls of letting the campaign der­ail by falling into the communal trap, repeatedly harped on how he would talk of nothing but his government’s performance. He dodged questions on Shaheen Bagh, refused to openly woo the minorities, and till the time the model code of conduct kicked in he kept churning out pro-people policies. As this went hugely in his favour, the opposition BJP in a desperate bid escalated its ‘nat­ionalism’ card. Their leaders crossed the line so many times that the Election Commission had to repeatedly intervene and issue a ban on campaigning for several of them. The countdown to the res­ults gave me sleepless nights—probably as much as those in the contest. Despite the BJP’s confidence of a sure victory, my predictions stood vindicated as AAP swept the assembly with 62 out of 70 seats, just five seats short of their previous tally. For an incumbent government that is a stellar performance. Now, had the AAP not been able to deliver, the opp­osition’s campaign would have worked like a dream, because it would have added to the existing anger of the voters. Instead, the BJP’s campaign backfired as it appeared like a diversionary tactic by the opposition, particularly at a time Kejriwal stuck to his script and came out with his ‘Lage raho Kejriwal’ slogan that drove home his message of good governance.