Chughtai’s last novel is suffused with intense grief for the martyrs of Karbala, but its sharp political allegory clearly skewers the Emergency 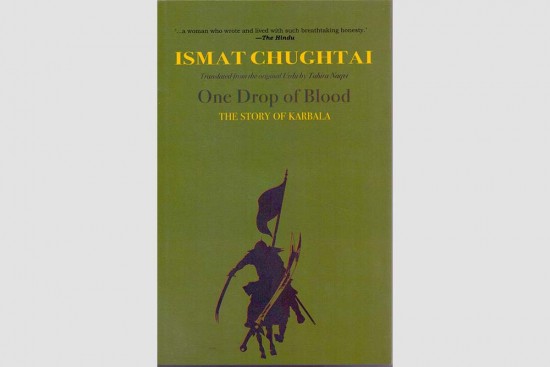 There are several ways to read Ismat Chughtai’s Ek Qatra-e-Khoon (One Drop of Blood: The Story of Karbala), her last novel. It is, ostensibly, a reimagined narrative of the historic battle of Karbala, fought in 680 CE, between a tiny army of the family and friends of Imam Husain, the grandson of Prophet Muhammad, and the formidable warriors of the reigning Caliph, Yazid I of the Umayyad dynasty. It is also a political allegory; its allusion to the Emergency in India underlined by the year in which it was first published in Urdu by Fan aur Fankar--1976. That the allegory is as relevant today is a fact that Chughtai eerily foretold, in her preface: “This fourteen-hundred-year-old story is today’s story as well, because man is still man’s greatest enemy….” The story of the battle is also one of inconsolable grief. Its elegiac overtones are a tribute to, and a rendition in prose of, the marsiyas of the 19th century poet Mir Anis. The narrative is turgid with grief, even as it is preoccupied with the politics of the caliphate of Kufa, in Iraq.

This English translation by Tahira Naqvi allows for these varied interpretations, although one might mistakenly believe that the narrative is a mere clear-eyed recounting of a historical confrontation between a righteous iman and a debauched caliph.