Line-Up Where Everyone Bats

Disdaining failure, the wise Bhalla sticks his neck out and predicts the poll results. But less of economics, and sharper focus, would have helped us. 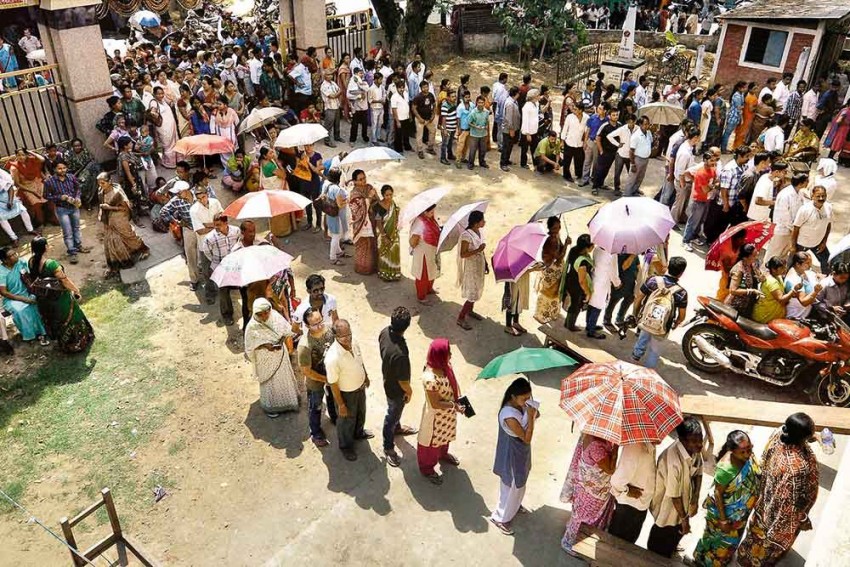 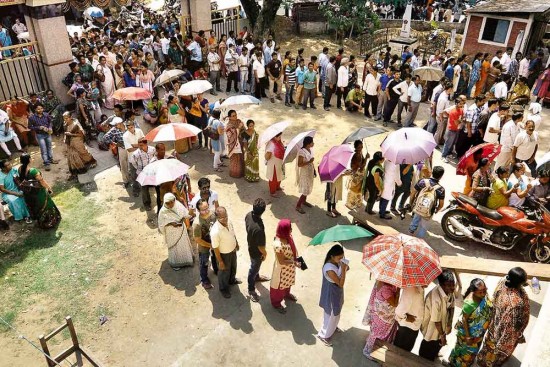 Surjit Bhalla is a friend. But any­­one without that bias will also admit Surjit writes well, irrespective of whether you agree or disagree with him. His interest in both cricket and films, two themes every Indian is int­erested in, allow him to use similes/metaphors to get the reader interes­ted. (For a very long time, Surjit’s only book was on cricket.)  This book avoids cricket.  However, each of the 14 chapters, and an initial Introduction, begins with lyrics from a popular Bollywood song, reflecting Surjit’s tastes in film music.  The book is on Indian elections, from 1952 to 2019, and the author has himself been a forecaster, proved both wrong and right in the past: “Just two secrets—forecast often, and always remind people when you are right.  If I am wrong, well, life goes on, but now with an additional barrage of kind trolls (I realise that is an oxymoron, but emphasis is needed).  If right, well, we will just have to wait till the next election to go wrong.”

May 23 isn’t far away. Skipping initial chapters, what do the final chapters project for the BJP and the Con­gr­ess? Forecasts are done under different sets of assumptions and there is always a range, not a specific number.  For BJP, the range is 253 to 265. These are ‘objective’ estimates that mechanically follow the assumptions. Thereafter, there is a ‘most likely scenario’ that factors in some subjectivity, through judgement. In other words, the most likely estimate doesn’t have to be from within the range. For the BJP, Surjit’s forecast is 274. Likewise, for the Congress the range is 69 to 97 and the most likely number is 57.

Bhalla’s writing is rigorous and analytical. But he has erred in painting on too broad a canvas. One really interesting chapter is about the problems of opinion poll projections.

Surjit Bhalla is an extremely careful writer, rigorous and analytical, with an eye for detail.  “The controversial bank nationalisation initiated by Indira Gandhi was contained in the Industrial Disputes Act of 1947, which included a list of industries which could be dec­lared public in the interests of the state or for the overall development of the nation” (p.39). Yes, IDA does have a schedule which lists industries which can be declared public utility services under sub-clause Section 2(n)(vi).  However, IDA’s purpose is quite different. Perhaps Surjit meant Banking Companies Act (1949) or Industries Development and Regulation Act (1951).  “Were economic reforms responsible for this spurt in GDP growth in UPA-I?  Not according to Montek Ahluwalia, who was then chairman of the Planning Commission” (p.73). The chairman of Planning Commission was the PM; Montek was the deputy chairman. “He (Narendra Modi) became prime minister without being a member of Parliament” (p.199).  Lac is a resinous substance, the number is lakh (p.11).  I attribute these errors to the haste in publishing this book.  Otherwise, the forecast (not the rest of it) would have been dated.

There is a “rest of it” and I think Surjit also committed the error of painting on too broad a canvas.  One really interesting part of this book is chapter 7, where Surjit talks about the problems with opinion polls and projecting from these. Had Surjit expanded on this strand, it would have made for a more focused and better volume. “At one level, psephology seems like the easiest job in the world.  Just go out and ask some people what they think. Tabulation of these responses should give you the right ans­wer…. There are several possibilities of ‘errors’ between prediction and reality. First and foremost, the preference for a particular candidate can change…second, a non-scientific sample may have been chosen…. Third, there might have been errors in the choice of constituencies chosen for an aggregate state or national level forecast…. The biggest hurdle however still lies ahead…. This is possibly the major reason for going wrong—the uneasy, non-linear, relationship between the counting of votes, and the counting of seats…. People lie.… If there is lying, the obvious question is: can it be measured and measured successfully?” How one handles these problems would have off­ered insights on Indian elections from 1952 to 2019.

The merit of Surjit Bhalla’s last book (The New Wealth of Nations) was this focus. The 2019 general elections are occurring in a certain context and it possible to argue the reader needs to understand these debates on tax compliance, reservation, socialism, GDP and employment numbers and demonetisation. Surjit has been writing on such issues and will continue to do so. But I feel this broadening of the canvas has also diluted the focus. Surjit can write a book on economic reforms and he can write one on electoral forecasting. Trying to do both together hasn’t quite worked.