Kishen Would Be Jealous

Pt Hariprasad Chaurasia is synonymous with the flute. This admiring biography details his life, influences, his impact on classical music and his foray into Bollywood. 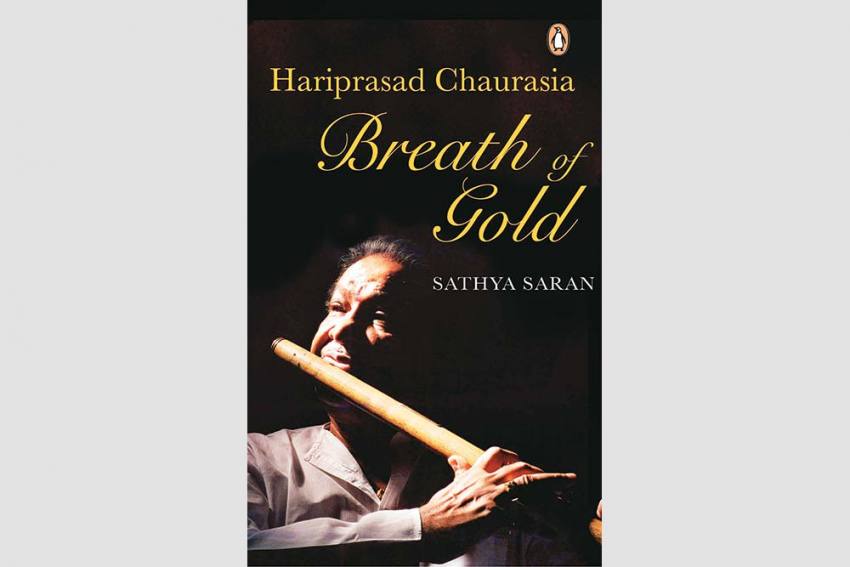 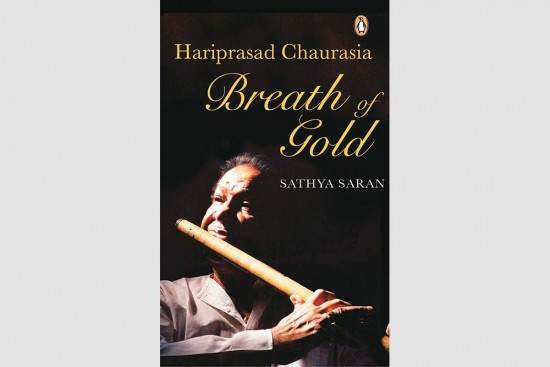 In recent years books have begun to emerge on the lives of legendary musicians. The world of Indian music is built on anecdotes, stories and hearsay, all of which melt into the making of a chronicle. Two things happen here, one that looks at the personal, social and experiential asp­ects of a musician’s life and the other at the meat of the matter—taleem, riyaz, expertise, approach to raagdari, and other such technicalities. The beauty of this music is that these two seemingly distinct ideas are closely intertwined in understanding the person and his or her music.

Saran says she took on this project because she believed there was much that is not known about these great artistes—the keepers of our legacy of dance and music; she saw the need to document their life stories for posterity. Saran weaves together various facets of Pandit Hariprasad Chaurasia’s life and creates a narrative through conversati­ons—with Panditji, his family and close friends—that bring the reader closer to the person. Her sense of awe at his simplicity as a human being is almost a refrain through the various threads that she stitches together.

Without a doubt the most fascinating aspect of Panditji’s life is his determined transition from almost becoming a pehelwan (a wrestler) to a musician. As Ustad Zakir Husain points out in a prelude, unlike several legends who invariably take forward their family tradition—which in his case would have been pehelwani—here is a complete outsider who becomes synonymous with his craft.

The fact that he learnt from perhaps the most reclusive Indian musician ever, Annapurna Devi, gives insights into Chaurasia’s and his guruma’s natures.

In charting out his musical career, Saran—perhaps unknowingly—highlights the role of institutions that historically have played a crucial role in nurturing Indian music. Panditji started his professional journey with the All India Radio and continued there for several years. It is interesting to see how institutions like the AIR have played a key role in shaping the understanding of music of several greats, including him. This becomes particularly relevant today, where these spaces for classical music are decreasing. Panditji, in fact, acknowledges that it was in these studios that he got a good idea of how to compose and arrange music for the art­istes who performed. In fact, it is in this space that he also dreams and discovers the “glittering world” of Hindi playback music. Saran charmingly elaborates Panditji’s foray into that world. Here, too, like in concert music, his talent is quickly recognised and he becomes a part of many popular and hit film songs with dir­ectors of repute, including in films from the South.

While there are many aspects of Pt Hariprasad Chaurasia’s life that she lists down, it is the smaller trivia that makes the reader feel familiar with the legend. His life in Odisha, his interactions with fam­ous lyricists like Anand Bakshi, or his wife Anuradha’s glimpses of the actress Madhubala at Evergreen Hotel in Khar, or how he helps a group of musicians in Paris create a piece based on his composition. Then there are important events like his meeting Pan­dit Shiv Kumar Sharma at an inter-collegiate meet in Delhi, who goes on to become his dearest friend and music partner, and with whom he composed memorable film music.

Saran makes an effort to also elaborate on Panditji the guru—a very useful contribution. Between the time that he spends in his guru­kuls and the conservatory in Rotterdam, Panditji clearly understands the need to be a commi­tted guru, given his own rather unconventional life as a student. Also the fact the he learnt from perhaps the most reclusive Ind­ian musician ever—Ann­apurna Devi, an int­ense musician, daughter of the great Ustad Allauddin Khan of Maihar, gives deep insi­ghts into his nature as well as that of his gur­uma. The conversations between him and her—of whom we know so little, his own recollection of this relationship, are a treasure.

One can see that the author reveres both Panditji the man and the artiste. The book is an easy read, a simply written story of an ext­raordinary man. His dynamism and single-minded commitment to playing and making music comes through lucidly. While it is a careful collection of his life’s experiences, perhaps the one thing that I was left longing for in the narrative is his phenomenal contribution to the world of Indian music in making the flute a mainstream concert instrument.

(Vidya Shah is a musician and director of Women on Record)

Vavar, Mahishi, And The Trail Of Blood