Prannoy Roy and Dorab Sopariwala speak to Outlook on their book 'The Verdict' and what makes the 2019 polls the biggest and most important. 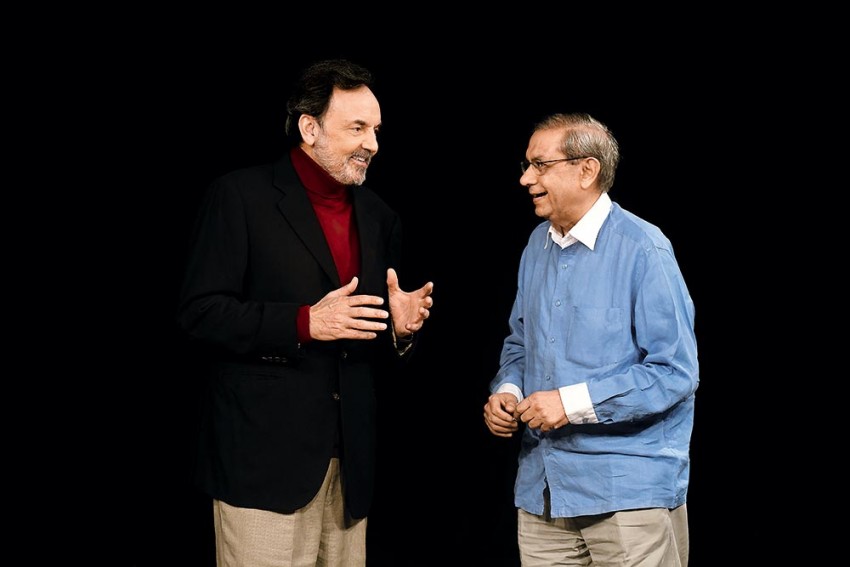 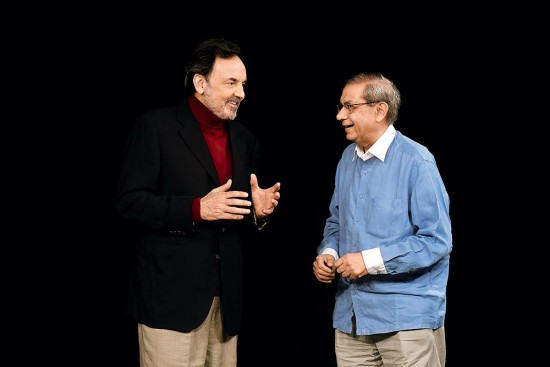 The turnout of women voters will likely be more than that of men in the 2019 general election and yet 21 million women will not have their names on the rolls. Opposition unity will be decisive and alliances will make or break every state. These and other such revelations fill The Verdict (Penguin Random House), the forthcoming book by election experts Prannoy Roy and Dorab Sopariwala. The authors spoke to Satish Padmanabhan on what makes the 2019 polls the biggest and most important. Excerpts:

One of the major sections of the book is about women voters. The bad news here is that 21 million women voters are missing from the electoral rolls.

Prannoy Roy: It is absolutely shocking and it is a crisis that needs to be dealt with. Twenty-one million people is like saying all the voters of Jharkhand are not all­owed to vote. They are women above 18, who are Indian, who are resident, and who are just denied their right to vote. Why? Because they are not registered, or for various technical reasons. It is really unacceptable. The big giveaway is that there is also a huge north-south divide. Most of the missing women are in the northern states, like Uttar Pradesh, Bihar, Madhya Pradesh and Rajasthan.

Dorab Sopariwala: Well, of those 21 million-odd women, around six million are in the state of Uttar Pradesh alone, which means there are 80,000 women on an average per constituency who are missing. The question why they are missing is not known. Whether they vote or not is another matter, but they should at least be given the right.

And this is when in 2019 women might outnumber men?

PR: This will be the first Lok Sabha election where women voters’ turnout will be above men. It used to be 20 per cent behind men. They have already gone ahead of men in turnouts in the assembly elections.

DS: I must clarify...women will be more in terms of turnout, not in terms of numbers, because there are more men on the rolls. So, if you were to put the missing women on the rolls, the odds are you might actually have even higher numbers.

In the book you point out that a higher women’s turnout will be a disadvantage for the BJP....

PR: Traditionally, the BJP has always been much stronger amongst men and much weaker amongst women voters for many years: even in 2014, BJP had a 10 per cent higher support amongst men than women. But, on the other hand, amongst young voters, BJP has about a 9 per cent lead.

Another interesting point in the book is that a lower turnout actually gives an advantage to the BJP.

PR: And as they are cadre-based, they are much more organised; they go and get voters out from homes and bring them to polling booths; they prepare in advance. The organisation behind a cadre-based party for election turnout is crucial. And very often we talk about swing being the main thing regarding how many votes you have got, so turnout makes a world of a difference in winning or losing an election. People across the world have focused on turnout as the easier thing to do than try to win votes, because then you have to convince people, you have to have programmes, you have to win them away from the other side. Turnout is a technical thing. Just make sure you have a good poll station, booth management, the cadres go out and you can win an election on turnout. So, people underestimate how important turnout is.

There is a lot of talk about grand opp­osition unity in this election. You say, based on the index of opposition unity over the decades, that opposition parties simply win more seats if they come together.

‘Polls are won now by lower margins of victory. So, improved opposition unity means a greater switch of seats. It’s much easier now to swing seats.’

PR: We have something called the Index of Opposition Unity (IOU)...it’s 100 if it’s only a two-party fight. It goes down if it’s a multi-party contest. We have had an average of around 60 to 70 IOU. In the old days, a one percentage point increase in the IOU used to give three seats. Now it gives the opposition an extra seven seats. Why is that? That is partly because, over the years, people are winning elections by lower and lower margins of victory. So you imp­rove your opposition unity a bit, and you get to switch many more seats. You know, they used to win seats by double the margins than they do now. So it was tough to swing, tough to get seats over to your side, now it is easier.

DS: If you look at the elections of, say, 1980, the Congress got 360-odd seats and 44 per cent of the vote. In 2014, the NDA got almost the same number of seats with only about 38 per cent of the voteshare, simply because the opposition was divided.

The other interesting point—you say that the era of pure anti-incumbency is over, that the voter is changing from being ‘angry’ to ‘wiser’.

PR: We have looked at data since the first elections in 1951-52 and it shows that you can divide the last 70 years into three phases. The first 25 years, 1952-77, voters were trusting of their leaders. It was pro-incumbency, as the voter was a little naive. Then they saw that the leaders were not delivering, there was a very slow rate of growth, they saw nobody coming to their constituency except during election time, and voters started getting more and more angry. Real change started around 1967; by 1977 they were fed up. And from 1977, the next 25 years they just threw every government out. It was the anti-incumbency phase. In the first 25 years, 80 per cent of the governments were voted back. In the next, 71 per cent were voted out. And now it’s 50-50: half are voted back, 50 per cent of governments are thrown out. And it tends to be clear that governments that are delivering are being voted back. So it’s perform or perish.

And this 2019 election is going to be an amalgamation of regional elections?

PR: Very much so and it has been a pattern over time. We took the British system of ‘first-past-the-post’, tweaked it and made it a much fairer system. As a result, if your votes are concentrated, you get a big bang for your buck. You don’t necessarily have to be spread all over the country—the main disadvantage of the ‘first past the post’ system. So, the growth of regio­nal parties has been phenomenal. They went from about four per cent of the voteshare to about 35 per cent.

Coming to opinion polls, as the season is going to start soon, contrary to popular belief, your book points out that opinion polls do get directions mostly right.

PR: India has seen 833 major opinion and exit polls over 20 years. And, if you look at whether they got the winner right or not, it is 97 per cent, which is fantastic! If you look at whether they get the seats right or not, it’s very poor. Most of them play safe. Now, I must say this 97 per cent is excluding one election—the 2004 Lok Sabha elections, where every poll got it wrong. That’s considered an outlier.

DS: If you look at it from the public’s point of view, the main question is, who is winning? If you get that wrong, there’s hell to pay. So long as you get that right, you can get away with 30 seats off, 40 seats off. In a democracy, what matters is who is going to be chief minister or PM; it doesn’t really matter if you get a majority of 30 or 40 seats.

On that note and as the book is called The Verdict, who is winning in 2019?

PR: I knew you would ask that. What we try to do in the book is try and give people pointers towards how to look ahead, how to analyse. The history of elections has shown us that most psephologists give half-way plus a little bit for one side and the other side half-way minus a bit. But Lok Sabha polls are a series of landslides in every state. What happens in Tamil Nadu is totally different from Bengal, totally different from Gujarat. But when you are forecasting and you’re looking at a state, don’t go with this half-half mark, this kaante ki takkar or ‘neck and neck’. It doesn’t happen. It’s a combination of many different landslides that get you your final res­ults. There is a danger in saying who is going to win. Three per cent can make a world of a difference. Three per cent can make 45 seats go one side or the other; that’s a 90-seat difference. Can you feel three per cent? Very tough. Actually, we will answer your question after the results are out (laughs).

21 Million Eligible Women Will Not Vote In 2019: Exclusive Excerpts From 'THE VERDICT' by Prannoy Roy