In India, Women Are A Distinct And Independent Vote Bank: Exclusive Extract from 'THE VERDICT' by Prannoy Roy 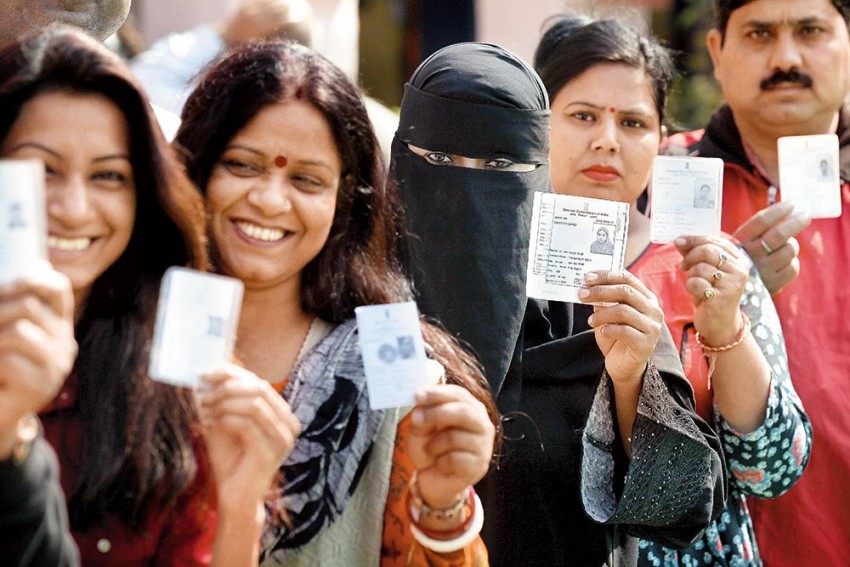 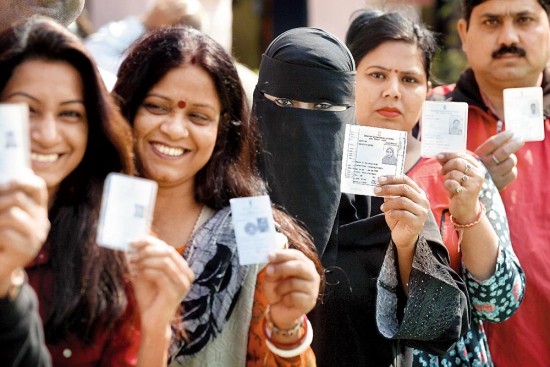 India’s pioneering psephologists Dr Prannoy Roy and Dorab R. Sopariwala provide some revelations in their latest book, The Verdict, and say that women might outvote men in 2019 despite millions being disenfranchised.

The Rise of Women Voters

As an aside, this very strong statement by women on ensuring a greater say in the democratic process in India almost parallels the significant finding by Imperial College, London, that the height of women in India has grown significantly more than that of men: an average Indian woman’s height has gone up by 4.9 cm as against an increase of 2.9 cm in an ave­rage Indian man’s height over the past century. Of course, women are still, on average, not as tall as men: 152.4 cm (5 ft) vs 165 cm (5 ft 4.9 inches), but women are catching up!

The rise of women voter turnout is even more pronounced in state asse­mbly elections. In fact, for the first time in India’s electoral history, women’s turnout was higher than that of men in the state assembly elections of 2017-18. From being well behind men for 55 years—in 1962, women’s turnout (in assembly elections) was as much as 20 per cent below that of men—they have fin­ally overtaken men. This represents an inflection point when annual quantitative imp­rovements have fin­ally led to a qualit­ative change in the gender under­pinning of India’s dem­ocracy. This speaks of soc­ial churn, and it is not surprising that today pol­itical parties focus much more on women’s issues during their campaigns than ever before. 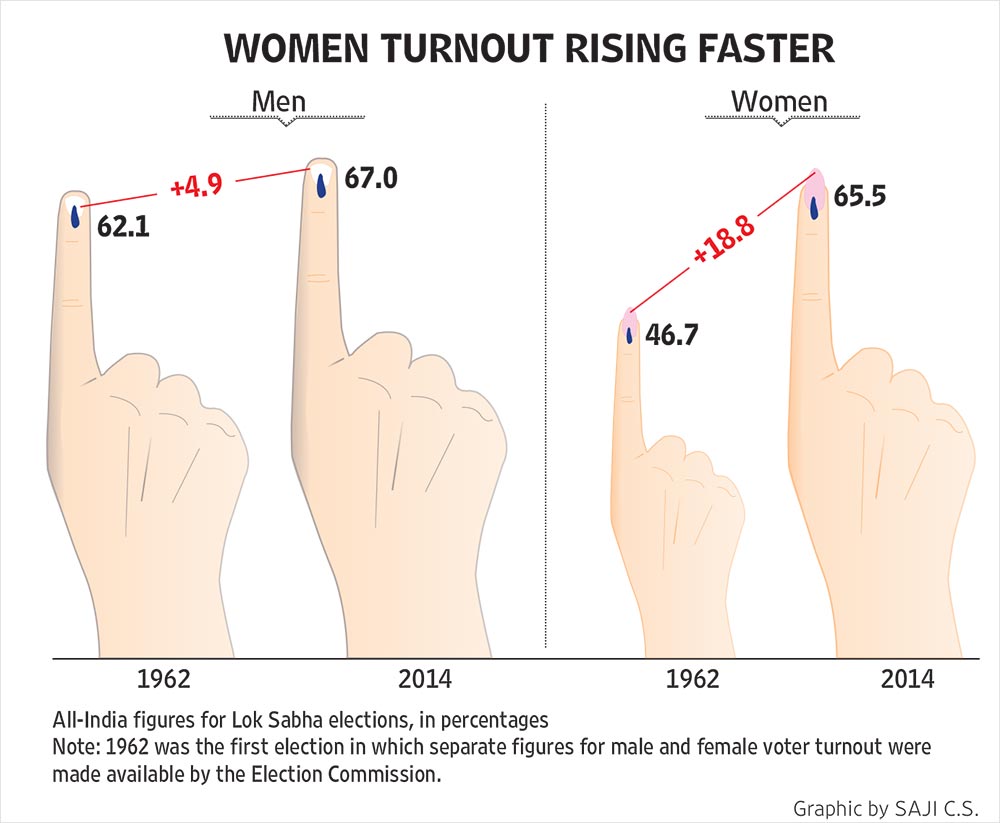 However, even for Lok Sabha elections, this impressive increase in women’s turnout has not been uniform across all states. In fact, it has seen a worrying decline in some states—the worst state is Delhi. At the other end of the spectrum are states in eastern India such as Assam—which have shown the most remarkable and encouraging rise in women’s participation in elections.

For those who believe that India is a ‘male-dominated’ society, the resp­onses we got in our pilot surveys would be an eye-opener. Whenever we questioned women on whether they voted for the party that their husbands told them to vote for, the women’s responses were predominantly to laugh at us, and to treat the question with derision. They would often say: ‘He may think that I listen to him about who to vote for, that’s in his dreams—I vote for exactly who I want to vote for.’ We heard this clear statement of independence repeatedly in election after election, state after state at election time over the last decade or so. In a survey by the CSDS for the 2014 Lok Sabha elections, 70 per cent of women voters said they did not consult their husbands on who to vote for. Our estimate is that the percentage of independent-minded women voters could be significantly higher than is publicly admitted to a fieldworker. Women voters who make up their own mind could now be at least as high as 80 per cent.

It’s not surprising, given how men and women usually vote independe­ntly of one another, that opinion polls always tend to show different levels of voting intentions between men and women respondents. The differential can be as high as 20 per cent for a particular party. It’s clear that in India, women are a distinct and independent ‘votebank’, on which political parties have already begun to focus in order to win elections. This involves meeting different demands and using different messages.