Grime In The Factory 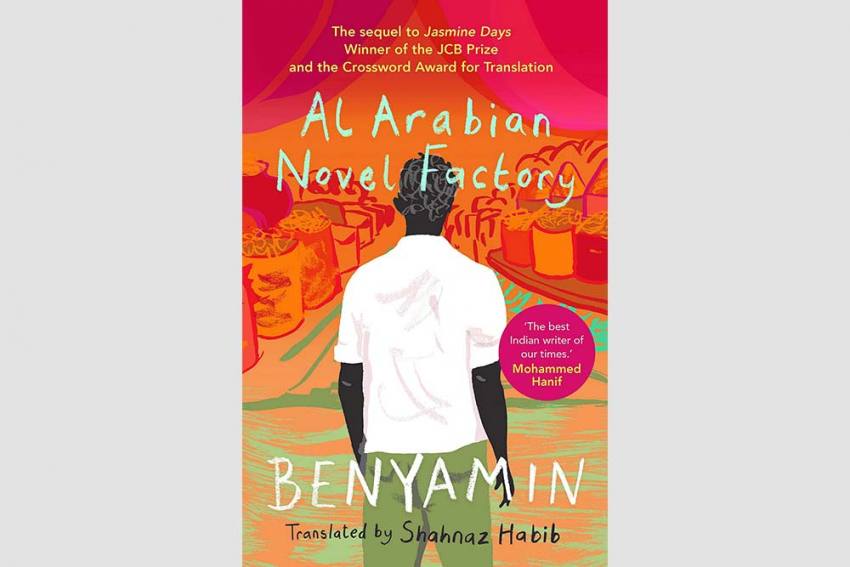 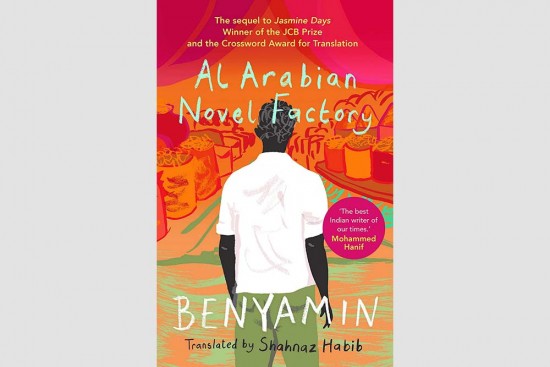 For over half a century, the ‘Gulf’ has been El Dorado for South Asians, particularly Malayalis. As the narrator in Al Arabian Novel Factory reflects, “God blesses some small Arab country with petrol dollars. And then a tiny sliver of land...gets to enjoy...those blessings…. There was a long and lonely road between the two lands, and it could tell many stories of sacrifice.”

It is these stories of toil, humiliation, deprivation, loneliness, despair and alienation of the ‘Gulf Malayali’, and the wider immigrant community, that Benny Daniel—who writes as Benyamin—chronicles in his writing.

There have been books and films on the Gulf immigrant experience in Malayalam. But few capture granular details of immigrant life with authenticity. It’s these details that Benyamin writes about with authority, perhaps because he was himself a Gulf Malayali for over two decades.

Benyamin explores a world familiar to Kerala, but also alien, especially its darker side. Starting with his award-winning 2008 novel Aadujeevitham (Goat Days), he’s returned to his known turf—immigrant life in the Gulf and the complicated relationships that entwine locals and ‘guest’ workers who keep Arab nations ticking.

At first glance, Al Arabian Novel Factory seems to have a simple narrative. Pratap, an Indian-Canadian journalist, travels to a West Asian country known only as the ‘City’, ruled by an authoritarian regime. He’s ostensibly there to helm a research project. But his real objective is to reconnect with Jasmine, his onetime lover, who lives in the City and is an elusive but constant presence through the book. In the City, his life tangles with the lives of his team members and also with the tortuous journey of A Spring Without Fragrance, a mysterious manuscript written by Sameera Parvin, a radio jockey who once lived there.

Though a standalone novel, Al Arabian Novel Factory is also a companion volume to Benyamin’s Jasmine Days (Mullappoo Niramulla Pakalukal). Positioned as Jasmine Days’ sequel, it could just as easily be a ‘prequel-sequel’ hybrid. So intensely interwoven are the narrative strands and devices that connect the books that it does get a little convoluted at times.

Both novels though, are set against the backdrop of the Arab Spring, this one focusing on the period immediately after. The immigrants here are mostly comfortably off. The sort who sing praises for the City’s despotic ruler while hosting a workshop on ‘socialism-driven freedom in Kerala’; the immigrant who is a ‘socialist’ at heart, but lives a capitalist life.

Translated from the Malayalam by Shahnaz Habib, the book also tackles other themes including freedom of speech, thought and action, minority rights and women’s rights. And looming over everything is the all-seeing City, a character in itself. Habib’s translation is competent and occasionally exquisite, capturing the cadences of the original; I confess that I could occasionally visualise the original Malayalam line as I read the English version.

Sometimes, in factories, things can go out of kilter; so do things in this novel factory—not seriously awry, though. The narrative tends to meander occasionally. Also puzzling are some sections, particularly those in which Pratap behaves somewhat naively despite his journalistic experience. You could attribute it to the pangs of love, but one method he explores to trace Jasmine is far-fetched, stupid even, if not downright dangerous. Perhaps it was intended as a narrative device, but it seemed rather off.

What is disconcerting is the depiction of some female characters. They’re portrayed as unaware of and uninterested in little beyond their immediate surroundings and passions. Knowing the many informed, opinionated and worldly-wise women around us, even among the demographics presented in the novel, this characterisation seems baffling. This, even as several male characters, at times, appear misogynistic.

Perhaps, it is all a pointer towards one of the book’s takeaways—that we are all flawed beings. Or that glittering facades often hide messy secrets and disguise dreary, grasping lives where self-interest reigns supreme. As Pratap says: “I have always been curious about the City, how it rose out of dust like an enchanted land in a fairy tale.” More than anything else, Al Arabian Novel Factory reminds us that there are no fairy tales.