Grace-Touched Loneliness Of The Artist

Pages from poet-scholar Ramanujan’s diary has kernels of poems, word shavings, finished pieces and a surprising core of misgivings 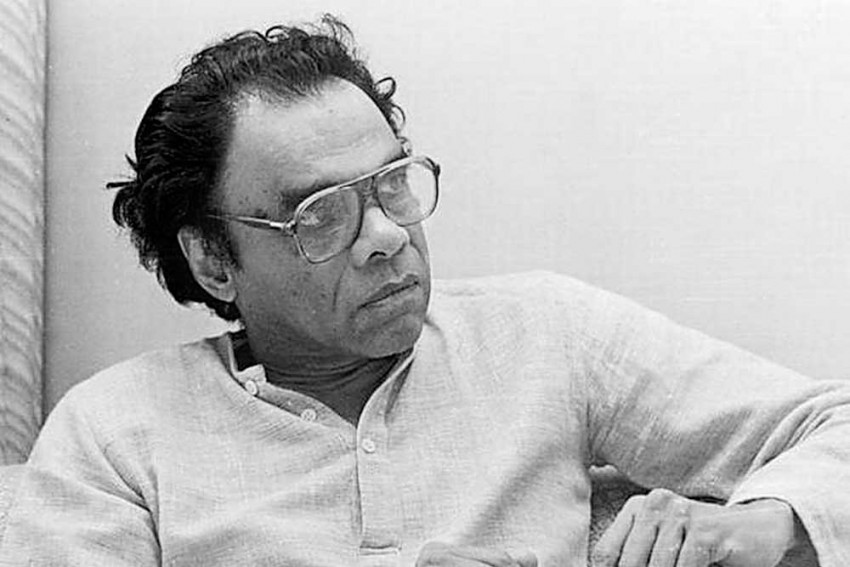 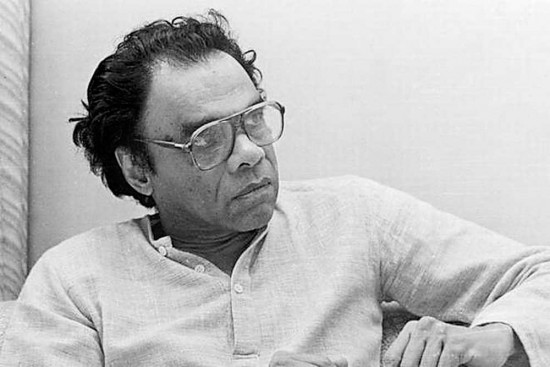 Fascinating and illuminating. These are words that come to mind as  I go through Journeys: A Poet’s Diary by A.K. Ramanujan, and edited by Kris­hna Ramanujan and Guillermo Rodriguez. Fascinating, because reading this book is almost like watching a live-stream from within a creative, brilliant mind, seeing thoughts as they form and evolve or dissipate. Illuminating, bec­ause it off­ers tantalising glimpses of the aut­hor's inner world while also reinforcing, as it were, that our humanity is shared; that gen­ius or not, labourer or scholar, the things we worry about, obsess over and obtain joy from are largely the same.

Pioneering poet, translator, fol­k­lorist, essayist and scholar. For the past five-odd decades Ram­anujan has been all these, but also a beacon for India’s literary community. Growing up in Mysore, he taught English literature in colleges across southern India before travelling to the US in his early 30s as a Fulbright scholar, going on to pursue a career as an academic at the University of Chicago.

He wrote in Kannada and English and translated, primarily, from Tamil and Kannada into English. During his lifetime, he published several poetry collections in English and Kannada, translations of ancient Tamil poetry and medieval Kannada poetry and a translation of U.R. Ananthamurthy’s great novel Samskara, besides editing a collection of folk tales from across India. Recognition for his work includes a Padma Shri and a MacArthur Fellowship.

Ironically, as the book reveals, despite his significant accomplishments, Ram­anujan seems to have been ridden with self-doubt and existential angst through much of his adult life. It is fascinating to see how someone who was so prolific and, dare I say, successful, write in 1978, “Feel imprisoned in the role of teacher/writer—the former comes easier than the latter.” Or—heartbreakingly—write after winning the MacArthur Fellowship, “One also wishes that with the money came also a package of more talent, intelligence.”

There’s also an often expressed yearning to belong, beset in equal measure by the desire to be different. As he writes in an early version of the poem Self-portrait, published in his first collection The Striders: “I resemble everyone/ but mys­elf,/ and sometimes see/ in mirrors/ the portrait of a stranger,/ date unknown,/ despite the well-known laws/ of optics.”

But it’s not as if Ramanujan was unaware of his self-doubt and dissatisfaction and also, perhaps, how baffling it was. As he writes in March 1989, “Though I’ve been amply rewarded and befriended, was never truly poor, lonely, or worked in places or with people that didn’t appreciate me…. Yet why did I feel miserable, as I’ve done all through these years, while all along I worked very well, read and wrote, had friends?”

Poetry is a constant here, though translation is not. Thoughts of writing as a discipline are frequent, like the stimulating one that writing and rewriting are part of the same process.

Ramanujan possibly never expected others to be reading his journal and encounter his innermost thoughts. But it is these intimate thoughts—the self-doubt; the search for meaning, purpose, acceptance and acclaim; the creative process; and so on—that humanise this literary colossus and help us relate to him as a human being. And that, I bel­ieve, is the book’s primary success.

With an affectionate foreword by Girish Karnad, who knew the writer as a mentor and friend, and introductions by the two editors, one of whom is Ramanujan’s son, Journeys is an eclectic selection; not just in terms of form, but also in terms of the emotions exp­lored and ideas expre­ssed. Based on the A.K. Rama­nujan Papers maintained in the University of Chicago, it covers the writer’s life from the mid-1940s to the weeks before his death in July 1993.

The book includes unpublished prose such as diaries, journals, dreams, short stories; unpublished poetry ranging from experimental lines and rough drafts to revised and polished drafts; and published poems, in an eff­ort to show how Ramanujan worked and how his ideas led to finished poems. As Rodriguez writes in his intr­oduction, it “brings together for the first time a sel­ection of the unp­ublished diaries and journals that trace a journey—in his own voice—as a writer and poet, and his maturing as a unique intellectual luminary.”

Understandably, poetry is a constant. A thread that runs through the book. There are familiar, published, poems like The Striders from his eponymously titled book or Extended Family from Second Sight. But there is equally powerful unp­ublished work such as the ‘Soma’ series, believed to have been INS­pired by Ramanujan’s mescaline encounter or the 1978 draft of the ‘Alvar poem’ or these lines from A First Flight to New York:

“…New York—lines of fire, like/ an electric heater and/ green dot configurations—/ vast—oceans of stars of/ red yellow green, sparse,/ clustered and guided into/ lines, with caravans/ slowing through them—/ gradually plotted into/ squares—as if somebody’s/ nerve impulses were diagrammed/ and translated into flickers/ and paths and ganglions....”

Translation, Ramanujan’s other major contribution to literature, is also a presence through the book, perhaps a slightly muted presence though. Poss­ibly the most thought-provoking section on translation is an October 1992 entry, filled with striking thoughts such as, “Each translation creates an original; supplants and extends and often subverts what is in in another language.”

As its name implies, the book is also about Ramanujan’s journeys, some inter­nal and some external. And compelling as they are, the internal journeys are sometimes eclipsed by the external expeditions.

Even before we get to the formal section called ‘The journey’, Rama­nujan’s journal entries on his travel within India are entertaining. But it is in ‘notes towards a journal: The journey’, a typed, unpublis­hed document—the travel diary that covers his voyage from India to the US—and the section on his first weeks in the US where his writing is at its most delightful.

In these pages, he is a keen observer with an eye for detail, humorous (sometimes wickedly so) and filled with curiosity about the world around. And there is the ever-present poetry. The ability to make pictures with words, like this passage from his time in Paris: “The sun-tanned man in deep blue jersey and fawn corduroys standing before a huge modern painting and fitting into the quilt-work composition as if he were born for that moment, to stand before that piece which was born with a gap in the composition.” The writing here is perhaps not just an exploration of new places, cuisines, experiences, cultures and ways of thinking, but also an attempt by Ramanujan to find and situate himself in this new world.

Expectedly, thoughts on writing as a discipline come up through the book. From the universal writerly gripe on the eternal search for new ideas, to more structured thoughts on writing, Ramanujan’s views are occasionally challenging but always stimulating. Like the conviction that writing and rewriting are part of the same process or that creation and self-criticism are not opposites.

Even as Ramanujan’s writing sparkles, what adds additional zing to this book are the photographs scattered through it. They’re also the source of my sole quibble—some captions are tough to read for they’re in colours that bleed into the black and white images.

What makes Journeys: A Poet’s Diary truly remarkable is that it is, in a sense, Ramanujan with few filters, for which his family must be appreciated. Equally, the book matters because it traces the author’s course through life, as his thoughts and writing evolve even as the person himself seems to stay relatively unchanged. It offers readers a tasting menu of his potent writing, especially his poetry, and flashes of the even more compelling ideas and thinking that crafted this writing. This is a book as much for first-time readers as it is for those who are familiar with Ramanujan’s work.