A journalist recounts encounters with Maoist ideology, activity and way of life through multiple angles 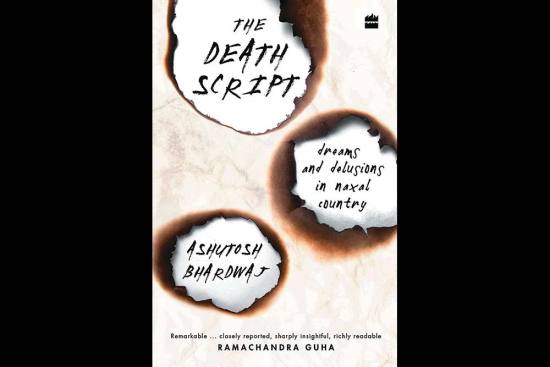 Ashutosh Bhardwaj lived in Chhattisgarh for over four years (2011-2015), reporting from Maoist-control­led areas. This is an account of his trips to the jungles of Dandakaranya, where he has combined facts with novelist imagination, making The Death Script a thrilling read.

Bhardwaj vividly describes the harsh life of Maoists who live with minimum facilities, in constant fear of attack by security forces. We learn about guerrilla life from various perspectives. A woman cadre, for instance, claims that she and other women are not subjected to the male gaze or molestation. But soon it is revealed that senior cadres were punished for misbehaving with women.

Bhardwaj writes that “a variety of reasons” push Maoists to surrender. Their resolve crumbles when they realise the improbability of revolution. The desire for a family is overpowering too. Korsa Joga, a Gond tribal, who left the party to live a peaceful life in his village, Gangalur, with his wife, was killed by a boy whom he had rec­ruited three years ago bec­ause he joined the pol­ice force. But senior cadre G.V.K. Prasad, who surrendered due to failing health, got ‘party permission’ to live with his family. Central Committee member Lanka Papi Reddy surrendered because of the humiliation of transfer to a “place that had little revolutionary activity” where he “finally lost himself”. Bhardwaj fondly describes the bond of Reddy with his daughter Tejaswi.

The cruelty inflicted by the Maoists is vividly described too. An adivasi, Kawasi Chandra, “was clubbed to death before his wife, parents and children” in a Jan Adalat on suspicions of him being a police informer. Jayalal, the local organisation squad commander who ordered the killing, said that they “wanted to convey a message”. After the attack...