Burnt Leaves Of The Chinar

A comprehensive study of Kashmir looks at its history, the conflict, the irretrievable tangle of interests and casts a gimlet eye on political bungling 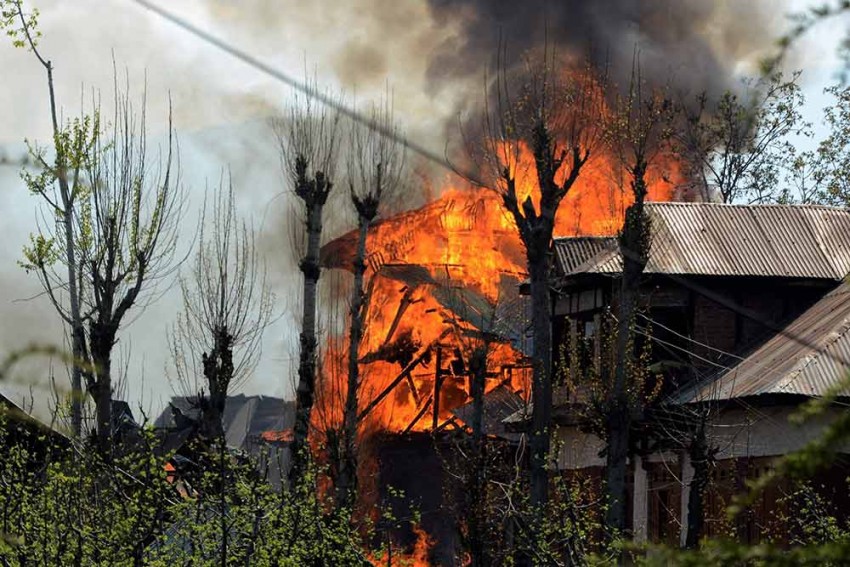 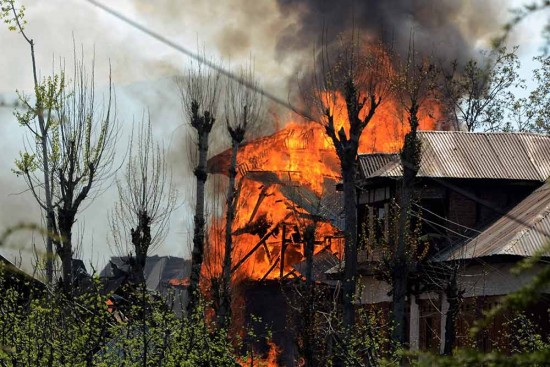 This is the most apt book to read at present, with the faceoff bet­ween India and Pakistan over Kashmir at a dangerous new level.  This conflict-ridden tale has been playing out since insurgency started 30 years ago, or perhaps since Kashmir was first invaded by Pak­istan 71 years ago. As the oldest unresolved issue on the UN statute book, the Kashmir story is narrated with precision by Radha Kumar; she calls it a “labour of pain as much as of love”.

The Kashmir dispute has two intertwined strands: internal and external. As an academic and practitioner of conflict resolution, Kumar covers the full spectrum of the Kashmir imbroglio, encompassing its historical roots, troubled legacy and convoluted internal politics, couched in evolving geo­politics and marked by the failure to find any durable meeting points between New Delhi and Srinagar and New Delhi and Rawalpindi. Except, as Kumar points out, in late 2006, with a Musharraf-led government in Pakistan and UPA government in India, when the Lambah-Aziz bac­k­channel produced the 4/5 point formula: no exc­hange of territory; soft borders across LoC; self-governance and gre­­ater autonomy in all three parts of undivided J&K; a cross-LoC consultative mechanism; and demilitarisation of Kashmir commensurate with a decline in terrorism. Kumar says that Musharraf could not push this formula through due to problems arising from his suspending the chief justice and the Lal Masjid episode, without mentioning that Manmohan Singh did not receive the mandate from his party to take the initiative forward. It was a missed opportunity, just like the failure to convert the military gains, including 93,000 Pakistani POWs, in 1971 into a political settlement of the LoC as a border, even if trickier.

Kashmir’s accession to India, distinct from the full merger by other princely states made it a unique case that was backed by commitments made to Kashmiri leaders through Articles 370 and (later) 35 (A), both of which were subsequently sought to be revoked or dil­uted by New Delhi. The question of political autonomy remains central; pol­itical parties in Kashmir, no angels in the power game, are highly suspicious of the central government's tendency to abrogate formal politics.

The question of political autonomy remains central. Kashmiri political parties, no angels in the power game, are very suspicious of the Centre’s tendency to abrogate formal politics.

Kumar has attributed the origins of the insurgency to the rigged elections of 1987, which gave Pakistan its third chance to instigate another insurrection, after 1947 and 1965, both leading to wars which she has traced with considerable insight and depth. Kumar mentions that the 1977 ele­­ctions were the first free and fair polls, followed by the 2002 elections, which recorded an all-time high turnout of 80 per cent in the Valley. One of the key reasons for the large turnout was the full-scale deployment of the Indian army following the Jaish-e- Mohammed attack on Parliament in December 2001. The de-induction of troops was delayed till after the polls despite Musharraf’s pledge in January 2002 to not allow the use of Pakistani soil for cross-border terrorism.

Kumar writes that the insurgency had strands of ‘Muslim chauvinism’, but it took ten years for it become an Islamist jehad against India. Kumar lists a compendium of blunders which spurred the jehad, not least the dissolution of the ass­embly in February 1990 and the ensuing ‘counter-insurgency alone’ policy. Governor Jagmohan’s high-handedness in quelling protests, the Gawkadal massacre and other untoward incidents led to the unprecedented event of 137 senior state officers writing to the UN Secretary-General for intervention. Pakistan took full advantage of the civil strife and has not ceased doing so. Insurgency waned and waxed, triggering a process of alienation and radicalisation which culminated in the Burhan Wani uprising in 2016, Pathankot, Uri, surgical strikes, et al.

The chapter on ‘Talking to the People’, on Kumar’s experience as a government interlocutor, is a rich feast for potential envoys. Sadly, her team’s report, with its valuable feedback, went largely unhee­ded. Two facts emerge. Successive governments have used security forces to combat insurgency whereas the real problem is political, and when conditi­ons amenable to political discourse were created, the opportunities went abe­­gging. Political processes and round tables were launched, with their reports not acted upon. Kumar has res­erved the best for the last chapter—looking back and into the future, enc­apsulating lessons for India, Pakistan and Kashmir. The mess in Kashmir is due more to central and state inc­ompetence and misgovernance than Pakistani chicanery. The revival of a political process like that initiated during Musharraf’s time, though promising, appears unlikely as it is intrinsically against the corporate interests of the military elite. Kashmir, alas, will be left to be hoist with its own petard, with no one able or willing to help.