A top Tihar policeman holds a mirror to its unique ecosystem: bossy criminals and underlings, systemic reforms, executions and the deadening bureaucracy 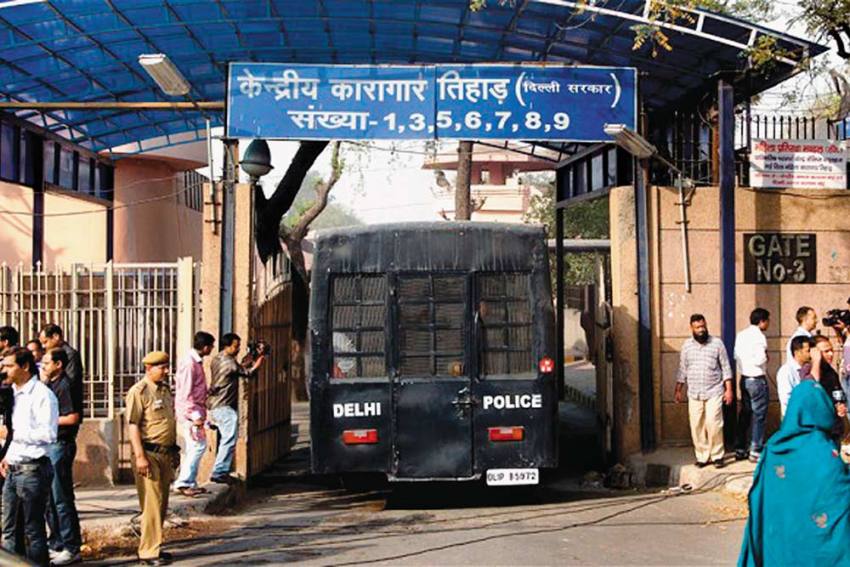 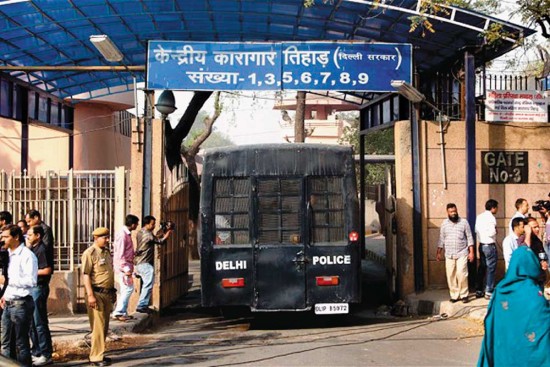 As an inmate, I sometimes spotted, amidst all the bustle, a wheelchair-­bound inmate meeting an elderly woman in the deorhi, the nerve centre of Tihar prisons. He was unkempt and I surmised that since he could not walk, he was allowed to meet his mother in the vestibule. I sympathised deeply with him because I knew that his disability, far from eliciting any consideration from inm­ates or staff, would have sev­erely aggravated his prison experience. Later, I learnt that this was Jaswinder Singh Jassa, the dreaded don who once ran Tihar and gave so much grief to Sunil Gupta, the author of this fine memoir. Jassa was once so feared, a prison official once told me, that if he merely walked down a market all shops would down their shutters. Since nob­ody dared to give evidence against him, the police had to eventually rely on the National Security Act to arrest him. But even after I learnt this, the sight of him on that wheelchair, his legs eaten away by gangrene, made me sad. It is difficult to come to a glorious end in prison, unless you are hanged, and even then you need an offi­cer like Sunil Gupta to provide you that dignity through his homage.

Tihar, India’s largest and best known prison, always arouses awe. This book is an act of remembrance as well as a homage to inmates whose hangings Gupta oversaw as Tihar’s law officer in a career that spanned over three decades. It takes its title from the order of execution issued by magistrates which has come to be known as the ‘Black Warrant’ because of the black margin on the page. The people remembered by Gupta include terrorists, assassins, rapists and murderers: men such as Billa and Ranga, whose brutal rape and killing of two siblings, Geeta and Sanjay Batra, in 1978 first earned Delhi the sobriquet of being the ‘rape capital’, the assassins of Indira Gandhi, ‘bikini-killer’ Charles Shobhraj, whose name is as inextricably linked with Tihar as that of Kiran Bedi’s, the leader of the Nirbhaya rape culprits Ram Singh, and other famous and notorious prisoners. He outlines their cases, their stints and careers in jail—for you can have a career in prison too—and their often bitter end. This is noir at its best—real cases, real people, real crimes—and is one of the reasons that make this book unputdownable. The pace, the lucidity and the flow of the narrative is impressive, and it is to the immense credit of Sunetra Choudhury, who has actually given words to these stories and a voice to Gupta, that she herself remains off-stage, her mediating voice never intrudes upon the reader. But Choudhury is also the author of Behind Bars (2017), another fine piece of prison reportage, and therefore it would be unwise to discount her contribution to the shaping of this narrative.

‘Doing time’ now means an occupation, and working becomes the best option for many. Educated inmates knowing their rights have ushered the biggest changes in Tihar.

Gupta’s story, as told by Choudhury, begins when he joined Tihar in 1982, where his appointment letter was typed by Charles Sobhraj. This was a time when powerful inm­a­tes controlled Tihar and Gupta describes the efforts of officers such as Kiran Bedi and others to reform and change it. Since modern imprisonment is directed not at the body—hence corporal punishment is mostly out­lawed everywhere—but at the soul, ‘doing time’ necessitates occupation. That is why working for prison becomes the best option for many. Educated inmates who know the law, who can use the courts to make sure prisoners’ rights are imp­lemented, have in fact brought about the greatest changes in Tihar. Gupta tells the key moments of that story too: from highlighting torture as in the case of Sunil Batra, Maqbool Butt fighting for prisoners’ right to use stationery, former IPS R. K. Sharma’s successful campaign to instal phones for inmates, to Manu Sharma’s outstanding contribution in creating TJ’s, the Tihar Jail products brand that has allowed thousands of inmates to work in profit-making factories and thereby support their families.

But the chief focus is the death penalty by hanging, and it is more successful in rep­elling us from than many academic theses or court petitions. Gupta describes each of the hangings he oversaw in stomach churning detail. How the inmates behaved, what they ate, how their families took it, how the rope was measured, how the hangmen were plied with alcohol and how badly botched most of them were. The state takes life away, but it is supposed to do it in the most efficient, least painful manner. We learn from Gupta that there are no neat deaths, no matter how clinically executed. Therefore these hangings are no different from brutal medieval spectacles and, in practice, violate most safeguards imposed by the judiciary. Many inmates are kept on the death row for years while their petitions are dealt with; it is the uncertainty that kills. Choudhury aptly quotes a Supreme Court judgment that includes a passage from Albert Camus’s famous essay, Reflections on the Guillotine: “It’s nothing to know if you’re going to die, but not to know if you’re going to live is the real torture’…. As a general rule, man is des­troyed by waiting for his execution long before he is act­ually killed. Two deaths are imposed, and the first one is worse than the second, though the culprit has killed but once.”

Gupta describes the hangings in detail: how inmates behaved, how the rope was measured, how the hangmen were plied with alcohol and how badly botched most were.

But there are a few who can face their execution with extraordinary calm and nobility. In Gupta’s story two of those people are Maqbool Butt and Afzal Guru, Kashmiri terrorists whose hangings 30 years apart tell the story of modern Kashmir. It is in the honesty and the warmth of his remembrance of these two men that this book becomes a heartrending elegy, especially at a mom­ent like this when Kashmir once again faces a different kind of lockdown. Prisons, as Dostoevsky’s famous prison memoir is tit­led, are the ‘house of the dead’. And Tihar, especially for those on the death row, is the house of the living dead. As Kobad Ghandy said in Behind Bars, Tihar is very bureaucratic and therefore very impersonal and inhumane. Here, notorious men such as Yasin Bhatkal, accused of more terrorist charges in India than anyone else, may be found hanging around helplessly outside a superintendent’s office, holding an application to get some books from home. Prison reduces everyone, a few wisely and correctly, but most immeasurably unjustly. This book is vital not only to understand the opaque, unwritten and unremembered world of Indian prisons, but also because it shows us the best and the worst of the criminal justice system.

(Farooqui is a Delhi-based filmmaker and writer best known for reviving Dastangoi, the art of Urdu storytelling. He was arrested on a rape charge in 2016 and sent to Tihar jail. He was acquitted by the Delhi High Court in 2017.)