A Flipper That Turned Square

Warne wastes words rambling on his growing up, affairs and escapades. On spin bowling, cricketing personages and vignettes he delivers like a maestro. 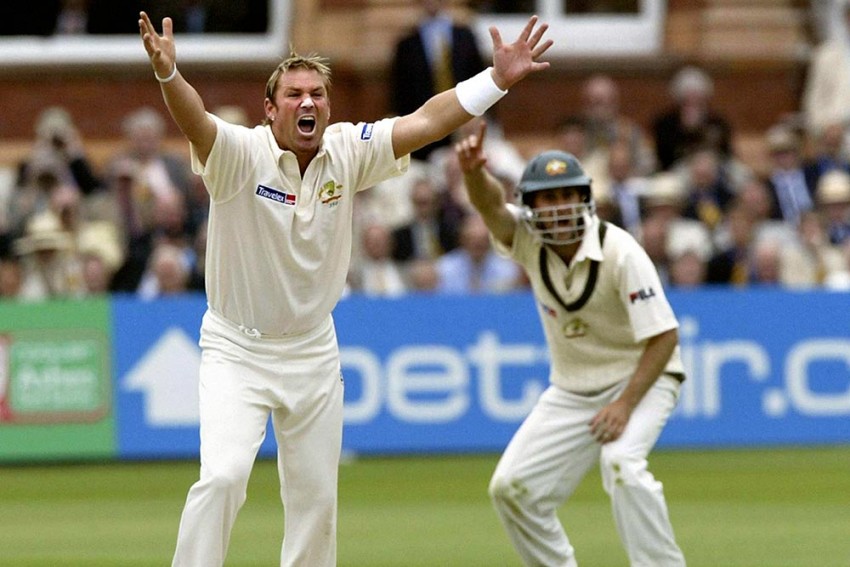 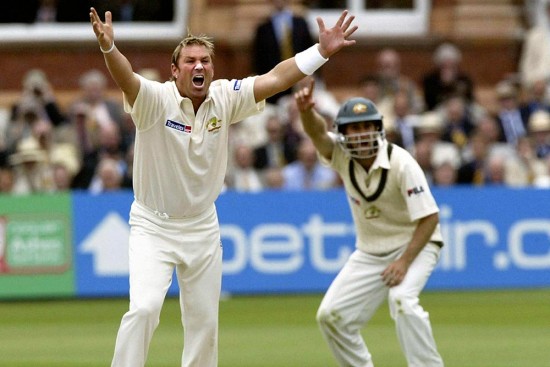 Autobiography is seldom as interesting as biography, and the reason is simple. Life stories told from within do not join the dots to reveal character as definitively as those told by someone with the benefit of distance in time and space. The element of self-justification that tends to creep into autobiographies often ruins them, even if the ghost, as in this case, is as fine a journalist as Mark Nicholas.

This is not a book of introspection; it is unlikely that Shane Warne understood himself better at the end of it. We certainly do not. Had it clocked in at, say, 250 pages and stuck to cricket and cricketers, it might have been engaging, but there’s too much information here we can do without.

The greatest leg spinner to have played the game, one of Wisden’s Five Cricketers of the 20th century (the others being Don Bradman, Garry Sobers, Jack Hobbs and Vivian Rich­ards), Shane Warne tells us, sometimes disjointedly, about his growing up years, love affairs, sexual escapades, his list of the best players and so on. He confesses that he loves sex; would any of Wisden’s other four have made a statement like that? Sobers was famous for arriving at a match straight from a well-exercised bed, for example.

When Warne talks about leg spin bowling he is brilliant, as in his career. Cricket forces both batsmen and especially bowlers into physically challenging movements. The bowler runs straight up, then abruptly goes side-on, putting pressure on his hip, back and shoulders, and that’s before the arms come into play. To bowl a leg break, most difficult of the crafts, the wrists have to rotate; the googly causes even more difficulty, with the arm having to semi-rotate, putting increased pressure on the shoulders, and the ball having to come out of the back of the hand. Warne’s 708 Test wickets are testimony as much to skill as to body strength.

One of the joys of the game is to see a master like Warne at work. On the field he was insanely gifted, and was perhaps the best man never to have led Australia. Off it he had a reputation for being indi­sciplined and raucous. A bit like Mozart in Amadeus, lesser men asked how such remarkable skills could be bestowed upon such a larrikin.

Between his last autobiography and this one, Sachin Tendulkar has been demoted from being the best batsman in Warne’s book to sharing the spot with Brian Lara.

He writes of leg spin with great passion and nuance. There is subtlety to the field placings too. “If you pack the leg side when bowling round the wicket, you send out a negative signal,” he writes. “If a leg spinner has more fielders on the off side he was attacking.”

It all came naturally to Warne, but he also picked up techniques from his predecessors. Starting with former player Terry Jenner, who first saw greatness in him, and advised against being unfit, even calling him a “fat bastard”. Warne is extremely generous tow­ards the men he respected—Jenner, Bob Simpson, Ian Chappell—and dismissive of those he didn’t, like coach John Buchanan and skipper Steve Waugh, whom he calls the most selfish player he knew, focused on keeping his average above 50.

Somewhere between his last autobiography and this one, Sachin Tendulkar has been demoted from being the best batsman in Warne’s book to sharing the spot with Brian Lara—the former to “bat for my life”; the latter to “chase 400 on the last day”. It might have something to do with the misunderstanding over a tournament in the US, when a cricket tournament had to be abandoned after the first year. “I blame the people around Sachin, not Sachin himself,” he says.

There are interesting vignettes about the IPL—Shane Watson weeping in a corner of the dressing room after a Rajathan Royals defeat, or Lalit Modi meeting Warne in a “room as large as the Oval” while getting his feet massaged by “two people, one on each foot”.

Gideon Haigh, who has written a far more interesting book on Warne, said of his subject, “Warne put me in mind of Edward Ashburnham in Ford Maddox Ford’s The Good Soldier: charmingly shallow, good-natured, weak-willed and positively revolted at the thought that she (his wife) should know the sort of thing that he did.” We await the writer who can improve on that.

As An Eventful Career Draws To A Close, Gambhir Steps Out Of His Crease For Social Work