A Bullet With Manasa’s Name

Ghosh deploys myth and history to focus on the scary maw of a violated nature and the digitally-aided transfer of people. And we carry on, in denial. 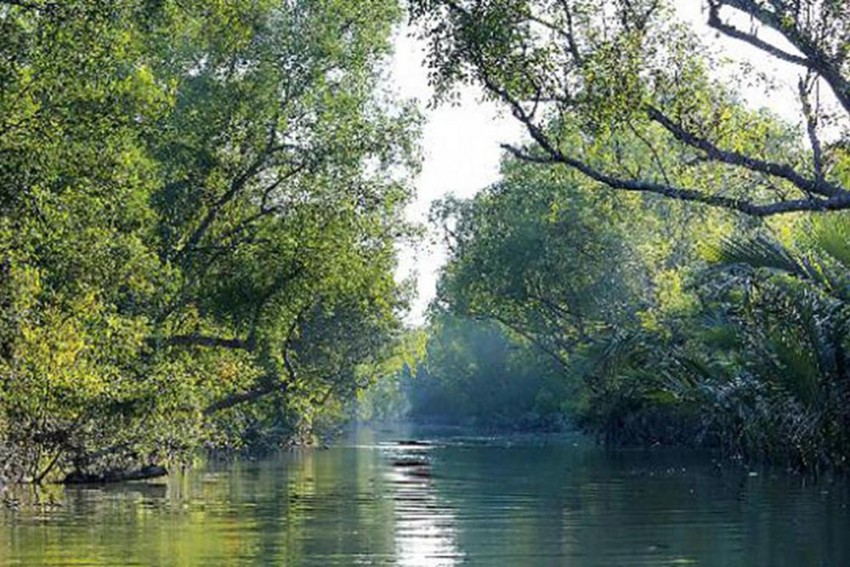 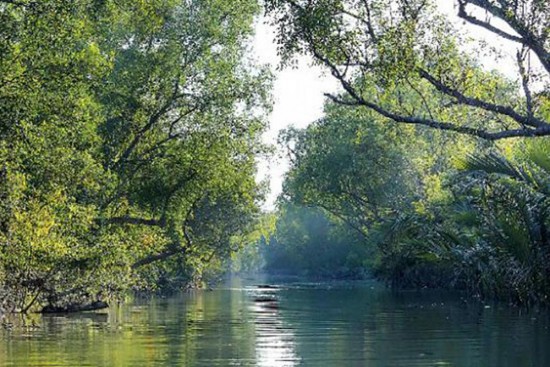 Amitav Ghosh’s anxiety on the subject of climate change had come out clearly in The Great Derangement (2016), wherein his conjecture on our collective inability to fathom lurking dangers of climate change was united with an absence of serious literature on the subject. The world has changed too much, too fast and so profoundly that not much sense can be made of it in non-fiction. Therefore, the conventional cause-effect narrative on the emerging environmental catastrophe rarely engages a large section of the affected and elicits a collective response.

It is only through stories that the universe can speak to us, contends Ghosh, and our failure to listen may invite punishment. It makes sense as we are the only species gifted with the faculty of storytelling that helps us capture the inward mysteries of our existence. Gun Island provides the mythical backdrop that connects the past with the present in Dinanath or Deen’s journey in tracing the footsteps of the gun merchant who had supposedly traversed the world in search of a safe haven to evade the wrath of the goddess of snakes, Manasa Devi. Deen’s travels from the marshes of the Sundar­bans to the gradually sinking Venice via fire-ravaged California is intermeshed with flights of imagination over dots of reality in building a compulsive story of contemporary relevance.

Plotted over a span of three centuries, from the little ice age to the current phase of global warming, the story remains alive to the unfolding ecological crises. The alarming decline of Irrawa­ddy dolphins in the Sundarbans and the invasion of venomous brown recluse spider in Venice provide evidence of shocking things happening around us. Ghosh brings to life non-human, silent, characters in the story—essentially a heady cocktail of myths, folklore and legends. “The primary literary challenge of our time is to give voice to the non-human”. Gun Island succeeds in integrating the non-human into an abs­orbing, partly thrilling, novel that blurs the lines between the real and the imaginary. Kneading past with present, connecting the human with the non-­human, and coupling myth with rea­lity emerge as its most striking feature, an essential prelude to looking beyond the obvious in making a sense of the pervasive crisis looming over us all.

In the mist hanging over the Sundarbans, Ghosh blurs lines between real and imaginary, kneads past with present, human with non-human and myth with reality.

Resting on the undercurrents of mig­ration, a theme that has engaged the aut­hor since the Ibis trilogy, Gun Island provides astute observations on migration—posited here as function of pove­rty as well as a quest for connectedness. One of the most urgent and fraught themes that our political structures have sought to evade has fuelled tales of escape from destitution and persecution. But Ghosh’s essential point is that the theory of deprivation is insufficient to explain the advent of the ‘people-moving industry’—one the world’s biggest and still growing enterprises. More than freak cyclones, smartphones and computers are stoking the desire for connecting with a perceived world of opportunities elsewhere. Does this notion of interconnection, while exp­anding small worlds, not play back on the abandoned rivers and fields?

The exceptionally gifted Ghosh crea­tes an imagery we may not have sensed bef­ore. Rising temperatures and shifting habitats are inextricably linked to our past, things humans have lost control over. It follows that we do not recognise the problems created by our way of life. As every individual is ince­ntivised to imp­rove his/her sta­ndard of living, with states driven by the capitalist model of growth, what will drive us to exit the comfort zone of this ‘new normal’ remains a vexed question.

Gun Island has all that which draws attention to the symptoms of demo­nic possession that the world of today presents. Towards the end of the novel, the glamorous Italian historian lets Deen get a sense of her predicament: “everybody knows what must be done if the world is to continue to be a livable place…and yet we are powerless, even the most powerful among us. We go about our daily business through habit, as though we are in the grip of forces that have overwhelmed our will; we see shocking and monstrous things happening around us and we avert our eyes; we surrender ourselves willingly to whatever it is that has us in power.”

As public response to climate change is caught between the polarities of widespread denial and overt activism—which is also under surveillance by the military-industrial complex—fiction has the power to knock society free of the shackles of cultural cognition and motivated reasoning. Ghosh argues that there can be no compelling period in human history to recognise the urg­ency for such an engagement.