Has the mafia taken over our financial capital? What’s Marathi for Cabs? Raj Thackeray has got his New Year’s gift and he is bound to make the most of it. 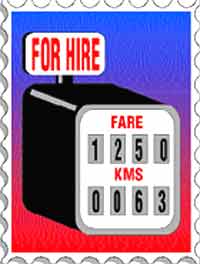 Has the mafia taken over our financial capital? Early morning, a few days ago, two gunmen knocked on the first floor Churchgate ‘Swastik Court’ flat of Nayana Kathpalia. Her maid answered, opening one of two doors, and looking through the iron grille of the outer door. Perhaps mistaking the maid for Nayana, one of the gunmen aimed his pistol at her and fired. Fortunately, the bullet hit the grille, dislodging an iron bar and only slightly injuring the maid. The gunmen fled. Minutes later, Neera Punj, who lives nearby, received an ominous phone call. “Ab tumhari bhi halat yahi hogi (you will get the same treatment),” the voice said.

Nayana and Neera belong to an NGO, Citispace, which is fighting to preserve Bombay’s open spaces. Nayana lives in the heart of the city, a stone’s throw from leading banks and offices of top industrial houses like the Tatas and Ambanis, and not too far from the police headquarters. Both ladies have filed over 50 cases in the Bombay High Court, targeting the Slum Rehabilitation Authority (SRA) scheme being implemented in open spaces. They have also been opposing hawkers who occupy these open spaces. The speculation is that the attack came from one of these two sources but till the time of writing, the police had made little headway in apprehending the culprits. That these underworld elements mean deadly business was made clear a few days after the attack on Nayana when Satish Shetty, another activist, was hacked to death. He had been campaigning against irregularities in land transaction, invoking the RTI Act. On January 21, the high court put the state government on the mat, directing it to furnish all the data Satish had obtained. “Such incidents are to dissuade citizens, who expose irregularities, from approaching this court,” it said.

There is, however, one utility that Bombay can be proud of—its public transport. Though overcrowded, the train, bus and taxi services are probably the best in any city in the country. What’s more, considering the high cost of petrol, Bombay cabs must be among the cheapest in the world. In which other international city can you get from the airport to town for about Rs 300, or the equivalent of $7? Over 60 per cent of the drivers come from UP and Bihar. That was apparently not to the liking of Maharashtra chief minister Ashok Chavan, from whom much was expected but who has till now delivered little. Though he should have better things to keep himself busy, just the other day he announced that future taxi permits would only be given to those who have lived in Maharashtra for at least 15 years and can “read, speak and write Marathi”. What he overlooked was the fact that the vast majority of those who use taxis, including foreigners, expect the drivers to speak Hindi and at least understand some English. Very few taxi-users speak only Marathi, though with bus and train commuters it is very different. Chavan’s foolish move was clearly meant to counter the Shiv Sena and the new political outfit of Bal Thackeray’s nephew, the Maharashtra Navnirman Sena (MNS), which did surprisingly well in the last election. An outcry followed, which resonated at the Congress high command in New Delhi. Chavan was rapped on the knuckles and a chastened and humiliated CM quickly made an about-turn. However, the damage has been done. Raj Thackeray has got his New Year’s gift and he is bound to make the most of it.

I occasionally write for the International Herald Tribune which likes to call itself, with some justification, the world’s only global newspaper. Six years ago, they published three of my pieces and asked me how they could transfer the fees. My local bank, Central Bank, gave me the necessary instructions, including swift code, etc. Only one of the payments came and that too some months later. After the IHT convinced me with proof that all three payments had actually been sent, I took the matter up with the Banking Ombudsman, the authority that looks into such complaints. Then, somehow, one more payment was located in Hyderabad two years later (how it had got there, the Central Bank was unable to explain). The third payment I have still not got, almost six years after the money left IHT. Yet, the Ombudsman, without even giving me a personal hearing or asking the Central Bank for an explanation, has treated my complaint as “dealt with and closed”! I suspect there are other people who have had similar unhappy experiences with foreign exchange transfers to nationalised banks.

The Income tax department clearly has no conception of creativity. Artists and writers are entitled to 75 per cent tax exemption from their foreign earnings. Famed fashion designer Tarun Tahiliani has been seeking exemption under this section for over a decade, with no success. The IT department insists he cannot be called an artist. Stupidity, no?