How I came to know Shashi and made New Delhi Times 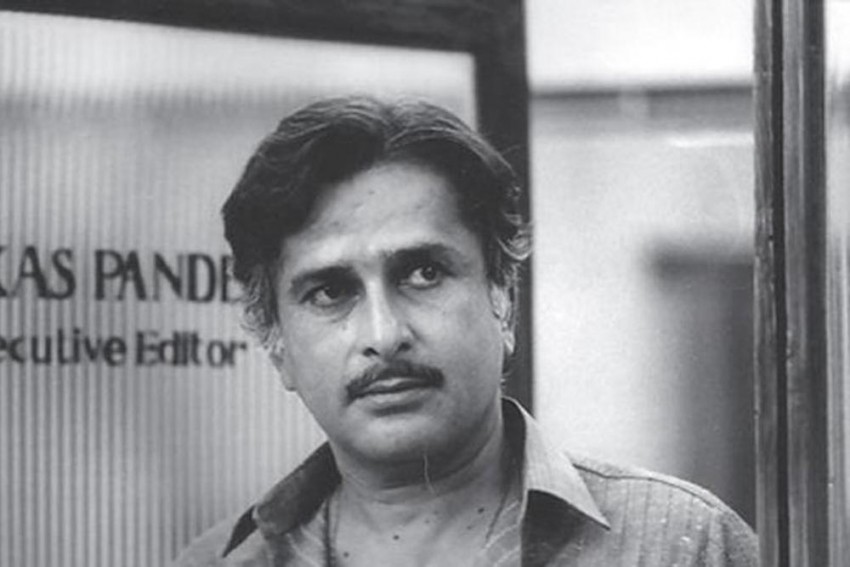 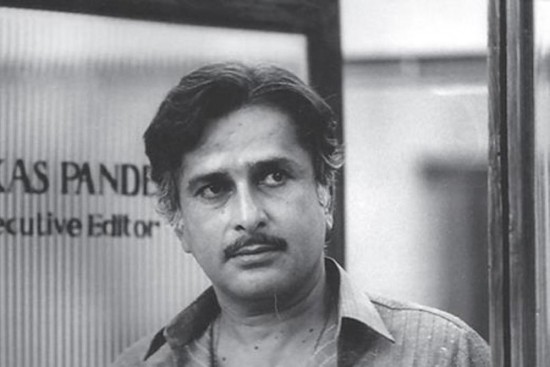 Shashi Kapoor’s artistic lineage was impeccable. His father Prithiviraj  Kapoor, although a consummate film actor, was a doyen of Indian theatre. His brothers Raj Kapoor and Shammi Kapoor were both major film stars. Raj was even called a movie mogul for the big-budget films he made. From his wife Jennifer Kendal’s family tree, he consumed the best of English theatre. Geoffrey Kendal, his daughters and their troupe travelled all across India staging Shakespeare dramas in public schools and the palaces of Maharajas. Shashi had become part of this traveling troubadour and it was here that he met his love and wife Jennifer. This also gave him a passionate commitment to theatre.

His drop-dead handsome looks gave him an easy entry into commercial Hindi cinema. And young Shashi, now with a family to look after, milked this advantage to the point that Raj Kapoor once called him a “taxi”, as he was committed to filming multiple films a day! But it was obvious to all those who knew him well that while he loved acting in commercial Hindi cinema, his true passion was theatre and meaningful cinema. His friendship with Ismail Merchant and James Ivory gave Shashi Kapoor an opportunity to display his talent as a serious actor.  It began with a modest production, a black and white low-budget English language film, The Householder, which led him to be cast in more ambitious Merchant-Ivory productions, including the iconic Heat and Dust along side Julie Christie. Never was an Indian prince more regal or striking than Shashi Kapoor in that film.

Backed by Jennifer’s innate aesthetics, Shashi’s instinct drew him towards meaningful cinema. He mutated into a remarkably adventurous producer, backing story ideas which had strong narrative and good casting. He backed Shyam Benegal with Junoon and then Kalyug (a contemporary retelling of the Mahabharata), he backed 36 Chowrighee Lane, which brought accolades to the director Aparna Sen, and more importantly showcased the acting abilities of his wife Jennifer. I remember I was with him that evening when the National Awards were announced. Jennifer’s performance was overlooked and the best actress award was given to Rekha for Umrao Jaan. Shashi was more than disappointed. He felt the jury had cheated Jennifer and that the award truly belonged to her. 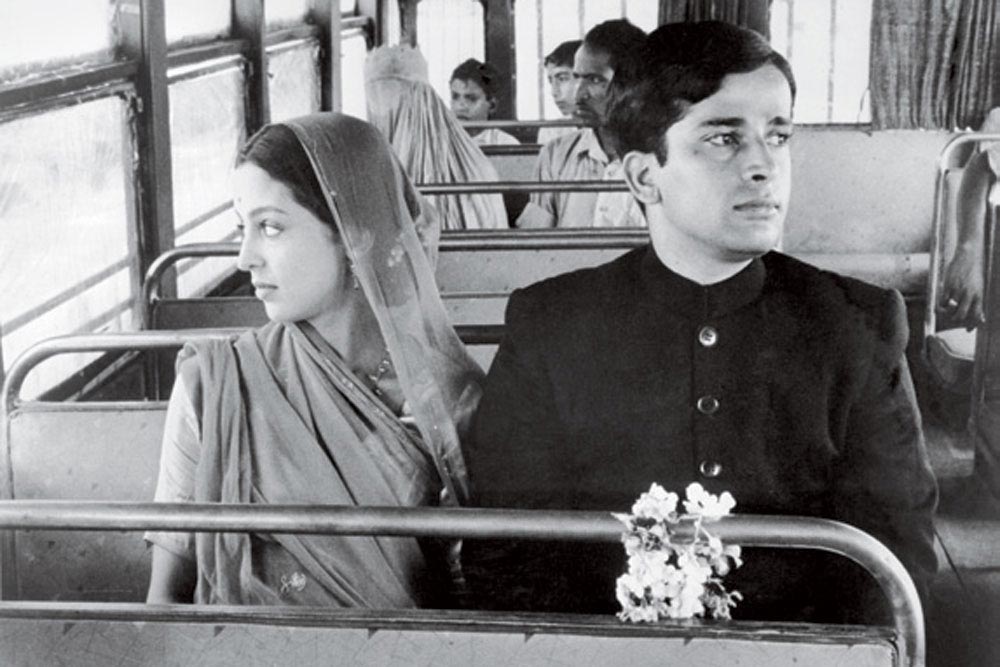 With Leela Naidu, as the affable Prem Sagar in James Ivory’s The Householder

None of his parallel cinema films were box office hits. In hindsight Shashi was a producer way ahead of his time. There were no multiplexes those days and these underplayed, nuanced works of art were not meant for the lowest common denominator.

I met him during this period to cast him as Vikas Pande for New Delhi Times. It was my debut film, and the producer, while willing to back my political thriller, scripted by Gulzar sahab, insisted that I cast a star in the lead role. The obvious choice for low-budget film makers at that time was to go to Naseeruddin Shah or Om Puri and Shabana  Azmi or Smita Patil.  But I felt that I needed a more mature actor for the role of the crusading editor Vikas Pande.  My cameraman Subrata Mitra was a legendary cinematographer. He had worked with Shashi on The Householder and other Merchant-Ivory films. So when I told him of my ambition to cast Shashi, he introduced us over the phone and I flew down to Bombay to meet with him. Shashi, ever the generous host, took me for dinner to The Golden Dragon, the fabulous Schezuan restaurant at The Taj Mahal Hotel. He heard out my pitch over dinner of kingsize prawns, shredded lamb, veggie greens and jasmine rice. Then he asked me if I had some cash with me.  A chill ran down my spine—was he asking me to pay the bill, go Dutch on the dinner? I said yes and took out a hundred-rupee note. He asked the waiter for a plain paper, scribbled something on it and said to me. “Today is Jumma (Friday), an auspicious day to sign a contract. This hundred-rupee is my signing amount.”

Jennifer’s passing away was to change Shashi. There was ­always a shadow of melancholy and loneliness when you went to meet him.

He took the script with him and the next morning called me at the Shalimar Hotel and gave his dates for the first phase. But there were unexpected obstacles waiting . We were ready in Delhi with the production. A modest team of around 50 technicians were housed in a guest house belonging to The Times of India group, which we had rented. That night I rec­eived a call from Shashi, who was in London. He said he could not do the film since Jennifer was seriously ill and he did not know when he could return. He begged me to get ­another star and mentioned the names of the usual suspects to replace him. I told him that I saw only Shashi Kapoor as my Vikas Pande and I was willing to wait for him, even if it meant postponing the shoot. I had already cast Sharmila Tagore for the role of his wife, and Om Puri as the upstart politician.

Jennifer’s passing away a few weeks later was to change Shashi. He began to put on weight and there was always a shadow of melancholy and loneliness when you went to meet him. But he agreed to give me new dates and we shifted the entire production to Bombay. It was during these 40 days of filming that I realised what a gentleman and considerate human being he was. With a phenomenal memory, he learnt all his lines and was ready for the shoot every day on time. Unlike what one heard of other stars, Shashi was truly a gentlemanly actor.  If a scene went off well, he would tease me with some clever Punjabi phrases (which he said Bollywood directors used when they  wanted to suck up to film financiers). One of the most memorable was, “Pappe tussi to Pope ho, tussi India di hope ho…pappe tussi nuclear top ho!”

New Delhi Times had its own share of controversies, most of it created by a thin-skinned government unable to bear any criticism. The film was seen as a work of dissent. But it went on to win three National Awards. One for me as a debut director, one for the cameraman Subrata Mitra and the most important one for Shashi Kapoor as Best Actor. It was the only time he won the Best Actor National Award and he never forgot to remind me of this whenever we met.

With the passing away of Shashi Kapoor, Indian film and theatre has lost a star whose incandescent smile lit a million hearts, whose seamless transition from commercial films to meaningful cinema told its own story of an underrated talent. But above all, it is the end of the era of a gentleman actor—a rare breed  then, and more so now.

(Ramesh Sharma’s films have won many awards, including three national awards for New Delhi Times starring Shashi Kapoor. He has also been nominated for Two Emmys.)