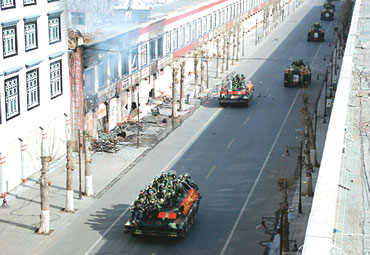 China And Tibet: Through The Years, Darkly