Boatride Down The Styx

The state trampled on his dignity. Now he speaks out. 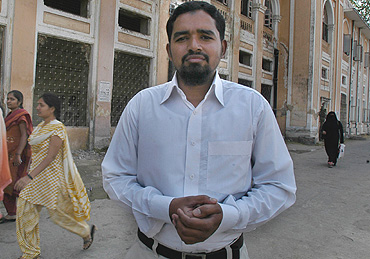 Ibrahim Ali Junaid spent five harrowing months in jail after being arrested by the Andhra Pradesh police as a suspect in the Mecca Masjid blasts of May 18, 2007, and the twin explosions of August 25 at Gokul Chaat Centre and Lumbini Park that shook Hyderabad. The 26-year-old Unani practitioner, then a student, was picked up on September 3, tortured in illegal custody and produced before a magistrate five days later. He was acquitted in the case by the sessions court on December 30, 2008. Following this Junaid has filed a petition claiming a Rs 20-lakh compensation. Here he recounts his trauma:

It was September 3, 2007. I, along with other students of Government Nizamia College and General Hospital, were returning from New Delhi after a study tour. After detraining at Secunderabad railway station, we proceeded to the college hostel in Yakutpura, old Hyderabad, by local train. Once there, I called my brother to tell him I had reached. But no sooner had I come out of the PCO than four cops in mufti grabbed and...