Cold War priorities led the USSR into a peacable equidistance 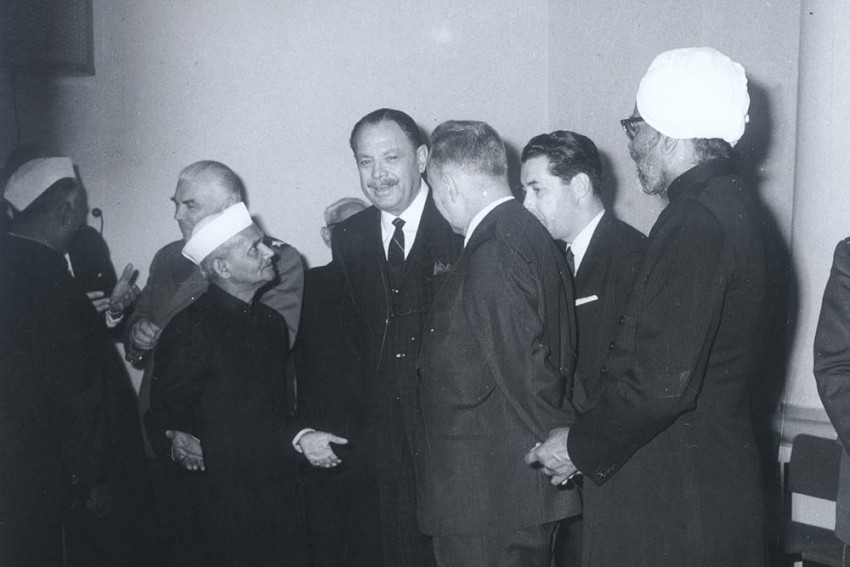 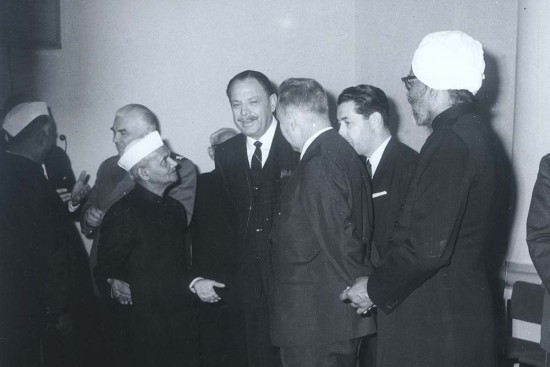 Since the celebrated visit of Jawaharlal Nehru to the USSR and Khrushchev’s pompous return visit in 1955, the Kremlin had been striving to use India as a core element of the envisaged Soviet alliance with Third World countries. The Soviet calculus was comparatively simple. International cooperation between socialist and ‘young’ Asian and African states under Soviet guidance was expected to strengthen the USSR in its peaceful, but relentless contest for global influence against the US At the same time, the presumed success of soc­ialist development would induce countries like India to embrace the socialist model.

Until the mid-’60s, Soviet ideological calculations yielded at best ambivalent results. In India, the Left wasn’t a real power factor in politics, but had to cope with disintegration. In the international sphere, the US and Great Britain rema­ined influential. Improved Indo-Soviet relations notwithstanding, New Delhi still cherished non-alignment and ref­rai­ned from pro-Soviet commitments in Cold War affairs. Moscow was anxious lest India-Pakistan tensions distracted Indian attention from the anti-imperialist struggle, since the simmering Kashmir conflict was a gateway for enha­n­­ced Anglo-American influence. Besides, the India-Pakistan conflict allowed an anti-­Soviet Beijing to pursue its indepen­dent goals as an emerging global power.

In these interdependent constellations, the USSR carefully registered Pakistani attempts to integrate Moscow into its less pro-Western foreign policy of equidistance. It remained to be seen if Raw­alpindi’s course could prove useful for alleviating Moscow’s problems in nav­ig­ating the troubled waters of regi­onal con­flicts, Sino-Soviet discrepancies, and relentless Cold War manoeuvring. Just as well, Pakistan’s new flexibility could impede the Kremlin’s orientation in South Asian affairs. “For 17 years,” the US administration later on gleefully commented, “The US had had one dog chewing on one leg and another dog chewing on other and if Soviets wanted find out what it was like that was all right with us”. Access to Rus­­sian sources concerning the 1965 India-­Pakistan war is limited. However, declassified documents, memoirs, contemporary official statements and press reports allow for a reconstruction of Soviet deliberations.

At the beginning of 1965, the situation on the subcontinent had become explosive. In April 1965, after Pakistan’s occupation of disputed territories in the Rann of Kutch, India and Pakistan were on the verge of war. British diplomatic initiatives prevented further escalation. Mos­cow remained passive. Its restraint was determined by Cold War considerations. Due to increasing American involvement in Vietnam, the Kremlin sensed new opp­ortunities in its global competitions: by taking a more resolute position in Sou­theast Asia, the USSR wanted to score against Washington’s policy and defend Moscow’s socialist stan­ding against Chi­nese radicalism. Hence, Moscow needed a peaceful South Asia and sympathetic relations with India and Pak­istan. It pre­­ferred not to play an active role in bilateral conflicts, since any kind of Soviet diplomatic activities ran the risk of aro­using suspicion in New Delhi and Raw­alpindi either of Soviet one-sidedness, of expansionist motivations, or of neglect of the interests of traditional partners.

From the Soviet point of view, the start of fighting in August 1965 was the result of western imperialist machinations.

Therefore, official Moscow statements belittled the value of the disputed “uninhabited piece of salt swamps” and stressed the necessity of peaceful reg­­u­­lations. Secondly, in meetings with Pre­sident Ayub Khan and PM Shastri in April and May, Brezhnev took great pains to obtain explicit condemnations of the US policy in Vietnam. The talks revealed that both South Asian leaders pursued their own international agenda. Acc­ording to Soviet sources, Ayub Khan at least indirectly indicated his willingness to guarantee that Western military bases in Pakistan would not be used against the USSR, if Moscow in future sessions of the Security Council was ready to forego vetoing non-Indian Kashmir resolutions. Besides, the Pakistani president was eager to underline common ground with the USSR with regard to Chinese represe­ntation in the Security Council. While Ayub looked for Soviet diplomatic back-­­up for his China and India policy, Shastri expected from his hosts unambiguous statements against supposed anti-Indian Pakistani and Chinese proj­e­cts. The timely de-escalation of the India-Pakistan conflict corresponded to Moscow’s interests but did not dissolve the contradictions between Soviet, Ind­ian and Pakistani international designs.

From the Soviet point of view, the new fighting in August 1965 was the result of imperialist machinations. By instigating both countries, Western powers torpedoed two prerequisites of the worldwide socialist triumph, namely peace and economic development. The war’s pote­ntial for capitalist or Chinese interfere­nce in the vicinity of the USSR was also a worry. Again, the Kremlin’s capability to shape the course of events was limited. Initially, Soviet representatives urged New Delhi to end Pakistani infiltration by Indian means quickly. Then, at the end of August, Soviet prime minister Aleksei Kosygin resorted to anti-imperialist appeals. New Delhi and Rawalpindi ignored the Soviet requests, and in early September the battle for Kashmir had developed into a full-fledged war. A Sov­iet offer of good services from September 4 as well as resolutions of the Security Council between September 4-6, which were adopted with Soviet consent, went unheeded. In the meantime, Beijing started its pro-Pakistan diplomatic offe­nsive against the Soviet-American peace alliance. Chinese anti-Indian ultimatums of September 8 and 16 threatened to prolong and intensify the fighting. Besi­des, China’s manoeuvres were suited to undermine fragile Soviet prestige in Paki­stan and to force India to take refuge in the capitalist camp. The USSR resp­onded by intensifying its two-way app­roach of supporting UN efforts and pro­pagandising a Soviet mediating role for future negotiations.

New Delhi and Rawalpindi demurred, but agreed to the Tashkent conference. In preparation, both sides conveyed their main ideas about past and future bilateral relations. While India sought diploma­tic-military safeguards against perceived Pakistani aggression and was inclined to preserve newly won strategic positions in Kashmir, Pakistan insisted on a satisfying regulation of the Kashmir question. According to Soviet records, Bhutto suggested that Pakistan, after a ‘dignified’ solution of the Kashmir problem, would quit the anti-Communist cento and seato alliances. Possible Moscow interpretations about Pakistani readiness to accept a partition of Kashmir and a final settlement proved to be premature. “Both sides”, Moscow informed East German Communists, “came with rigid positions to Tashkent and...did not dem­onstrate any readiness to compromise”. Pakistan repudiated Indian proposals of a no-war pact. Furthermore, the Pakistani delegation did not agree to the partition of Kashmir, but demanded a “mechanism for the solution of disputed questions”, including the Kashmir problem. Only at the last minute, Kosygin and Gromyko found acceptable formulas for the common declaration. Due to the archival sit­­u­­ation, one can only speculate whether Indian and Pakistani hopes about future Soviet aid imp­roved their willingness to cooperate. The Tashkent declaration inc­luded the with­drawal of Indian and Pakistani troops to pre-war positions. Nei­ther side renou­nced fundamental pos­­­­itions. Bilateral relati­ons restarted to deteriorate as early as spring 1966. The USSR limited itself to unimpressive app­eals. Given the deep mutual distrust of the antagonised powers, the Tashkent con­ference did not constitute a starting point for a new quality of relations in the Indo-Soviet-Pakistani triangle, which would have served the USSR’s and global socialist aims. Instead, at the beg­inning of the ’70s, the dynamics of South Asian and foreign developments com­pe­lled Moscow to fundamental red­e­­fin­it­ions in its policy towards the sub­­co­ntinent.

(Andreas Hilger lectures at Hamburg and Heidelberg Universities. He has published extensively on Soviet and German history, the Cold War and on the history of Indo-Soviet relations.)

To Win Before The War