Bloodied Quill In The Badlands

The pen is proving to be not much of a match for the mafia’s guns, at least in Bihar 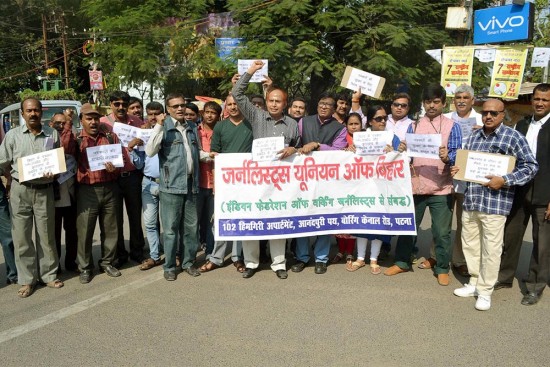 The sword is not mightier than the pen. This metonymic adage has reassured scribes the world over down the ages. But then, what about the gun and the bullets it can fire from point-blank range? That is the question haunting champions of free speech in Bihar, where five journalists have been killed in a little over a year. One more was killed close to the state’s borders with adjoining Jharkhand as well, raising fears over the use of violence to muzzle the voice of the media in the gangetic badlands.

On November 12, Saturday, Dharm­en­dra Kumar Singh, a stringer with a leading Hindi daily, was sipping tea at a roadside stall after his morning stroll when three motorcycle-borne armed men appeared out of nowhere and sprayed bullets at him. The 40-year-old journo from Amra Talab village in Rohtas district was rushed to a hospital in Varanasi, the nearest big city, but he could not be saved.

Dharmendra’s family and the colleag­ues in the local media felt he had paid the price for being a committed journalist, someone who was not afraid to take on the powerful stone-crusher mafia operating in the area. His news reports were his only weapon.

Bihar is no stranger to such killings, and yet the murder of one newsman after another in quick succession has shocked even hardened sensibilities. Dharmendra’s killing came close on the heels of the gunning down of Rajdeo Ranjan, district bureau chief of another Hindi daily near Siwan railway station in May this year. His kin accused incarcerated RJD strongman Mohammad Shahabuddin of conspiring to get him bumped off. The journalist, they said, had been writing against him again and again in his newspaper.