The much-vaunted NREGA has defaulted on many of its promises 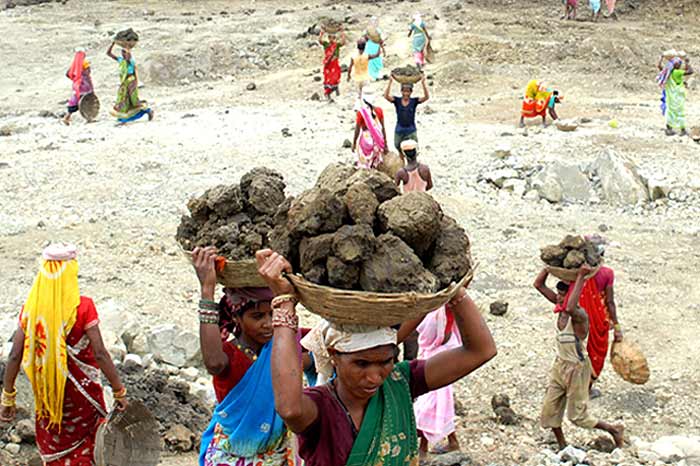 “There are many households in our village who have NREGA cards but have not sought work for over two years,” says 32-year-old Umesh Kumar, gram pradhan of Bhainswal village, in Muzaffarnagar district of Uttar Pradesh. In fact, Kumar recounts having to actually go around persuading people to come for work “whenever we get projects for implementation under NREGA”. This first-time gram pradhan wonders why NREGA (which became a legislation in 2005) programmes are not geared to village development projects and why they do not provide greater work flexibility. That, above all, interests the community.

Similar instances—be they in UP, Bihar or Jharkhand—are increasingly cited by people closely involved with the implementation of UPA-1’s flagship rural employment generation programme. The whispers of discontent are becoming louder, indicating that this has the makings of a serious seven-year itch. Increasingly, the question comes up: Is the programme, promising at least 100 days of jobs for every needy rural household, beginning to lose its appeal?

“There is lack of proper planning and flexibility for local adaptation. In areas with road connectivity little labour can be had.”
Anjani Kumar, Principal investigator, NCAP

Not necessarily, answer experts. They are, however, quick to add that there is need for a “reorientation” towards a targeted approach. This view is now being aired even by some project implementers. A senior official associated with NREGA, who did not want to be named, put it thus to Outlook: “I won’t say everything is right. If NREGA had been better targeted towards backward districts with underdeveloped agriculture and lack of employment, it would have served better. In its present avatar, NREGA doesn’t serve to create much needed jobs in backward areas.”

The latest trigger for an attack on NREGA’s functioning are studies by research groups in Bihar, Uttar Pradesh, Jharkhand and Orissa—states with slow economic development—that do not paint a pretty picture. The government might call NREGA a self-adjusting, self-targeting and self-liquidating scheme driven by job demand, but there’s no denying the problems. When contacted, rural development secretary B.K. Sinha told Outlook, “When there are 60-80 lakh works going on every year under NREGA, there will be individual discrepancy, but I cannot generalise on the basis of one or two studies.”

The trouble, in part, is that the open market wage for manual farm work has risen substantially, from Rs 41 a day in 1999-2000 to Rs 120 currently. Non-farm work, such as like masonry, fetches anywhere from Rs 200-400 a day. Against that, NREGA, which offers Rs 100-200 a day for chiefly manual work, is losing out, particularly in regions where other jobs pay better—and people seem quite willing to migrate to cities for these jobs.

“In the interiors, the situation is better but in areas with road connectivity, there is hardly any labour available,” says Anjani Kumar, principal investigator, National Centre for Agricultural Economics and Policy Research (NCAP). An Indian Council for Agricultural Research (ICAR) wing, the NCAP has been tracking changes in rural poverty in households and the village economy since July 2010. Its five-year study—started initially in Bihar, Jharkhand and Orissa but now expanded to Haryana and a few other states—includes an overview of employment impact.

“The PWD, forest and irrigation departments all get NREGA funds, but just go through the motions for the record.”
Umesh Kumar, Gram pradhan, Bhainswal, UP

More importantly, through local investigators, the NCAP has been tracking the same household on a regular basis once or twice a month. The preliminary findings (which are based on official 2009-10 NSSO data and substantiated with on-ground findings) have established that there is a wide discrepancy between the employment generation data and the actual days the NREGA card holders have got jobs.

“Rajasthan shows better performance, with 2 per cent discrepancy, due to community involvement and civil society pressure, while Karnataka, J&K and Bihar are among the worst, with over 80 per cent discrepancy,” says NCAP’s Kumar. In Jharkhand, for instance, while NREGA work is reported to be going on well, on-ground evidence has shown that instead of employing people, project work is often carried out using machines.

Frequent interactions with village households through field investigators has revealed that there is a definite decline in offtake of NREGA jobs in places where alternative jobs with reasonable wages are available or the agriculture income is not too bad. “Migration to towns is still happening, as you can get a higher salary there. NREGA is losing out due to lack of timely payments,” says Sant Kumar Rai, a field investigator in Jharkhand’s Ranchi district. Thanks, ironically, to NREGA—which has improved agriculture wages—job seekers have more bargaining power today. Growth in the construction sector has also helped push up non-farm wages.

Large field-studies in Bihar, Andhra Pradesh, Rajasthan and Jharkhand by the Institute for Human Development have similarly pointed to major weaknesses in the NREGA project’s formulation and implementation. “We have found many cases where ten days’ work has been undertaken but twenty days’ work has been recorded and paid for. The bigger worry is the poor asset creation due to lack of training, expertise and poor monitoring,” says Alakh N. Sharma, of the Institute for Human Development. Too much delegation of work, without adequate compensation to the village-level monitor, is also cited as a major flaw.

Another study has found wide differences from area to area in people’s attitude towards taking up NREGA work. As expected, this is linked to market wages. “Unlike Meerut, where open wages are higher, in Varanasi, the NREGA wage is attractive. This has helped reduce migration for jobs,” says Atvir Singh, a professor at the Chaudhary Charan Singh University, Meerut. He’s leading a study of NREGA in rich and poor districts of UP, Orissa, Maharashtra and Tamil Nadu.

Singh says data analysis in Uttar Pradesh has revealed that people from backward castes and women are the major beneficiaries in Varanasi. But that is not the case in the better off areas like Meerut. “As only manual work, which is sometimes of very inferior quality, is offered, many people who initially got the card made are not utilising it. There was initially great enthusiasm to get the card, under the impression it would help people get free doles,” says he says.

Given the upsurge in labour market income, farmers too have been complaining. In a recent communication to the prime minister, Union Rural Development Minister Jairam Ramesh has dwelt on this issue, while suggesting a convergence of various government schemes for asset creation. Now that the NREGA scheme is entering its seventh year, NCAP’s Sharma feels it is high time the government had a “relook” at it, to “make it operational only in backward areas, or where agriculture is not sustainable”. With course correction, seven-year itches may lead to better things.