A provocative comment on repression and policing, on degradation and social breakdown and on the innate human spirit and resilience 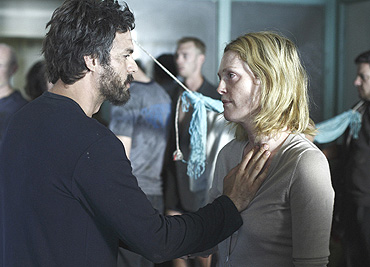 At first glance Blindness comes across as a rather bizarre tale about the residents of an unnamed city who fall prey to an unexplained epidemic of blindness. The fretful city quickly quarantines them to a makeshift prison-cum-care centre where they themselves are left in charge of the governance and day-to-day functioning, while the civilised world outside crumbles and collapses. The inmates include a doctor (Ruffalo) and his wife (Moore), the only member with sight who hides the fact from the rest of the group so that she can remain by the side of the man she dearly loves.

Based on Jose Saramago’s novel of the same name, this tale of loss of vision is an allegory on the themes of faith, trust and deception. It’s an obscure, complicated but uncompromising and powerful narrative; a provocative comment on repression and policing, on degradation and social breakdown and on the innate human spirit and resilience. Blindness is, moreover, about dictatorship and totalitarianism. The alternate world of the blind, much like the world outside, is all about the survival of the fittest, where the strong lord over the powerless. So you have the enigmatic villain, King of Ward 3 (Bernal), who controls the distribution of food and asks for favours in return—material as well as brutally sexual. The redemption too comes from within, as the doctor’s wife draws together some inmates to form a family of sorts, trying to bring in a semblance of order in the surrounding chaos. The film ends with the inmates breaking loose from the prison after a fire. One by one they regain their sight; things come back a full circle and yet you know they would have changed irrevocably.

Moodily shot, the film manages to communicate the sense of deep-rooted paranoia and anxiety to its audience, the moments of claustrophobia on screen reach out and smother viewers; the cruelty and violence jolts. It’s cinema in a most tactile form, not palatable for all but stimulating nonetheless.