The meltdown holds up a mirror to market fundamentalists 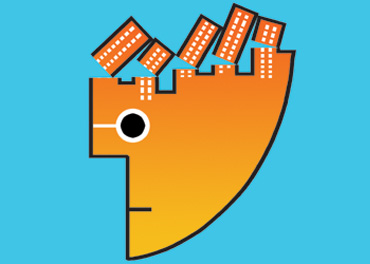 outlookindia.com
-0001-11-30T00:00:00+0553
The global financial meltdown that we are in the midst of is set to go down in history as one of the worst economic disasters. Despite the US government's $700 billion rescue package, the financial crisis is likely to spill over into the real economy, causing job losses and rising prices. This downturn is also expected to wash ashore in distant nations . India's growth rate is expected to drop from the recent 9 per cent to 7 per cent.

The mystifying feature of financial crises is 'contagion'. A problem in one industry or region can leap and escalate to others, like an influenza epidemic. The present crisis began in the US housing market. Starting eight years ago, there was a large expansion of loans to homebuyers in the 'sub-prime market', that is, the segment of borrowers who are considered 'high-risk'—people with uncertain incomes, for instance.

There were two factors behind this credit expansion. Mortgage companies discovered the art of packaging bundles of different mortgages and selling them off to large investment banks. These miscellaneous bundles were difficult to value, leading to genuine miscalculations and the under-estimation of risk. But there was another, less understood problem. Each lender calculated that, in the event of a default, it would foreclose on the mortgaged property and recover much of the loan. When, comforted by this, lots of mortgage companies and banks began extending credit to the sub-prime market, one important constant changed.

Since the new home-buyers were more risky and many of them had taken 'teaser loans' (where the repayment burden is low to start with but grows rapidly later), the overall default rate rose. With so many homes coming back on the market, housing prices began to tumble. Suddenly the property that the banks were foreclosing on had less value, and the banks saw their own asset position deteriorating. Once news of this got out, there was a crisis of confidence with firms cutting back on investment and long-term contracts. That is when the big banks and insurance companies started collapsing.

The role of confidence in financial markets is complex. The broad outlines are best conveyed by a well-known Bengali short story by Shibram Chakraborty: one Saturday morning the narrator finds himself in desperate need of Rs 500. He goes to a gullible friend named Gobar and, by promising to return him the money by Wednesday, gets him to give the loan. Predictably, when Wednesday comes, the narrator is in crisis. So he goes to his old school friend Harsha, borrows Rs 500 with the promise of returning it by Saturday, and repays Gobar. On Saturday, he is back to Gobar for a loan once again. And this becomes a routine: take from one on Saturday, give it to the other; take from the other on Wednesday and return it to the former.

Crisis strikes one day at a street crossing when the narrator bumps into both of them. But he quickly recovers his equanimity, and says he is glad to see them together and has a simple suggestion that will save him a lot of time and leave their situation unaltered. Every Saturday, he tells Gobar, give Harsha Rs 500; and, every Wednesday, he tells Harsha, give Rs 500 to Gobar. Never stop and nothing will change.

Facetious though the story is, it explains the role of confidence well. If Harsha believes that the narrator will always have access to a loan from Gobar, it is safe for him to lend the money, and likewise for Gobar. The moment doubt enters one of their heads, the game is lost. The fear of a stoppage in lending can cause lending to stop.

It is this fragility of financial markets that makes intelligent regulation on the part of government so vital. In the US, the Glass-Steagall Act of 1933 was the bulwark of good finance. Wanton liberalisation of the law over the last several years and the failure of regulation to keep up with the growing complexity of markets prepared the brew for this crisis. Conservative thinkers, who say that it should all be left to the market, stand out not so much for their extreme ideology as for their stupidity. It is true that no one fully understands these crises, but there is enough research in economics now for us to know that if these fluctuations are to be kept within limits, there is no escape from intelligent regulation.

(Kaushik Basu is chairman and professor, Department of Economics, Cornell University. He will write a monthly column for Outlook).

Late-Night Demons In The Rearview Mirror