A timely reminder that despite years of activism, and attempts to make the law more stringent, the problem of dowry hasn't gone away. 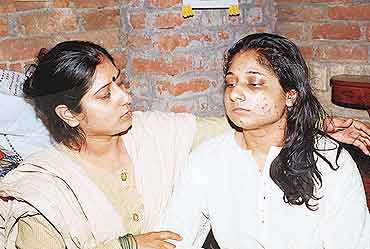 One of the reasons is something Sirohi points to as well: the fact that most people believe there’s nothing wrong with giving or taking dowry; it’s only when the demands become excessive or unreasonable that they begin to worry. The concern is not really for the fate of their daughters, but the fate of their bank accounts. It is both ironic, and tragic, that in the blaze of media attention young Nisha Sharma has got for refusing to marry her would-be husband because his family demanded Rs 12 lakh, no one has seen fit to remark on the fact that her family had already handed over a car, a washing machine, various other gadgets, jewellery, and probably a fair amount of money. In other words, they’d already bought their son-in-law (or sold their daughter), but it was when the price exceeded what had been agreed upon that they began to panic.

Sirohi’s book details the early campaign against dowry, takes the reader through the changes in the law, the spread of dowry beyond middle-class Hindu India, settles on a number of case studies which describe the painful battles parents have had to fight for their dead daughters, and brings the reader round to a conclusion that is mainly despairing but that tries to look for signs of hope. It’s a useful addition to a literature that needs to grow in both volume and depth if we are to understand where this very major problem is coming from, and how we can learn to better address it.