Despite India's hard talk, the illegal immigrants issue has both sides vexed, with few solutions 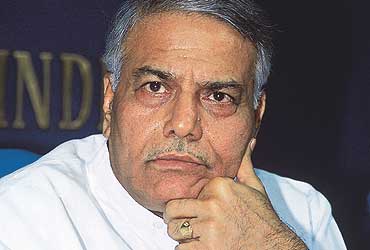 outlookindia.com
-0001-11-30T00:00:00+0553
At noon last Wednesday, Bangladesh high commissioner to India Tufail K. Haider called up the office of foreign minister Yashwant Sinha and requested a meeting saying that he had an urgent message to convey. Sinha met Haider at 6.30 pm at his South Block office. Haider quickly came to the point: he wanted the standoff over stranded snake-charmers in no-man's-land de-escalated. Sinha agreed. Haider then reminded Sinha that he had previously expressed a wish for the Bangladeshi foreign minister to visit New Delhi. Wasn't the moment propitious for such a visit, Haider asked.

Sinha immediately asked an official present in the room to call up the Bangladeshi foreign minister and formally extend an invitation. This was done later in the night. Those aware of the meeting knew the crisis on the border was bound to dissipate now.

And that's what happened. Hours later, the snake-charmers at the zero line—all 213 of them—quietly disappeared. It was almost as if the entire episode had not happened. Later, New Delhi put out the spin that Bangladesh had taken them back. In Dhaka, they were talking just the opposite.

It's a face-saver both countries can live with. For, officially, Bangladesh doesn't recognise the phenomenon of illegal immigrants. The last time the illegal immigrant issue surfaced in formal talks between India and Bangladesh was at the Meghna guest house in Dhaka on January 22. When the issue was brought up by A.K. Jain, joint secretary (home) and leader of the Indian delegation, his Bangladeshi counterpart Kamaluddin Ahmed expressed surprise that such migration was taking place. Ahmed, in fact, remarked, "Bangladesh is more developed than India. Conditions here are better than in India. Why should such a migration take place?" There was no factual basis for this claim, he added.

The Indian delegates were hard put to suppress their smiles: here was a responsible official from one of the world's 49 least developed countries in surreal denial. But this sort of absurdity isn't limited to Bangladesh alone. Take our own deputy PM L.K. Advani, for instance. Sources say that despite his bluster on the issue of illegal Bangladeshi migrants, he expresses frustration that the government is bereft of any feasible method to deal with the problem. This, obviously, only in meetings with bureaucrats.

Illegal immigrants slip into India because the border fence project, among other contemplated measures, is moving at a "pace slower than even a snail's". Although the enormity of illegal immigration from Bangladesh sank in towards 1975, it was not till 13 years later that a task force recommended border fencing. This took off on the ground in 1987; by April 2001, when the Pyrdiwah incident occurred, India had managed to fence just 833 km of the 4,096 km-long border. At this rate, the government's plan to finish the project by 2007 is likely to remain outright fantasy. The intention, anyway, is to fence only 2,600 km of the border; the rest can't be fenced as the terrain well nigh precludes it.

The tardy progress, sources say, is surprising considering that Advani has put a "national security" spin on the matter. The fact is the NDA government hasn't acted decisively despite a border management committee's recommendations after the Kargil intrusions. Land acquisitions for the fencing project remain a pious intention, allocation of funds less than satisfactory.

If the official effort at preventing illegal immigration is laughable, the story of detection and repatriation of illegal migrants is even more absurd. Although government sources say that for the last eight months a process of "pushing back" Bangladeshis into their own country has been under way, there is no practical way the government can identify the alleged 15 million Bangladeshis that the deputy prime minister keeps shouting about.Sources say the figure is exaggerated, that a figure of 10 million is more realistic. But even this the government can't establish authoritatively.

"Many migrants have found their way into the electoral rolls, acquired ration cards and are now well entrenched in their adopted milieu," says an official. This fact also cuts to the heart of the proposed "labour employment permit" that the government is toying with. "It's a stupid concept," the official says. "What advantage would they get from the work permit scheme? These people are aware that once their photographs are stuck on the permits, it becomes easy enough to expel them." The issue, obviously, is a little more complicated than the bjp's rhetoric on it. And it is also not without its ironies.