BoP fragility is a thing of the past, net capital inflow will add to our stockpile 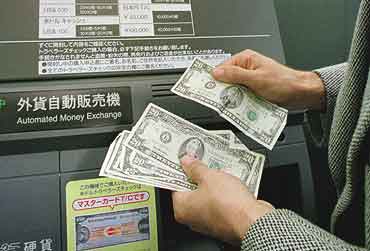 outlookindia.com
-0001-11-30T00:00:00+0553
A different Invisible Hand has been at work on India's external profile, transforming it into one of the biggest strengths of the country's economy during the last 10 years and since the 1990s in general. As a poster-boy of reform during this period, India's external profile became paradigmatically different from its avatar during the first four decades of post-Independence India. During those fateful decades—when an autarchic path of planned development was being followed—foreign exchange and the precarious balance of payments (BoP) were a serious constraint on the country's growth. Not any more.

This is indeed a profound transformation, the likes of which is not adequately appreciated in today's development discourse. When he stepped down as RBI governor in 2003, Bimal Jalan proudly said that "the economy no longer faces an external constraint". He wasn't exaggerating. Till the 1990s, the Indian economy faced persistent BoP problems: to secure foreign exchange, India looked abroad for aid, for IMF support, for high-cost commercial borrowings. And paid a heavy price for this dependence in terms of an erosion of its economic sovereignty.

This dramatic change in India's external profile has its roots in India's response to the BoP crisis of 1990-91, which dictated the need to sell part of our gold reserves and devalue the rupee as part of an IMF stabilisation package. After deft crisis management through a wide-ranging reform agenda by the mandarins of the Union finance ministry led by Dr Manmohan Singh, the country's foreign exchange reserves started building up every year since 1991-92, barring 1995-96. This gradual accretion—unlike the periodic drawdowns and scarcity that bedevilled earlier decades—accelerated since 2001-02.

This reserve build-up is far from attributable to export growth as massive trade deficits persist even now. But a weaker rupee due to devaluation in the 1990s certainly boosted the Invisible Hand of remittances from the diaspora of Indians working, especially in West Asia and the US! The reformist shift from an administered to a market-determined exchange rate and its convergence with the hawala or parallel rate boosted private transfers through official banking channels. The boom in such receipts came close to offsetting the trade gap, resulting in much lower current account deficits than before. 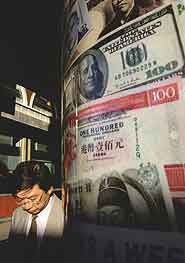 This Invisible Hand got further strengthened with the software export boom since the late 1990s, resulting in unprecedented current account surpluses from 2001-02 to 2003-04. The transformation from recurring deficits on the current account during the 1950s, 1960s, 1970s and 1980s, to a run of surpluses created the broad context for an unprecedented build-up of foreign exchange reserves. Earlier, the country was forced to seek external aid and assistance hat in hand. Now, due to a situation of plenty, it is an aid-giver and there are raging debates regarding the utilisation of reserves!

Remittances thus have been a major source of strength for our external profile. To which, of course, must be added prudent policies followed by successive governments throughout the 1990s with regard to reducing short-term debt and emphasising non-debt creating capital flows like FII and FDI. The latter have begun to accelerate during the last few years, contributing significantly to the reserve kitty. With the easing of the external constraint, the policymakers were emboldened enough to attempt a calibrated move towards capital account convertibility, especially after surviving the Asian crisis of 1997.

Thanks to a strong external profile, BoP crisis management now is less of a preoccupation with India's policymakers than during the earlier decades of development. This shift naturally raises questions regarding its sustainability and what will happen during the next 10 years. Will the Invisible Hand of private transfers continue to work its magic on India's external profile? Or will there be other sources of reserve accretion like a boom in merchandise exports and continuing inflows of non-debt creating flows like foreign direct and portfolio investments as in recent years?

Looking to the future, there is indeed a troubling shadow over the sustainability of private transfers. The West Asian oil-financed construction boom is over and there is less need for Indian unskilled professionals who built the infrastructure in that region. Similarly, the tech boom is over and how much longer will the flows of teachers and nurses to US sustain remittance flows? The backlash against immigrants in developed countries reinforce these doubts—all of which imply that these flows will become less and less relatively important to our external profile during the next 10 years.

Lower transfers and a pick-up of domestic investment and overall gdp growth might subject the current account to pressures. But what can compensate is a much greater outward orientation of the economy in terms of faster export growth due to the ongoing trade liberalisation. There is already talk of aiming for an ambitious target of $150 billion by 2008-09, implying an annual export growth rate of 20 per cent in US dollar terms. With investment-led manufacturing growth and increased export competitiveness across a broad range of products like auto components, chemicals and engineering, such an export boom will strengthen India's external profile over the next 10 years.

In this milieu, the ongoing surge in foreign direct and foreign institutional investments into the economy can only gather further momentum. The former is currently in the range of $3-5 billion and the need is for attracting $150 billion or $15 billion a year to finance building the country's infrastructure like telecom, power, roads and ports over the next 10 years. With greater convertibility, more and more Indian businessmen will also invest abroad in the future as they have been doing in recent years. But overall, the prospect indeed is for greater net capital inflows adding to our reserve stockpile. The upshot is that even if the Invisible Hand is somewhat less important than before, the fragility of the BoP will remain a thing of the past in the next 10 years as now. This much can be said for certain.