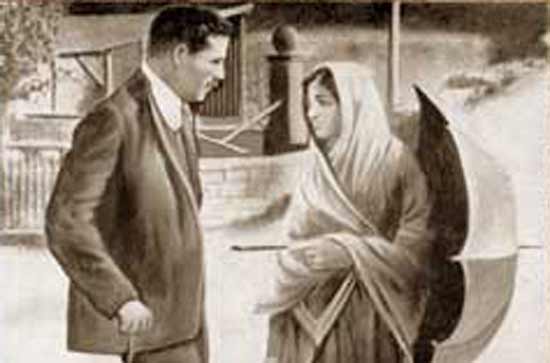 Josh Malihabadi and Firaq Gorakhpuri were teenagers in Lucknow and Allahabad when Allama Sir Mohammed Iqbal, in his late 20s and early 30s, was in a full-blown romance with Atiya Fyzee between Cambridge, London and Heidelberg.

Obviously, Atiya Fyzee was a woman of considerable charm. Educated in England and Germany, she was interested in literature and philosophy, the two subjects in which Iqbal was deeply involved.

By the time Josh and Firaq were in their prime, in age and poetic output, would there have been other women in their social circle with Atiya’s intellect, straddling two cultures? Would they have had the opportunity to experience the intellectual life of Heidelberg and Cambridge? Of course not. This was because different centres of Urdu culture like Lahore, Hyderabad and Lucknow were getting exposure to European ideas at varying paces.

Lucknow’s decline had begun in 1856 when the last king of Avadh, Wajid Ali Shah, was exiled to Metiabruz near Calcutta. Lahore and Hyderabad were thriving centres a hundred years after Lucknow’s cultural demise.

Atiya Fyzee, daughter of Hasan Ali Effendi and Shareefun Nisa Tayabali, was also a cousin of Sir Akbar Hydari, prime minister of Hyderabad. Her aristocratic credentials were further strengthened by her sister Nazli Begum’s marriage to the Nawab of Janjira. Nazli Begum, like her sister, was also a writer. Her travelogue, Sair-e-Europe, published in 1908, is amongst the earliest Urdu travel accounts written by a woman.

While Western influences varied from region to region, there were some common social customs afflicting all—Iqbal, Josh, Firaq, Jigar, and many others. Each one of them was a victim of that one institution: “arranged marriage”. Here were men of great creativity and craft, their imagination scanning the skies, married at a young age to women with little learning or accomplishments.

This intellectual and aesthetic gap was filled by the “stag” company of peers. There was always the songstress, the courtesan adept at Kathak, conversation and uninhibited, brazen seduction. Iqbal too may have participated in relaxations which seem so decadent now. But his open mind was much more easily ensnared by the beauty and intellectual allurement that Atiya Fyzee had to offer.

This book is largely centred on the correspondence between Iqbal and Atiya. They met in London and sustained a friendship even in Germany, where Iqbal was engaged in some philosophical research work. How could he have shared his doctoral dissertation—‘Development of Metaphysics in Persia’—with a courtesan? He could with Atiya.

In some letters he shares with her his deepest emotions: “Yes, I refused the Aligarh chair of philosophy and a few days ago I refused to accept the Lahore Government College chair of history.”

Then comes a startling revelation: “I do not wish to enter any service. My object is to run away from the country as soon as possible. You know the reason. I have a sort of moral debt to my brother which detains me. My life is extremely miserable. They force my wife upon me. I have written to my father that he had no right to arrange my marriage especially when I had refused to enter into any alliance of that sort. I am quite willing to support her, but I am not prepared to make my life miserable by keeping her with me. As a human being, I have a right to happiness—if society or nature deny that to me, I defy both. The only cure is that I should leave this wretched country for ever, or take refuge in liquor which makes suicide easier.”

“Those dead, barren, leaves of books cannot yield happiness; I have got sufficient fire in my soul to burn them up and social conventions as well. A good God created all this, you say? Maybe. The facts of this life, however, tend to a different conclusion. It is easier to believe in an eternal, omnipotent Devil rather than a good God.” Does it sound like blasphemy? Go, dig up Iqbal’s grave!

These letters enliven the relationship between a great poet of the subcontinent and a lady who was no dilettante.

An unlikely person caught by Atiya’s magic was Maulana Shibli Nomani, a giant among intellectuals but a maulana nevertheless. He found it hard to recover from her charms: Atiya tum ko yaade Lucknow/hogi to kyon hogi? (Atiya, why would you ever remember Lucknow?) It was here that they met.

Maulana Shibli did catch Atiya’s fancy. But it was on Iqbal’s multifaceted genius that she remained focused, even after her marriage in 1912 to the renowned artist, Samuel Fyzee Rahamin.