A dispirited Congress hasn't got back on its feet since the assembly poll KO. But the Gondwana factor lurks. 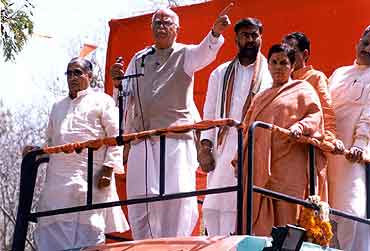 In the heart of India, the Congress is clearly not in battle mode for Lok Sabha 2004. Party morale is at an all-time low, local leaders have either absented themselves or are engaged in fighting each other. The high command in Delhi appears to have virtually thrown in the towel. Fortunately for the Congress, the BJP appears determined to score a few self-goals, thus allowing the former to at least save face.

At the Congress HQ in Bhopal’s Jawahar Bhawan, there’s little sign of the usual frenetic election activity. And party office-bearers and workers are only too willing to share their angst against the high command—for treating MP as a lost cause—and their local leaders,...