Home  »  Magazine  »  Poliglot  » Interviews  » Interview »  Bihar Is In A Mess And We’ll Change It: Yashwant Sinha

Bihar Is In A Mess And We’ll Change It: Yashwant Sinha

Former BJP leader Yashwant Sinha is back with a Third Front to take on the JD(U)-BJP combine. He says his front will contest all 243 seats as “elections are a means to bring change in a democracy” and it is time to change Bihar. 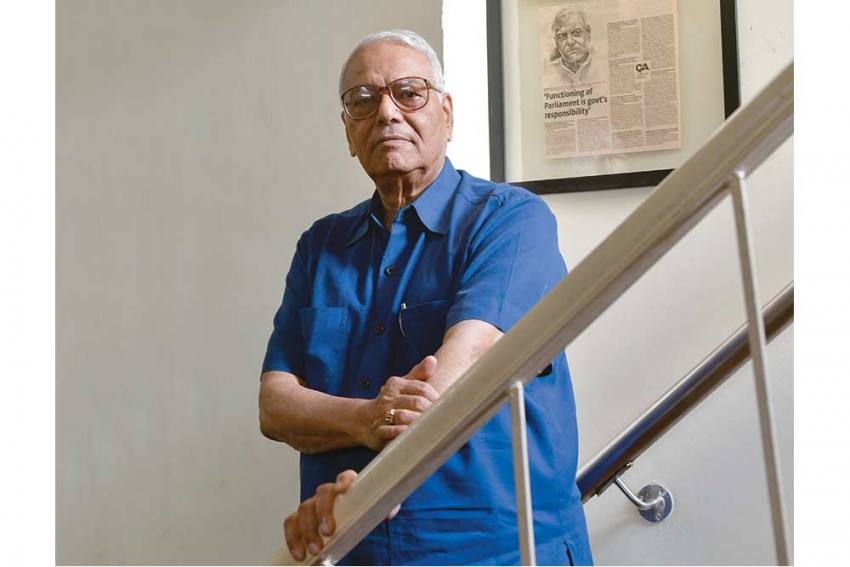 Photograph by Tribhuvan Tiwari
Bhavna Vij-Aurora July 02, 2020 00:00 IST Bihar Is In A Mess And We’ll Change It: Yashwant Sinha 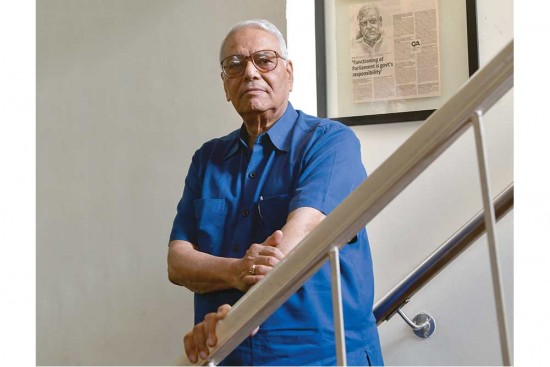 Former BJP leader Yashwant Sinha refuses to stay in political oblivion. With assembly elections due in Bihar later this year, Sinha is back with a Third Front to take on the JD(U)-BJP combine. The former Union minister tells Bhavna Vij-Aurora that his front will contest all 243 seats as “elections are a means to bring change in a democracy” and it is time to change Bihar. Excerpts from the interview:

How did the idea of a Third Front for Bihar come about?

“Anyone intere­s­ted in developing the state is welcome to join our Third Front.”

In recent months, we watched the sad scenes of migrant workers walking back to their villages. The largest number was of those who belong to Bihar. As many as 40 lakh Biharis migrate from the state to look for jobs. Even after 73 years of independence, why is Bihar in such a mess? This question came to me time and again. I am a Bihari. I studied in Patna and was a Bihar-cadre IAS officer. Many others—friends, family and people of the state—had the same question and urged me to take the lead. I decided to try and lead a movement for change in Bihar, an ‘andolan’. Things are in a mess in the state.

What kind of a mess?

Nitish Kumar has been chief minister for the past 15 years, and when I looked at the data, I realised Bihar continues to be at the bottom in all development indices. For the past 27 years, Bihar has not developed in most sectors, including agriculture, health and education.

Are you going to contest all seats? Who all are supporting you?

Yes. We are going with the slogan ‘Is baar badlo Bihar, banao behtar Bihar’. Several small political parties, independents and intellectuals are part of the Third Front. We welcome all like-minded people and parties to join us in transforming the state.

Are you willing to ally with the Congress and the RJD?

I have not had any discussion with them, but yes, they are welcome. Anyone who is interested in developing Bihar can join in.

What about another BJP rebel and fellow Bihari, Shatrughan Sinha?

I have not spoken to him yet, so I wouldn’t know his mind. But yes, I will be talking to everyone in the coming days.

Political strategist Prashant Kishor had also talked about supporting a Third Front in Bihar. Are you in touch with him?

I have not spoken to him yet. But I am willing to explore.