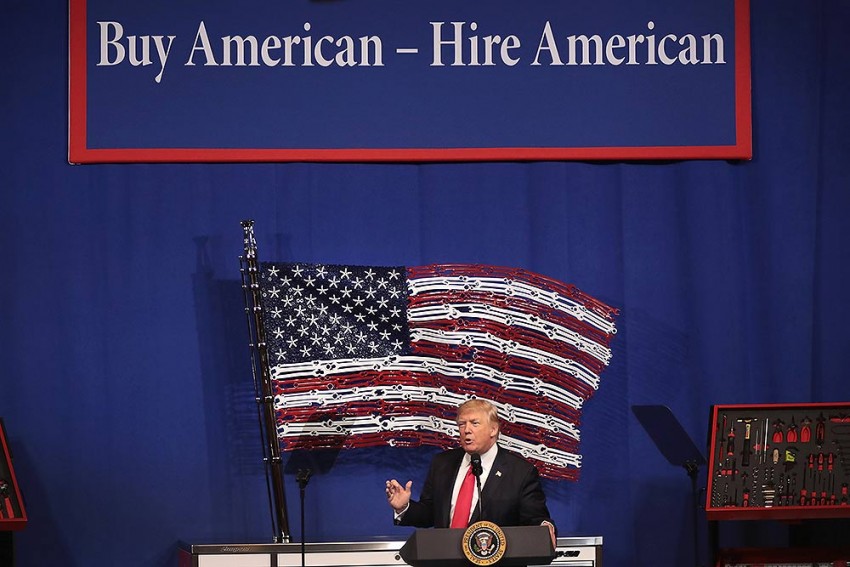 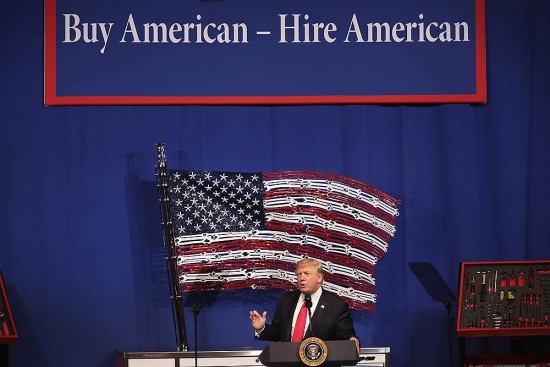 In what is seen as one more attack on H1B visa seekers, the US government is set to pass yet another bill that will make it even more difficult for Indian companies to send people to their projects in the US.

The new legislation, Protect and Grow American Jobs Act, HR 170, introduced by Republican U.S. Representative ­Darrell Issa, was passed by voice vote in the House Judiciary Committee of the US Congress ­earlier this week. The bill proposes to raise the ­minimum salary of H1B visa ­holders from $60,000 to $90,000, and also to tighten the work vis­as used by a slew of Indian companies to send ­their workers to the US.

While the bill still has a long way to go before it becomes law, it already has ­Indian companies in a bind and ­concerned over its implications.

Experts feel that HR 170 would harm US businesses and impose an extraordinary amount of bureaucratic red tape on a programme that contributes greatly to the country’s prosperity. It could disrupt the marketplace, threaten ­thousands of US jobs and stifle US ­innovation by ­unfairly and arbitrarily targeting a handful of companies who used just 16 per cent of the new H1B ­visas in FY 2016, while imposing no new ­requirements on the vast majority of companies that use the visas to do the exact same things. 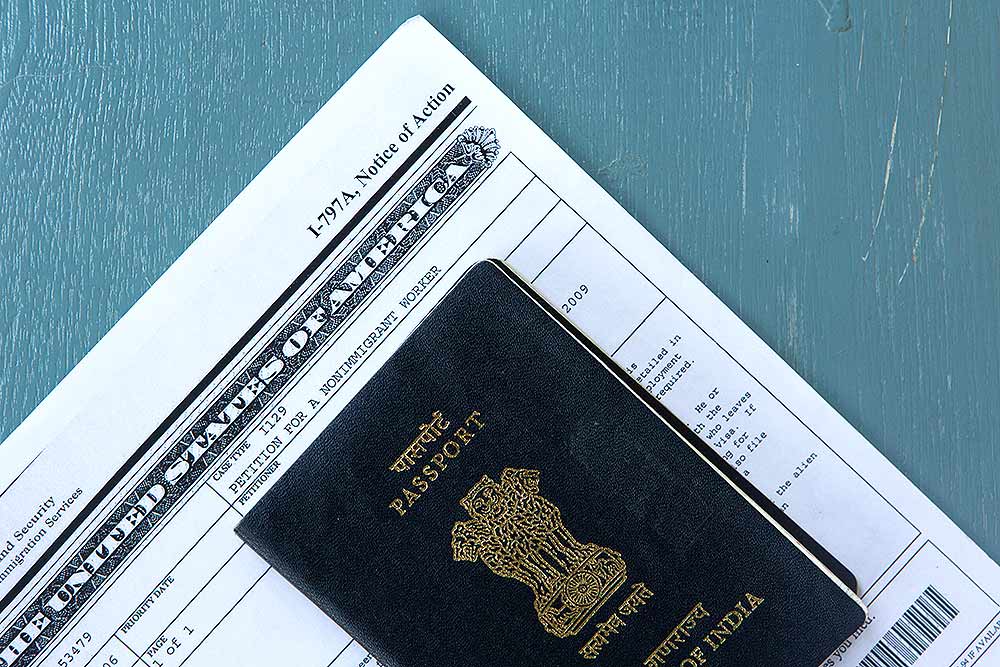 Says Raja Lahiri,  an IT expert and partner at Grant Thornton India, “In the event the bill gets passed in the US and implemen­ted, there would be cost implications for Indian IT companies which would mean higher costs of delivery and a consequent impact to margins.”

With the proposed increase in the minimum salary of H1B holders, it is certain to hit the margins of Indian companies’ US projects. Plus, with the other restrictions on hiring in the US, companies will be forced to hire locally. Given the ­difference in salary between American and Indian workers, this will increase the wage bill of the companies, hitting their margins harder and impacting their cost advantage. Most of the Indian companies work primarily on cost ­arbitrage, though some have upped their skill quotient in overseas projects. Thus, while the bill may reduce this cost ­arbitrage advantage, the strong skills of the Indian IT work-force, which are sought ­after by global companies, will continue to be available to clients.

“This has always been on the cards. A lot of Indian IT companies, especially the top ones, have already been taking steps to mitigate this and have been ramping up hiring in the US to increase the local American head count. Increasing H1B salaries and hiring locally in the US will increase the cost level and potentially impact onshore margins. Companies may therefore have to negotiate different pricing models with their clients, and they will have to look at productivity to protect margins,” says Lahiri.

Of course, the model of people deployment (on-site by sending people from India) is anyway going through a transformation, and client delivery models are evolving to make use of cloud, AI and robotics. Indian companies need to adapt to this, reducing their dependency on people deployment and incorporating the new models.

While the anti immigration campaign reached fever pitch during  Donald Trump’s presidential election campaign, HR 170 comes close on the heels of another bill floated in the US Congress to control immigration, particularly through H1B visas. In September, Senators Tom Cotton and David Perdue proposed the Reforming American Immigration for Strong Employment (RAISE) Act, which aimed to reduce the number of legal migrants (green card holders) allowed in the US by 40 per cent in the first year and by 50 per cent over a decade; that is, it is int­ended to cut the number of immigrants to 637,960 in its first year and to 539,958 by its tenth year, from 1,051,031 in 2015.

HR 170 is more focused on H1B visa holders, and this is likely to impact Indian companies more as they are the largest beneficiary of these visas. Indeed, it specifically prohibits employers in the US from replacing Americans with H1B employees—no exceptions this time.

However, some experts believe that it will be difficult for the bill to get a consensus in the House, and the chances of it being passed are remote due to the differences between Democrats and Rep­ublicans on this issue. But in case the bill finds its way through, it will be bad news. Says LCR Capital co-founder & CCO, Rogelio Caceres, “While it is highly unlikely that this bill will ever become law, it seems to penalise Ind­ian IT ­professionals who have added much-needed talent and technological know-how and capabilities to the US economy and its growth. It would be highly unfortunate if the flow of this type of talent were to be curtailed because of this new bill.  Unfortunately, the EB-5 investment visa might soon be the final remaining path to US residency for many Indian ­professionals and students.”

Nasscom president Rentala Chandrashekhar agrees, and believes that the bill could be detrimental for US companies and to the US economy s as a whole. He says, “Just like their American and Eur­opean counterparts, our India and US-based members add value to their US clients’ businesses and to the US economy. They are hiring more American workers, investing in education and training programmes, and contributing to their local communities around the country. Unfortunately, this legislation is being ­driven by myths, not reality.”

He says that U.S. government data rev­eals very significant shortages of high-skill talent in the country. It shows that the high-skill visa programmes are not a major cause of US unemployment, and IT specialists working on temporary vis­as are not “cheap labour.” Employers who use the H1B programme are highly ­regulated and scrutinised.

The proposed increase in the salary of H1B visa holders is also expected to ­aff­ect many prospective job seekers who relied on the visa to get jobs in the US. Says Mark Davies, Global Chairman of Davies & Associates, LLC, “An increase in the salary requirements for H1B will impact several segments of the Indian community, such as the many Indian students who have traditionally relied on H1B for post-graduation employment, as well as highly skilled workers in lower level positions. Faced with inf­lated salary requirements, Indian students are simply unl­ikely to find jobs through the H1B programme.  This is why concerned parents are increasin­gly gifting children money to apply for a green card. Many skilled Indian workers in America are concerned that the H1B programme is no longer viable for them and are ­similarly applying for a green card through the EB-5 ­programme.”

Nasscom vice-president Shivendra Singh also refutes the claims that Indians are cheap labour in the US. He says, “According to the U.S. Bureau of Labor Statistics, across the US economy, app­roximately 20 million people per year lose their jobs due to reasons not linked to hiring H1B employees. Compared to that, the annual number of H1Bs gran­ted to the top 10 India-centric IT service companies in 2016 was only a tiny fraction of the US workforce. According to a study by the Pew Research Center, based on fiscal 2016 data from US Citizenship and Immigration Services (USCIS) data, for eight of the top 10 India-centric IT companies, the average salary for workers on H1B visas was higher than the ­median salary for US citizens in ­computer and mathematical jobs.”

Like RAISE , HR 170 will have to face many hurdles to become law, and exp­erts doubt they will make it at all. But the mood in the US is clear and is a signal for Indian companies to up their skill ante and be prepared for eventualities.