Ihimaera's Indian epiphanies, a fictionali­sed account of JNU life and the best from The Modern Review in book form 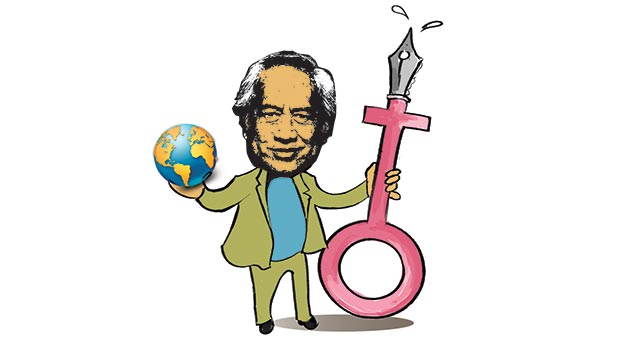 Witi Ihimaera, the popular and critically acclaimed Maori writer, whose novel, The Whale Rider, is also a blockbuster film, finds an easy connect with India. Witi says he encountered many epiphanies in his first trip here. For instance, when he went to the Agrasen’s Baoli, the spectacular stepwell in central Delhi, he thought of all the women who would have used it. Suddenly, he found his mother—long dead—sitting on one of the steps and smiling at him. She too had walked long distances from her Maori village to fetch water.

The first JNU book is out. No, it’s not about Kanhaiya Kumar or cries of azadi. Up Campus, Down Campus is a fictionali­sed account of JNU life seen through Anirban Roy, a small town boy who comes to the venerable campus to crack the IAS exam. But he gets swept by campus politics and suffers the customary heartbreak. Written by journalist Avijit Ghosh, it’s partly autobiographical. With curios­ity about JNU at a high, the book gives a lived-in experience of campus life.

The best from Ramananda Chatterjee’s erudite magazine, The Modern Review, bet­w­een 1907 to 1947 is now in a book: Patriots, Poets and Prisoners. In an editorial in 1925, Chatterjee wrote this in a cautionary vein: “None of us mere journalists can equal...those who have some lasting achievement. But even the youngest journalist may feel the temptation of pos­­ing as superior or at least equal to, say, the greatest sta­­tesman or scientist...by criticising them. There is no harm; nay, it is often necessary. But what we should never forget...is that the critic is not equal to the doer in the broadest...sense.”

Her Voice Has Sweetened Life