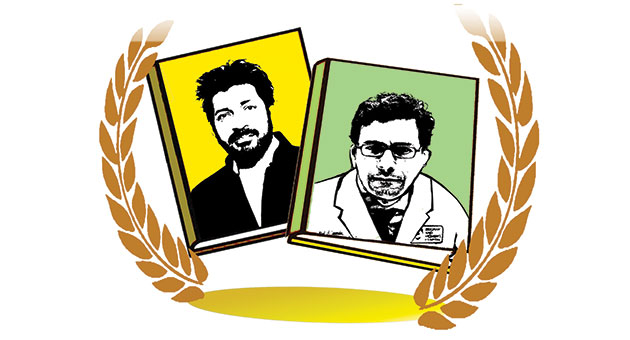 There are two Indian-origin doctor-authors in the New York Times bestsellers list. There is Siddhartha Mukherjee’s The Gene at No. 5 in its 3rd week and Atul Gawande’s long-running Being Mortal, in its 76th week at number 14. Mukherjee is Indian-born and therefore more rooted to the country—he is deeply into Bengali culture and his extended family in Calcutta. Gawande is an Ohio-born second-generation Indian-American, son of doctor parents, who knows about the country only through his dad Atmaram’s stories about his father in a village near Nagpur. Both talk about their families in their books. Mukherjee’s des­cription of madness in his family is brutal and heart-rending. Gawande is more fairy-tale—his grandfather lost everything at a young age, leased a bit of land, worked on it, expanded it to 400 acres, became rich and sired a huge family.

Another Indian-born American writer has won big—Akhil Sha­rma has got the €1,00,000 International Dublin Literary Award for Family Life. For this award, books have to be nominated by a library, and Sharma’s book was nominated by the  IIC library. It tells the story of a family’s journey from New Delhi to New York, where the elder brother needs constant medical support after a terrible accident. It touches “the core of human experience and what it is to be alive”, said the judges.

Echoing Conrad, German writer Kurt Heuser wrote in his novel The Inner Journey (1932), set in Africa: “The interior: that might signify the heart of the continent, but also the heart of things, the mystery: and finally, the comprehension of himself in nature and in Time”.

Tippler Takes Over The West