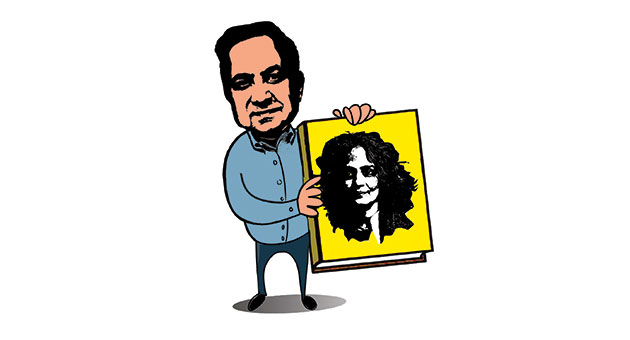 Not A Small Thing

The Booker academy makes a special, hand-bound, hard-cover edition of the winner’s book, in an exquisite case, just a single copy to be handed over to the author. Guess where Arundhati Roy’s copy of this unique edition of The God of Small Things is? With her friend and philosopher, N. Ram of The Hindu, which Arundhati presented to him and his wife Mariam on their wedding anniversary. “She is like that; she would give her most prized possessions to friends without a thought,” he says. Ram keeps it carefully wrapped in soft cloth, safely in a cupboard in his study, and shows it prou­dly when friends drop in.

For all those who are still rubbing their eyes in disbelief at Donald Trump’s run for the president of the US, here’s a timely book on the stands. The Truth About Donald Trump is Pulitzer Prize-winning author Michael D’Antonio’s attempt to deconstruct the man the whole world wants to figure. D’Antonio has got interviews with ‘the Donald’ himself, as well as all his grown-up children, friends, enemies, lovers and haters. The book says Trump’s trademark method is based on a logic that he is a singular and superior human being. God bless America.

Walt Whitman’s guide to the 19th century man for a noble physique, Manly Health and Training, written in 1850s, has been rediscovered. His main tips to the modern man? Have a simple meat diet, avoid sweets and vegetables, go outdoors for a run in fresh air and do not “exhaust oneself continually among women”.

In Halimunda They Spin Webs