A quick early review of Rushdie's latest and a terribly tiny tale about Hitchcock. 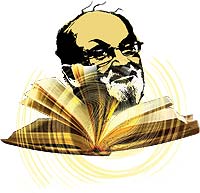 Early reviews of Salman Rushdie’s new novel, Two Years, Eight Months and Twenty-eight Nights (which is The Arabian Nights’ 1001 stories put in the Gregorian calendar format) point towards the author going back to the magic realism he used in novels like Grimus and had mastered by Midnight’s Children. The book is full of gravity-defying goblins and djinns, princesses, rakshasas and tyrants. But it’s not exactly going to be like Haroun and the Sea of Stories or Luka and the Fire of Life, because at one point in the novel, it says these creatures “are not noted for their family lives. (But they do have sex. They have it all the time)”. 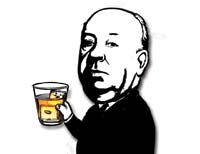 As many would know, the icons of French New Wave cinema, like Francois Truffaut, Eric Rohmer and Claude Chabrol, were ardent fans of Alfred Hitchcock, much more than British or US critics of the time. Once, when Hitchcock was shooting in Paris, Tru­ffaut and Chabrol went to interview him. Excited to distraction, they walked straight over a frozen pond, stepped on thin ice and were soaked to their skin. Teeth chattering, they asked Hitchcock if they could do the interview the next day, and he agreed. Years later, when Truffaut met Hitchcock for his book on him, the auteur told him: “Of course, I remember the incident. Whenever I see ice floating in a glass of whiskey, I think of you and Chabrol.”

The highlight of the Delhi Book Fair was piles of foreign paperbacks and hardcovers sold at throwaway prices. Sift and hack through the mountainous dross and you’d ferret out a gem. Like a virginal copy of Joseph Roth’s Radetzky March.

Learning At The Sangam