Legendary artist Ram Kumar's plans to write an autobiography and the next hot non-fiction of the season. 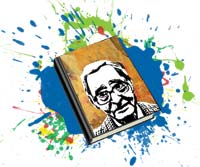 Legendary artist Ram Kumar, who will turn 91 this year, is also a fine writer. He doesn't use the family surname, but he is the older brother of writer Nirmal Verma (author of the great Hindi novel Parindey and Crows of Deliverance, a collection of seven short stories, in Eng­lish translation). Fri­ends who know Ram Kumar say his short stories and essays are of superior quality. Now the wise, sparkling and amiable painter may be persuaded to write his autobiography. "I have made notes and ske­tc­hes of the various stages of my life in Hindi. But someone will have to go thr­ough them and make a book out of it," he says. It's an endeavour worth taking up. What a story his life will make! 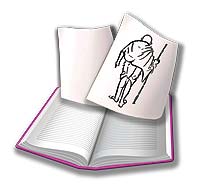 Raghu Karnad's Farthest Field: An Indian story of the Second World War is the hot non-fiction of the season, in which he traces his family's history to the war. Now, journalist and academic  Amrita Shah, whose recent Ahmedabad is a searing social and political biography of the city, is on to something as exciting. Her next book is the fascinating story of her great-grandfather, Mohanlal Killa­wala, who was in South Africa about the same time as Mohandas Gandhi. He was not an idealist, but went to Africa to make money, as most Gujarati businessmen did, as an interpreter in the courts. Shah follows his life through documents from South African archives to tell a story of empire from an ordinary immigrant's perspective. Much has been written about indentured labour, but Killawala was what they called a ‘passenger Indian’ who paid his own fare. He was involved in satya­graha, but it will be refreshing to read about South Africa at the turn of the century without Gandhi at its centre.

Travels To Other Dawns