Overheard at a launch party: what is going to be the dullest book event ever? 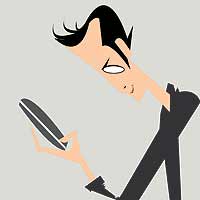 Amazon has launched its India Kindle store, which means you can read books on Kindle (which costs about 7K) and pay in rupees. It’s already plugging bestselling authors like Chetan Bhagat and Amish on its storefront. Penguin recently announced it’s putting about 250 of its titles as e-books, all of which will soon be available in Kindle. There’s some good news for authors as well, as Amazon has opened its Kindle Direct Publishing, where e-book writers can get their royalties in rupees credited to their accounts. Will this make e-reading catch on like fire in India, or are we still too used to the feel of papyrus?