Overheard at the Zhiwa Ling, the sprawling resort at Paro, Vikram Seth to bartender...

When Jigme Khesar Namgyei Wangchuck, the Dragon King of Bhutan, gets time out from his royal duties, he takes up the camera. His new book, Through the Lens of the King (Roli), released last week at Mountain Echoes, the annual literary festival in Thimphu, captures his country’s splendour. It has stunning pictures of the mighty Himalayas, of the many monasteries and forts, and of village folk on fields. And the king also has a keen eye for detail. For instance, there is this caption: This young girl from Jurmi village is wearing a necklace of miniature phalluses, carved in wood by her father, in the belief that they will ward off the evil eye and protect her. 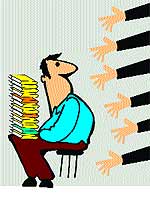 The spectacular Taj Tashi was one of the lit-fest venues. At a dinner, someone from the group chatting with filmmaker and songwriter Vishal Bharadwaj (Maqbool, Omkara) mentioned he is also a great short story writer. As there were top publishers around, a mini bidding war ensued. But he discreetly steered the conversation towards the poetry of Gulzar, standing next to him, saying his stories were still amateurish.

Not A Tall Story

Overheard at the Zhiwa Ling, the sprawling resort at Paro, Vikram Seth to bartender: “Please take a tall glass. Ok, now pour the vodka till I say stop. Ok, stop. Now, the litchi juice, I’ll tell you when to stop. Ok, stop, stop. Now, some ice please. Keep adding. Ok, stop. Could you please add some more litchi juice now, just a little bit. Yes, that’s fine. Now, top it up with some vodka please, so that it floats at the top. Yes, that’ll be it. Thanks very much.”