Hullabaloo in the Orhan Pamuk-Kiran Desai nest: the Nobel and the Booker winner have ended their two-year relationship 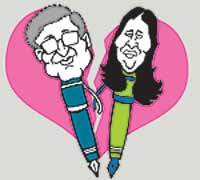 There is some hullabaloo in the Orhan Pamuk-Kiran Desai nest. The Puck tells us the literary ‘item’ couple—he the Nobel winner, she the Booker—have ended their two-year relationship. Sadly, the break-up was acrimonious, with both the celebrated writers hurling abuses at each other. The tipping point seems to have been Kiran’s discovery of many other amours Orhan was conducting while in the relationship with her. There is also talk of him fathering a child through one of these dalliances. The literati is speculating about who the reason for break-up could be. One guess is an American-born writer, who’s also been Pamuk’s long-standing translator and close friend. But the news has come as a shock, as at the 2011 Jaipur Lit Fest it was tough to even tear them apart for their respective sessions. In fact, many thought their formal marriage was just round the corner. But, alas, that’s not to be. For now, there’s only bitterness to collect, like the dolorous Kemal in The Museum of Innocence. 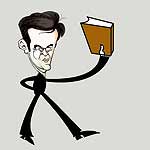 He has written the foreword for Steve Waugh’s book and wowed audiences with his Don Bradman oration. But Rahul Dravid has not always been keen to write—or speak. Reason: the prose of the cricket writers he grew up on—Peter Roebuck, Scyld Berry et al—was masterly enough for him to think he would never come close to their pitch of perfection. Dravid’s family can only hope he won’t have such high standards when he goes out to buy groceries.

Where The Air Is Rarefied