Judging by what one of the organisers of the Jaipur litfest had to say about the Rushdie affair, it was the star writer who had pushed the festival into trouble 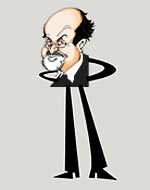 When Taslima Nasreen first received the fatwa in 1994, Salman Rushdie wrote her a letter of support, commiserating with her for being called “the female Salman Rushdie”: ”I am sorry my name’s been hung around your neck....” But this time around, it’s Rushdie who’s coming dangerously close to being called a “male Taslima Nasreen”. Judging by what one of the organisers of the Jaipur litfest had to say about the Rushdie affair, it was the star writer who had pushed the festival into trouble: Rushdie got “hysterical” when his name was kept off the programme, he declared he didn’t want to come to India “under stealth” but as an invitee. The result: the fundoos offered a Rs 1 lakh reward for throwing a shoe at Rushdie, Rs 1.25 lakh for spitting at him. 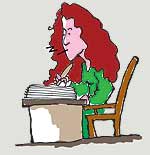 Simon & Schuster looking for a commercial Indian author to launch their list in India have signed Kishwar Desai for a three-book deal featuring the gutsy, cigarette-smoking middle-aged activist from her first thriller, Witness the Night, which won the Costa First Novel Award in 2010. Origins of Love, a crime novel like the first but double its size, deals with the thriving business of ivf and surrogacy. It’ll be launched simultaneously in the UK, India and Australia in June.

Nothing hurts an author more than to be told by a publisher that his or her book isn’t worth a launch party. But Bhaichand Patel, veteran of Delhi’s best parties, books on cocktails and singletons, isn’t the sort of man who’ll call off a party just because Penguin refuses to pay the bill. So the launch of Bollywood’s Top 20 Superstars of Indian Cinema will be held by Bhaichand himself.