Recession? What's dat? While publishers in the West are feeling the effects of the downturn, publishers here are buying almost anything. 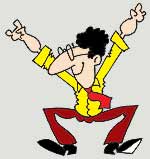 It’s been an extraordinary year for Indian publishing. While publishers in the West are feeling the effects of the downturn, publishers here are buying almost anything— fiction, non-fiction, translations, young adult, chicklit, campus lit, mythologicals, historicals, art, short stories, poetry. So great is the demand that fledgling literary agencies like Siyahi and Writer’s Side are holding auctions, getting rival houses to outbid each other for manuscripts by unknown authors, some of them as young as a 15-year-old schoolgirl whose debut YA title was bid for by five leading publishers. As a result, the signing amount for newcomers has risen to anywhere from Rs 1.5 lakh to Rs 15 lakh. Even works by poets are fetching offers of Rs 30,000 as advance royalty.

Remember when Indian authors in search of worldwide fame made a trip to the UK or US to find an agent? The reverse seems to be happening. Siyahi, the agency launched in 2007 with two authors, now has on its list authors from several countries—US, Canada, Belgium, Yemen, Egypt, Iran, Singapore—hoping to make a break in India. These don’t include pios like Tabish Khair who reportedly sacked his UK agent to move to Siyahi. Result? His last book, A Thing About Thugs, has sold rights in the US, Russia, Italy, Germany and Brazil.

Can anyone write a book? With our literary agencies doubling up as editorial servicers (the going rate is Rs 85 a page for rewriting/editing), anyone can avail of their services. The best-selling Ravinder Singh, whose first book I Too Had a Love Story sold 2.5 lakh copies so far, began by paying for editorial help from Writer’s Side.

Dehli, That Town Which Was